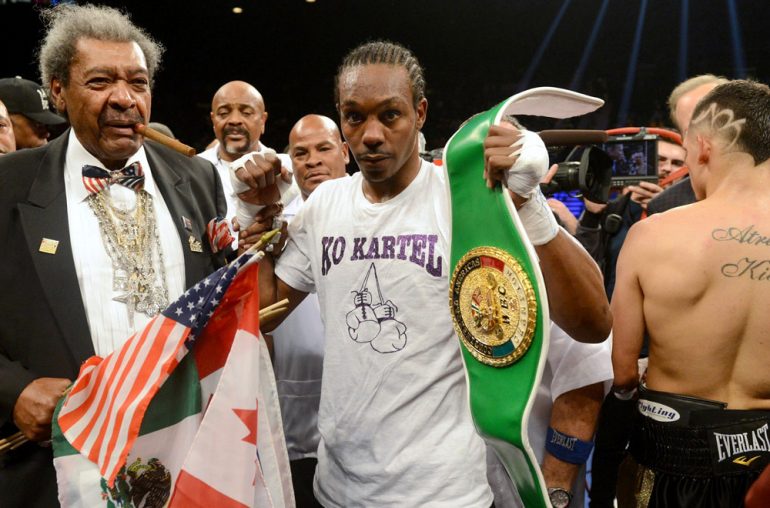 On Thursday afternoon, it was announced that former junior welterweight title challenger Amir Imam has signed a multi-year promotional deal with Top Rank..

Imam has not fought since losing to Jose Ramirez on March 17 of last year in New York City. Both Ramirez and Imam were fighting for the vacant WBC title.

The 28-year-old Imam, who was born and raised in Albany, New York, had been embroiled in a legal battle with Don King over the last several months, suing the longtime promoter in April in hopes of being released from his contract and for punitive damages. Imam’s lawsuit also included former manager Roosevelt “Stacey” McKinley. A settlement was recently agreed to by all parties, although terms remain confidential.

Imam, who will live and train in South Florida, is grateful for the opportunity of signing with Top Rank.

“I am grateful to have joined the best promotional company in boxing,” said Imam. “I have learned a lot from my past fights and have made positive changes that will allow me to succeed as I move forward to my goal of becoming a world champion. I’m eager to get back into the ring before the end of the year and showcase my skills as part of the Top Rank team. I’m looking forward to seeing what the future holds for me.”

“Amir Imam is a naturally gifted fighter who can best be defined as potentially unrealized to this point in his career,” said Kahn. “He has the physical and mental tools to be a world champion. He’s a perfect fit for Top Rank. Whether Amir continues to campaign at junior welterweight or welterweight remains to be seen but the fans will see a rejuvenated, well-prepared Amir who is on a mission to be a world champion.”

Despite almost 17 months of being out of the ring, Imam is indeed contemplating whether to continue fighting at 140 pounds or moving up to the welterweight division.

Imam was a solid prospect who became a contender in 2014 and 2015, defeating Yordenis Ugas, Fidel Maldonado and Walter Castillo. Imam suffered his first loss as a pro in an upset in November of 2015 to Adrian Granados.

After the loss to Granados, Imam won his next three bouts in the lead-up to facing Ramirez, who now holds the WBC and WBO junior welterweight titles.