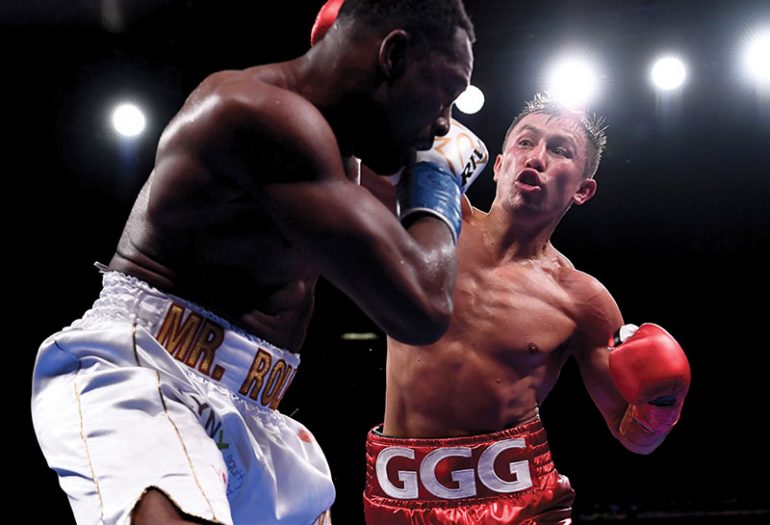 It is looking like we will see the return of Gennady Golovkin to his new home away from home, New York City, on October 5 against Sergiy Derevyanchenko.

Promoter Lou Dibella, who handles the Ukrainian Derevyanchenko, went on the Randy and Gerry Sirius show Monday and said that a deal to stage the fight at Madison Square Garden is likely to be consummated.

“I would say it’s overwhelmingly likely it’s gonna happen,” he said, and he thinks an announcement of the middleweight bout with the vacant IBF title being up for grabs is soon to be forthcoming.

That IBF crown had been held by Canelo Alvarez, but the New Jersey-based sanctioning body IBF ruled that the title should be vacated. That’s because they wanted Canelo to fight the WBO no. 1 rated hitter Derevyanchenko within a timely span.

“It’s a life changing fight” Dibella said, for Sergey and yes, that belt is meaningful. The promoter said that the belt is important because Canelo had said that he really didn’t want to bother with a third fight against GGG if GGG wasn’t holding a strap. Well, now a strap is up for grabs.

There was drama regarding that belt; the Canelo and Sergey teams talked about a fight and money. But terms weren’t reached, even after deadlines to keep on negotiating were extended.

So, if the momentum holds, we will see the 37 year old GGG once again at the Mecca of Boxing. He took out Steve Rolls in the big room on June 8 and knocked him out in 4.

The Kazahk bomber, who owns a 39-1-1 mark, lives in Cali, and has successfully downed David Lemieux and then outpointed Daniel Jacobs in the home of the Knicks.

Derevyanchenko (13-1, 10 KOs), is 33, and his only loss was by split decision for the vacant IBF belt in October 2018, versus Jacobs. People who think they saw Father Time’s gray talons pierce GGG will probably give Sergey a shot at getting the upset W in NYC. What say you, readers?