Eddie Hearn on Andy Ruiz-Anthony Joshua 2: ‘Both fighters have signed’ 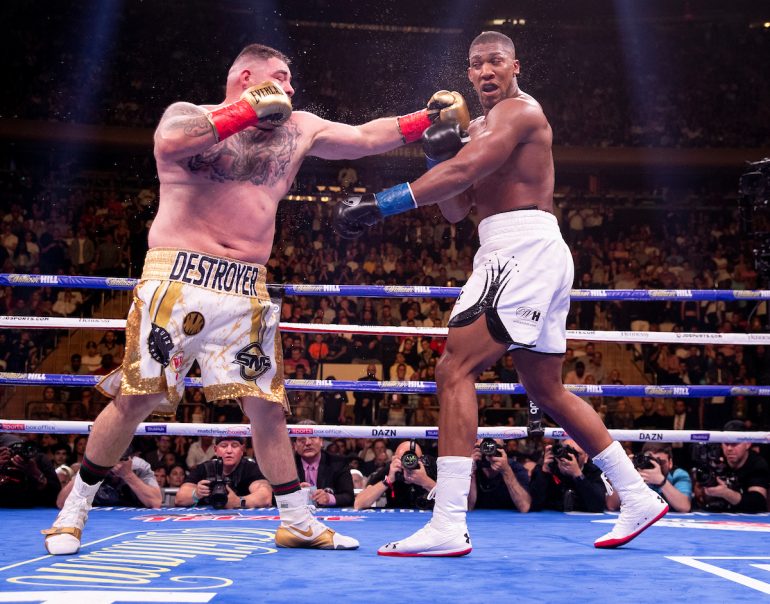 At a press conference inside the Savoy hotel in London, Matchroom promoter Eddie Hearn and Omar Khalil, Managing Partner of Skill Challenge Entertainment in Saudi Arabia confirmed that the eagerly anticipated rematch between Andy Ruiz Jr. and Anthony Joshua will indeed take place at an outdoor stadium in Diriyah, Saudi Arabia on December 7.

The 12-round bout will be carried by Sky Sports Box Office in the U.K. and will have an approximate start time of 9.00 p.m GMT. There was no mention of U.S. television availability during the press conference and traditional DAZN insignia did not appear on any of the poster artwork.

There were also rumors that Ruiz, the reigning IBF, WBA and WBO heavyweight titleholder, was not yet on board with the rematch, however, Hearn assured the assembled media that this was merely “talk.”

“Both fighters have signed for this fight,” said the Matchroom promoter, prior to waxing lyrical about Saudi Arabia’s vision for the Ruiz-Joshua sequel. Khalil echoed Hearn’s sentiments, stating that the country’s “appetite for such events is huge.”

Official press conferences for Ruiz-Joshua 2 will take place in Saudi Arabia, New York and London in the first week of September.