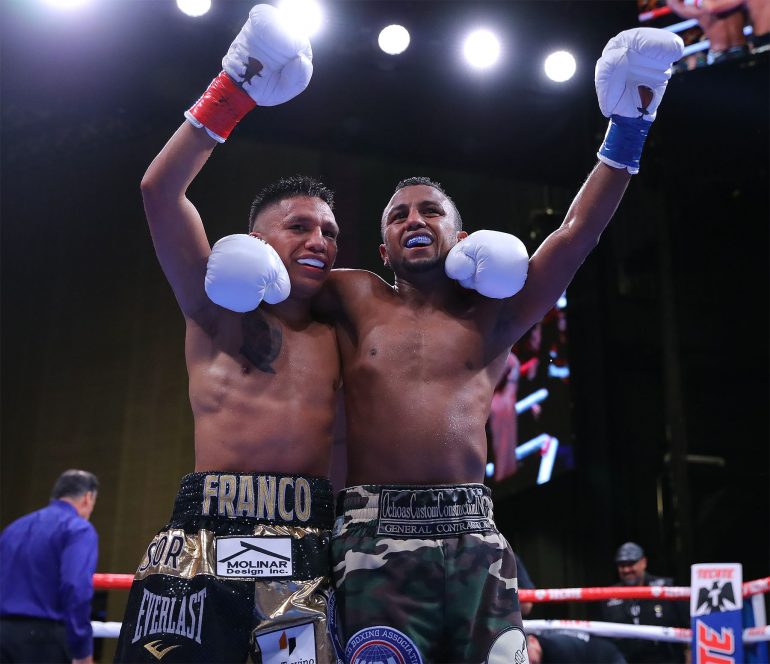 San Antonio native Joshua Franco and Colombian veteran Oscar Negrete shared another memorable 10 rounds on Saturday in Grand Prairie, Texas, and for the second time during their trilogy, the highly competitive fight ended in a draw.

Bout No. 3, the co-feature to the Vergil Ortiz Jr.-Antonio Orozco main event, was streamed live on DAZN in the U.S.

Both bantamweights picked up right where they left off after sharing 20 rounds in the ring over the past year, but it was the veteran who appeared to do the better work early on. Negrete applied constant pressure from the start, finding a home for his right uppercut. “Jaguar” staggered Franco withan uppercut in the second round, but the 23-year-old Texan collected himself and clearly won the third.

Referee Laurence Cole warned both fighters for punching below the belt in a very entertaining fourth round, which Franco appeared to win. As the middle rounds played out the younger man found his rhythm, countering Negrete as he stalked, repeatedly finding a home for his left hook to the body. Meanwhile the Colombian continued to march forward and score with overhand rights.  The punch numbers were essentially even halfway through the bout. 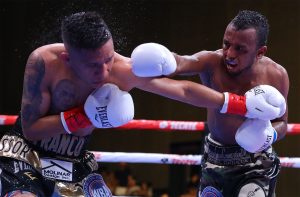 Negrete, who considered retirement after losing to Franco by split decision in April, came out with a sense of urgency in the seventh round. Franco’s trainer Robert Garcia urged him to continue working the body and use angles to stifle Negrete’s pressure. Any time either man had a moment, the other man responded. Much like their first two bouts, the third was becoming a grinding war of attrition.

It was a grueling affair over the final two rounds.  Franco would score with flashy counter combinations while Negrete seemed to do the more consistent work.  Fists were flying until the final bell as both men threw their hands up in celebration, feeling they had won the fight.  Once again it would go to the scorecards, and once again it would be close.  The judges scored it 96-94 each way, with the third seeing it 95-95, for the second draw of the Franco-Negrete series.