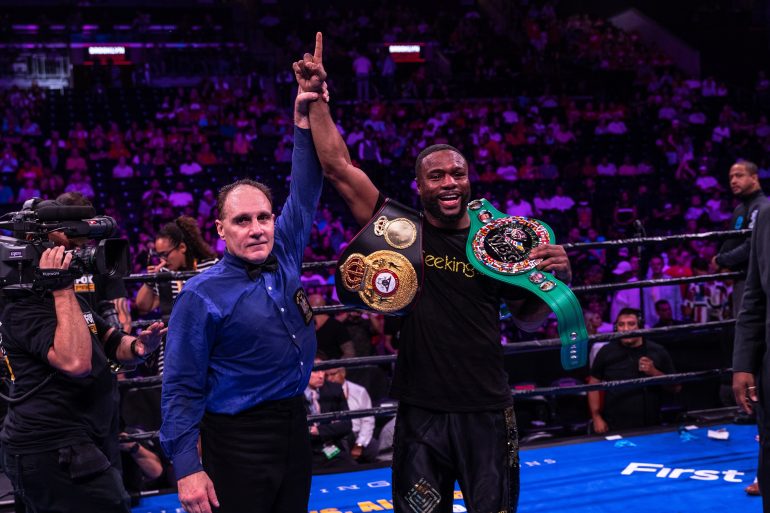 On Saturday evening, the boxing theater offered what it does every so often – the unexpected and that meant light heavyweight young gun Marcus Browne is now looking in the mirror and will be seeking to do something he’d not been asked to at this point.

The Staten Island, New York-based boxer entered Barclays Center undefeated at 23-0 (with 16 knockouts) and lost that zero. The ultra-vet Jean Pascal (36 years old, 4-4 in his last eight), without the backing of a single pundit/expert predicting he’d get the W, wrote a chapter with twists and turns that benefited him.

And we wonder what sort of questions are ricocheting around the head of Browne, who had felt the vigor associated with being unbeaten as a professional.

We reached out to his adviser Keith Connolly; will Browne seek an immediate rematch with the Canada-based boxer, who was born in Haiti?

“I need to think about it…Marcus could’ve beaten him easy if he didn’t get greedy and just picked him off from the outside,” Connolly said. “He won the entire fight except for three separate five-second stretches with the knockdowns but those seconds made the difference.”

Connolly said he chatted with matchmaker Ron Katz and got his thoughts on the scrap, which saw Pascal (34-6-1, 20 KOs) win a technical decision. The end came in round eight, after a clash of heads meant a decision was rendered early, “Katz said, in his 43 years of boxing, he’s never seen (a) cut that bad, the one from the headbutt.”

“We gonna get him in the rematch,” the tutor said. “This will definitely make Marcus a better fighter. He was winning this affair until he got comfortable.”

I told Rozier that I don’t presume he underestimated Pascal. Was there a chance Browne did? “No, I didn’t. Neither did Marcus! He just lost focus two times.”

And so the come back…How hard could that be for Browne? “Not very hard,” the Brooklyn-bred trainer said. “The fight was extremely close. One point after it was stopped from a headbutt that seemed anything but unintentional! He will be alright!”

Team Pascal seems open to getting back to it and engaging in an immediate rematch.

On behalf of @jeanpascalchamp I want 2personally thank Team @Marcus_Browne @premierboxing @PBConFOX 4the opportunity 2 make history tonight in front of an engaged pro-Browne crowd at Barclay’s center. Get well and let’s run it back whenever your healed up . #boxing #PascalBrowne

What do you all think? Will Pascal have Browne’s number now? Will he be in his head, having scored three knockdowns? Or does Browne regroup and, in a rematch, work smarter, not harder?