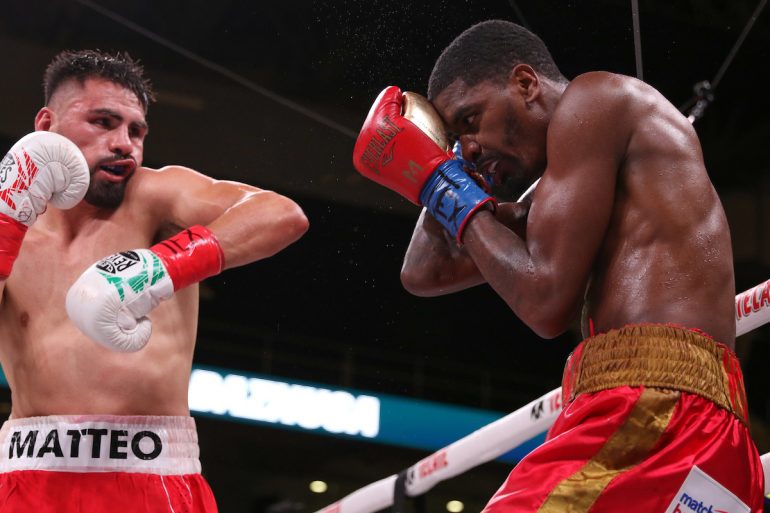 In an action fight that lived up to expectations, Ramirez (25-0, 17 knockouts) stopped Maurice Hooker in round six to become the WBC and WBO junior welterweight titles.

Going into the fight, the fight was a pick ’em between two of the best fighters in the division. Both fighters were making the third defenses of their respective world titles belts.

Midway through the opening round, Ramirez scored a knockdown of Hooker. Replays showed Ramirez inadvertently stepping on the foot of Hooker while he landed a jab, causing Hooker to fall backwards. Hooker vehemently protested to referee Mark Nelson to no avail.

Hooker did well in the opening moments of the second round, but Ramirez closed the distance, walking Ramirez down against the ropes and connecting with several punches to the body of Hooker.

Hooker did well from distance, utilizing the jab to keep Ramirez at the end of his punches in the third round. The tactic worked as Hooker was able to land counter left hooks to the head of Ramirez, followed up by right hands to the head.

“He landed good shots but they were on my forehead, not the right placement,” said Ramirez after the fight. “But he didn’t land his best right hand. I had to be very careful in there.”

Both fighters had their moments during the fifth round. Ramirez attacked the body, but Hooker was able to capitalize with left hooks to the head. The back-and-forth action between the two fighters brought most of the almost sell-out crowd at the College Park Center to their feet.

The pace of the fight slowed during round six, which seems to favor Hooker as he continued to keep his distance from Ramirez. Midway through the round, Ramirez threw and landed a left hand to the chin. Ramirez followed up with another left hand to the head that sent Hooker reeling against the ropes. Ramirez followed up by landing several punches to a defenseless Hooker that prompted referee Mark Nelson to step in and stop the bout at the 1:48 mark.

Ramirez emphatically ran to his corner and embraced trainer Robert Garcia. In a sign of sportsmanship and respect, something that was reflective during the build-up to the fight, Ramirez went to Hooker’s corner to embrace him. 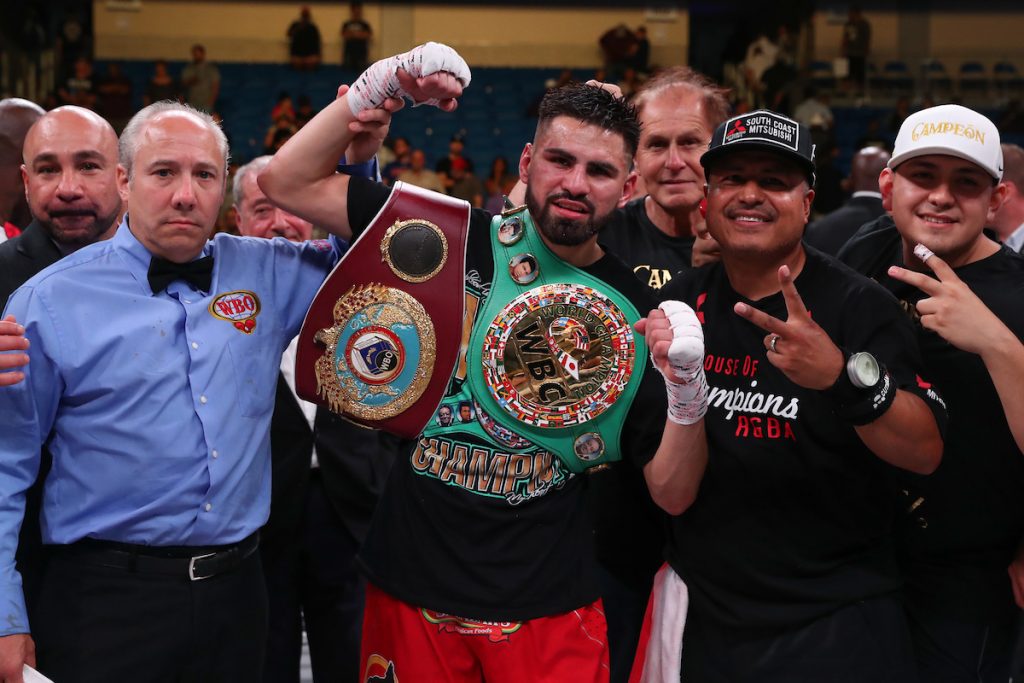 “I went back to my fundamentals,” said Ramirez, who resides in the California farming community of Avenal. “Working my jab, and I was closing the distance. Then when I got in range, I gave him that one-two jab that just works so well for me.”

Ramirez will now wait for the winner of the World Boxing Super Series (WBSS) final, which is scheduled to take place later this year. Regis Prograis owns the WBA world title, while Taylor is the IBF titleholder.

“I signed up to fight against the top fighters. Me and Hooker stepped up to make this happen. They have to do it because it is a tournament.”

“I lost my focus for a split-second. You can’t do that against a world-class fighter like Ramirez.”

Hooker, who reportedly was having trouble making weight, is not sure about his future and whether to remain as a junior welterweight or move up to 147 pounds.

“I’ll have to sit down and discuss that with my team,” said Hooker.