Vladimir Shishkin: ‘With Dmitriy Salita, I think my dreams will come true!’ 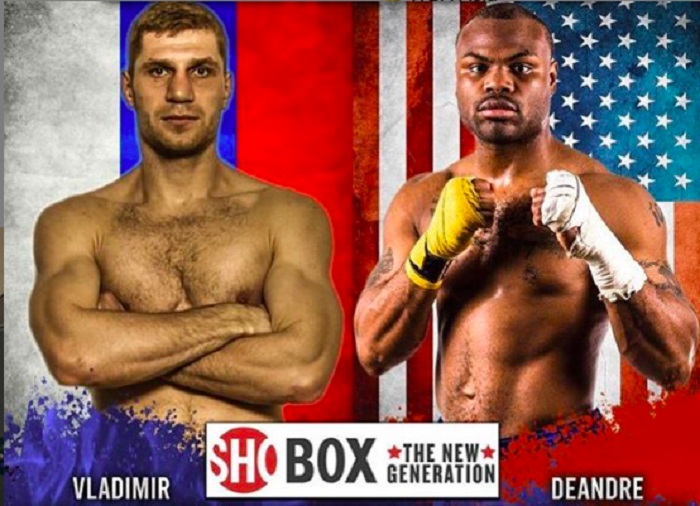 Arguably Dmitriy Salita has made more headway in less time than any next-gen promoter in the game.

You could counter me and evoke Eddie Hearn’s name but easy-going Eddie learned at the foot of his pop Barry, who was a behemoth in the game as Eddie was a pup.

Salita transitioned from the fighting life to the promotional sphere and his stable is growing week by week. Witness: Salita has a super middleweight he’s pumped about by the name of Vladimir Shishkin, who is 28 and holds an 8-0 (with 5 knockouts) pro record.

Perhaps more gaudy than the professional mark is his amateur pedigree. Shishkin, who grew up in in the village of Stepnoye in the Saratov region of Russia, went 301-29 as he learned the craft.

Salita checked in with The Ring and gave his take on the Shishkin, who gloves up August 23, versus DeAndre Ware (13-1-2, 8 KOs), on “ShoBox.” “Vladimir is one of the rare talents that can progress significantly faster than one would think from the amount of fights he’s had,” said Salita. “He is a blue-chipper and that is why, in his first fight in the U.S., he is fighting the very good and battle-tested DeAndre Ware.”

Some background on the Russian: His mother Anna works as a registered nurse at a hospital and dad Igor works for an oil company as a driller. He has an older sister Irina, who does telemarketing for a bank.

I messaged Shishkin and asked him how and why he got into the sweet and savage science. “My uncle brought me to the boxing. I was 11 years old; as there was only soccer and boxing in the village, the choice was obvious. There in Russia it is still tough and dangerous, especially in the villages. I had to stand up for myself. Also girls in Russia choose the strongest boy and I like girls!”

He shared his take on his progress rising the ladder. 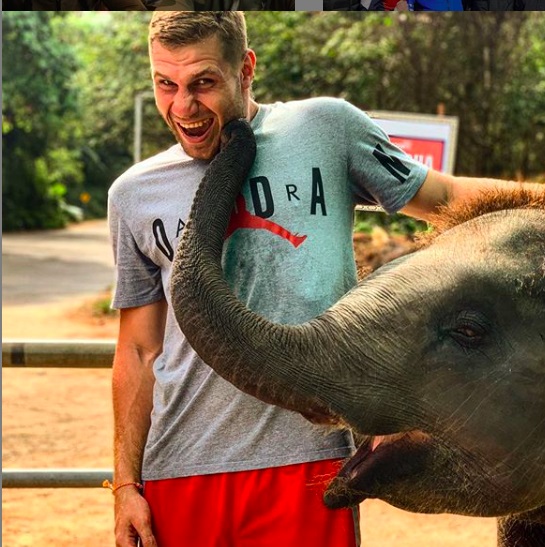 “My amateur career was difficult, all the competition at my own expense. My family was very poor. There was no money. I could not to go abroad. I did not go outside the Saratov region to train. With that, I became the champion of Russia under 19. At one national tournament, I got noticed and was offered to enter the School of Olympic Reserve; that is number one boxing and sports academy in Russia. So I started to grow very quick, I started winning open class men’s tournaments one by one. I dreamed of getting to the Olympic Games but when faced with amateur boxing, I realized that everything was corrupt there. I don’t want to talk too much about it. There are a lot of reasons. Over time, the desire left me but I looked at the American stars in Muhammad Ali, Mike Tyson, Roy Jones (Jr.), Floyd Mayweather (Jr.) but it seemed to me a just ultimate dream. I met new trainer Alexey Galeev one day; he offered me to perform as a pro. I gladly agreed and, in 2016, I made my debut in the professional ring in Riga, Latvia.”

“I won by KO and was extremely happy! In my opinion, my professional boxing career is only developing but I was waiting on fights six months and more because I had no promoter. I was on the B-side in most fights. I won two belts, WBA Asia and the WBA Continental but was not satisfied. I could be a world champion with the right promoter. And finally I find one. Thank you to Salita, who signed me, to believe in me.”

In his most recent outing, he met veteran and former 175-pound title challenger Nadjib Mohammedi, and won via 10-round stoppage last October.

“The last fight with Mohammedi gave me a lot of lessons. I really understood what professional boxing is, the clinches, rationality, and for the first time I felt the long distance of 10 rounds. I remember this fight most of all,” he continued.

OK, if I haven’t seen Shishkin fight, what’s his manner?

“My style is to box, use speed and movement, I grew up in the words of Muhammad Ali – ‘Float like a butterfly; sting like a bee!’ There is a lot to learn, for example, how to fight in close distance, how to clinch; I want to be in it like Andre Ward! I think America will teach me a lot. I think that it’s a lucky ticket to new life and I want to become an absolute undisputed champion. Now I’m talking about 168; maybe I will go up in other weight division. Why not? I want to leave a big mark in boxing! With cooperation with new promotional company, with Salita, I think my dreams come true!”

And his scouting report on the Ohioan Ware, who comes in off a win over Ronald Ellis, last February?

“Ware is a strong fighter with a good technique and an aggressive style,” Shishkin said. “I will look to control the distance and catch him with effective counterpunches. I look forward to putting forth a great performance and an exciting victory!”

I’m going to leave you with something to chew on, from the promoter, who, yes, does have a dog in the hunt. However let’s file this statement by Salita and see how it checks out in the next year:

“Shishkin is good enough to beat (The Ring/WBA super middleweight champion) Callum Smith in about five fights,” Salita stated. “He is special!”