Jessie Magdaleno: ‘Nothing is going to stand in my way, especially Rafael Rivera’ 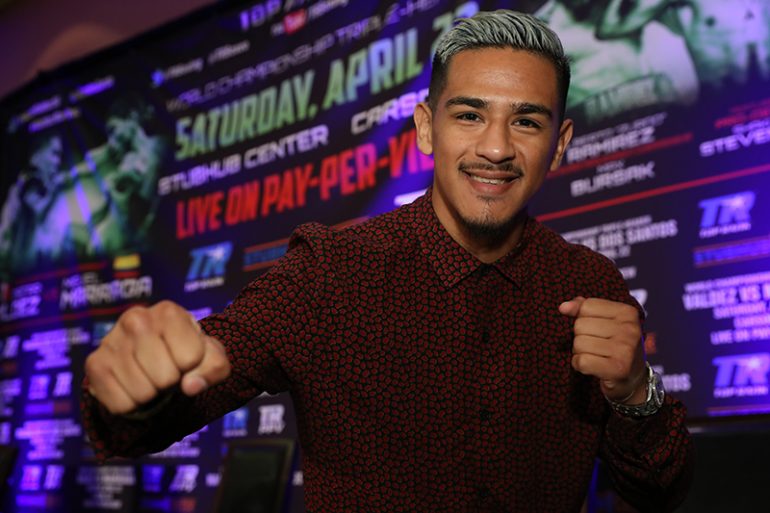 The 10-round bout will take place at the Banc of California Stadium in Los Angeles. It will precede the main event between WBO junior featherweight titleholder Emanuel Navarrete and Francisco De Vaca.

This will be the first time a fight card has been held at the Banc of California Stadium, home of Major League Soccer’s Los Angeles Football Club, which opened in April of last year. The venue’s capacity is approximately 23,000 but will reportedly be scaled down for approximately 8,000 fans on fight night.

The 27-year-old Magdaleno (26-1, 18 knockouts) believes a win over Rivera could put him in line for another world title shot.

“This is a great opportunity as I continue my quest to become a two-weight world champion,” said Magdaleno, who is managed by Frank Espinoza. “Nothing is going to stand in my way, especially Rafael Rivera. He is a tough guy, but I am in a different class.”

In his last bout, Rivera (27-3-2, 18 KOs) scored a fifth-round knockout of David Godinez on May 21 in his hometown of Tijuana, Mexico. Three months earlier, he took on WBA featherweight titleholder Leo Santa Cruz on three weeks’ notice and dropped a unanimous decision.

The 25-year-old Rivera, who also has losses to Joseph ‘Jo Jo’ Diaz and Joet Gonzalez, believes he can grind out a victory based on his level of opposition.

“I have experience at the highest level of the sport, so Magdaleno is not going to intimidate me,” said Rivera, who made his pro debut three weeks after his 18th birthday. “I know what a win would mean for my career. I am going to bring my Mexican fighting spirit to Los Angeles and hand Magdaleno the second loss of his career.”

Also on the Top Rank card, welterweight contender Chris van Heerden (27-2-1, 12 KOs), who is originally from South Africa and now resides in the Los Angeles suburb of Santa Monica, will face Aslanbek Kozaev (33-2-1, 8 KOs) of Russia in a 10-round bout.

Junior welterweight contender and Los Angeles native Arnold Barboza (21-0, 8 KOs) will square off against Mexico’s Jose Luis Rodriguez (25-13-1, 13 KOs) in a 10-round bout.