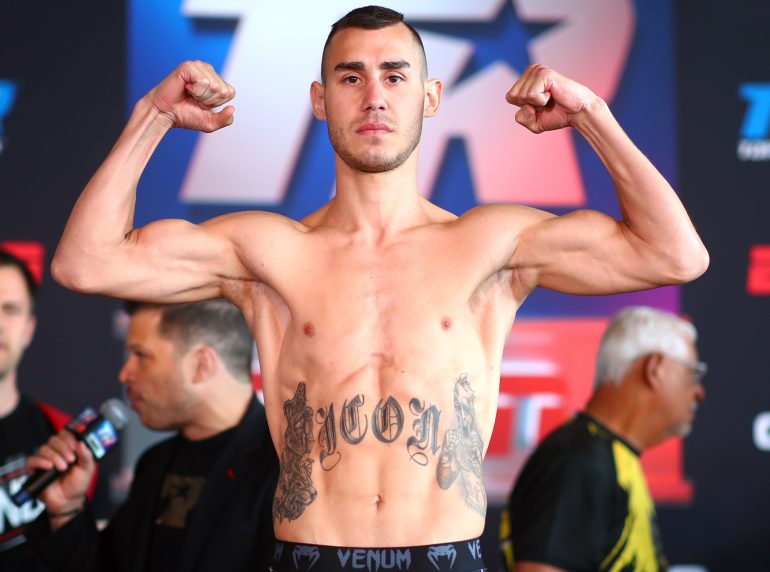 The news that Maxim Dadashev had died, succumbing to head trauma which occured during his July 19 bout versus Subriel Matias in Maryland, hit fight fans hard. But that development struck many fighters that much harder; after all, all of them contemplate, to one degree or another, the possibility that they could suffer a severe injury, or worse, from engaging in the sweet science.

Not, perhaps, the most fitting description of “pugilism,” which in itself a euphemistic tag for “fighting.”

Here is a sampling of some of the reaction from fighters, active and retired, after learning that the 28 year old Russian fighter, who lived in California, died on Tuesday morning.

He’d undergone surgery on Saturday morning, because a brain bleed caused swelling, and doctors attempted to minimize damage from that.

Brooklyn’s Heather Hardy summarized skillfully, from the heart, some of what fighters might be feeling as they take in the news of Dadashev’s death:

Every time I read a story like this I question my life choices. I’ve had over 50 stitches in my face and multiple…

This is a sobering take, and helps us on the outside understand that such a development doesn’t happen in a vacuum. Yes, the fighters do indeed ponder the possibilities, positive and negative, of what they do.

One boxer, Stan Martyniouk, was hit in the gut by the news. Also based in California, Martyniouk recently met Dadashev and they became close. When did he meet Max? “Since I started training camp to help him get ready for his fight beginning of June. But we developed a strong friendship, he didn’t have too many friends so me and him became very close,” said the 34 year old man, who owns a 20-2 record.

Terence Crawford, the pound for pound ace, weighed in:

Wow my heart heavy right now. I remember walking to the gas station with Maxim after he weighed in for one of his fights. Pray for his family to have strength in these tuff times because he was a good dude. RIP

Vet Jean Pascal helped with perspective. The Canada resident himself gloves up Aug. 3, in a light heavyweight title challenge against Marcus Browne at Barclays Center in Brooklyn:

Another sad day for boxing ?. We are like soldiers. We going to war for our country, family, loved ones and we never know if we’ll make it back home. RIP Dadashev?? pic.twitter.com/16ppicBltk

Not every fighter, of course, offers a public statement following such a tragedy. It makes sense – sometimes it feels better to steer away from confronting the possible downsides to the sport.

One takeaway from the death of Dadashev – we on the outside can and should always be respectful of the potential outcomes when two people fight. It is incumbent on us to treat those warriors with dignity and not expect too much of them. They are only human, and sometimes seek to act super-human. It’s why we lionize them…but let’s all try and remember Dadashev the next time we are tempted to ask harshly why a fighter chooses to stay on his or her stool.