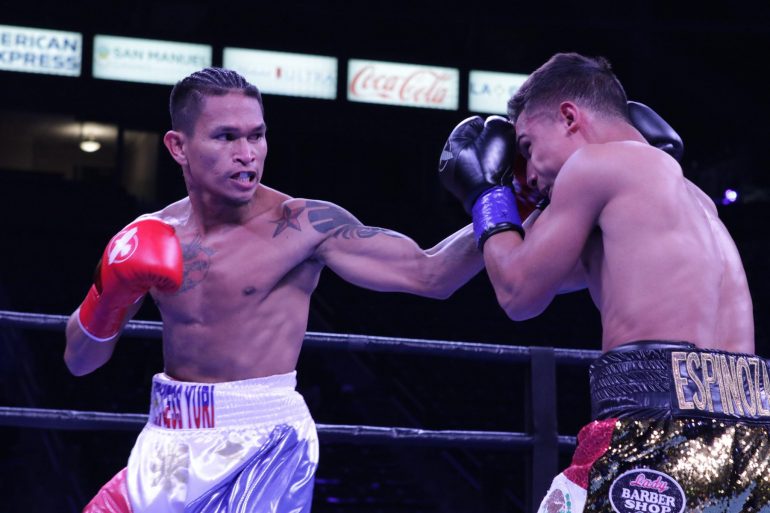 After reviving his career in his most recent outing, John Riel Casimero will return to the Philippines for a defense of his WBO “interim” bantamweight title against Cesar Ramirez on August 24.

Casimero’s representative Sean Gibbons tells The Ring that no venue has been set yet, but the winner will face WBO bantamweight titleholder Zolani Tete within 90 days.

Casimero (27-4, 18 knockouts) of Ormoc City, Philippines finally added the U.S. to his long list of countries he’s fought in, knocking out Ricardo Espinoza in round 12 to win the belt. The interim designation was ordered because the South African was past due for a mandatory defense due to his involvement in the World Boxing Super Series. Tete withdrew from the WBSS a few days later due to a shoulder injury, beginning the countdown to his next mandatory.

Ramirez (18-3, 11 KOs) of Tepic, Mexico is a year older than Casimero at 31, and is riding a six-fight winning streak since his 2016 loss to Ryan Burnett in the United Kingdom.

“Cesar Ramirez is a good boxer but I will do my best to win,” said Casimero, a former junior flyweight and flyweight titleholder who describes Ramirez as a “jabber, boxer, counter-puncher.”

Casimero had been training with Manny Pacquiao for the past month as Pacquiao prepared to fight Keith Thurman, and was part of his entourage on fight night at the MGM Grand in Las Vegas. Casimero will return to the Philippines on Tuesday for the first birthday of his daughter Yuri and finish his training camp there, said Gibbons, adding that the fight will be televised in the Philippines by ABS-CBN.

“I love Casimero, he’s one of these guys unfortunately in a weird way been under the radar even though he’s won three world titles, fought in seven different countries, and the people haven’t really gotten a chance to appreciate him,” said Gibbons, who says the Tete fight would take place in the U.S. or the U.K.

“Casimero is a wild dude, he’s a fun guy, and I’m hoping that in this fight on ABS they’ll give a great fight and then get to Tete and then he wants the world. Inoue, anybody. Casimero can rumble with anybody.”