Has Keith Thurman corrected the error of that perilous seventh round? 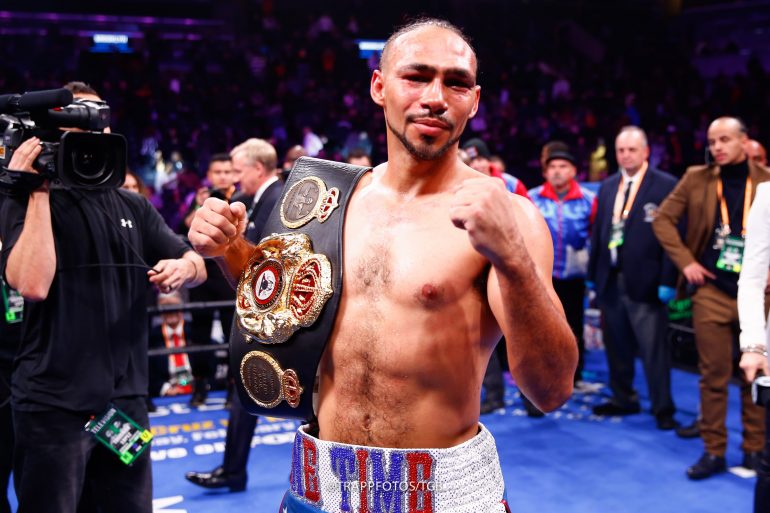 It was months ago, yet it won’t go away. Not at least until sometime Saturday night in steamy Las Vegas.

The dubious fissures surfaced in Keith Thurman’s supposed iron veneer. “One Time” openly admitted “it wasn’t my best training camp,” entering his fight against Josesito Lopez back in January, coming off a 22-month layoff from the ring. Thurman counted on his “boxing ability” to get him through the fight.

For one round, the seventh, that “boxing ability” betrayed him.

One left hook sent Thurman off balance, stumbling back into the ropes and in real trouble. One Time for the first time was in danger of losing his first fight. Thurman survived, and came away convinced he’s better for it.

Can he take that kind of punch and survive against the legendary Manny Pacquiao (61-7-2, 39 knockouts) this Saturday night on the PBC on Fox Sports Pay-Per-View (9PM ET/ 6PM PT) from the MGM Grand Garden Arena?

Thurman, the WBA welterweight champion, feels he answered those queries when he beat back Lopez’s challenge six months ago.

However, they still hover.

As he had his hands raised after beating Lopez, a knowing nod and smirk creased One Time’s face.

Thurman knew who was next.

Despite Lopez forcing Thurman (29-0, 22 KOs) to retreat, and shredding One Time’s game plan with pressure and quick punches.

Pacquiao is 40, though he’s far better than Lopez. Can Pac-Man generate the kind of sustained volume against Thurman?

“In the seventh round I showed once again that Keith Thurman is not a punk. If you want to fight me, fight me. You want to hurt me, hurt me. If you drop me, you drop me, but you better stop me. As long as you don’t stop me, I’m coming out the champion like I always do because that’s what I do.

“I box hard, I box smart and I’m always looking for the win. I’m always prepared to challenge myself. I was brought up in this sport, I’m a real fighter, I’m a real boxer, I’m educated and Manny Pacquiao is going to get a piece of it one-on-one.”

Thurman vows he learned from the Lopez fight and that Pacquiao won’t be ab le to get him as Lopez had.

“I try to explain to you guys from the beginning of the year when the Josesito Lopez fight happened,” One Time explained. “All of 2019 is just Keith Thurman getting back. This is still a get back year. At least I’m staying busy and I’m taking the momentum from one training camp into the next training camp.

“I hired two strength and conditioning coaches and I’m really dedicated and I’m taking this seriously because being great requires great effort. We all know that Floyd Mayweather wasn’t one of the best ever because he was able to eat McDonald’s and make weight. It’s because he was running a lot of miles. He was doing standing sit ups. He was boxing his butt off and eating McDonald’s as well as making weight.

“So, to be great it takes great effort. I’m applying myself in a better fashion and I believe that it should show in the fight. I should have a better performance.”

No one will know for sure, including Keith Thurman himself, until sometime Saturday night.

Some fractures in the facing tend to crack further until corrected.