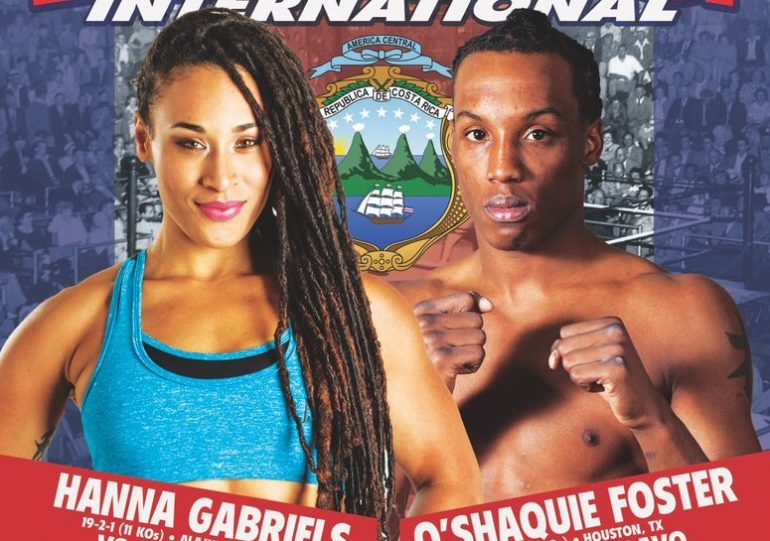 Bravo was the aggressor from the opening bell but Foster began to effectively counter with one and two-punch combinations. Foster, who resides in Houston, was the more accurate of the two fighters.

Foster began winning rounds more convincingly as the bout progressed. Bravo’s punch output began to diminish significantly during the second half of the fight.

The end came in round eight when Bravo was going to land a right cross after pushing a jab. Foster beat Bravo to it, loading a right hand that connected, dropping Bravo to the canvas. The time of the knockout was 2:59.

Foster, who is promoted by Lou DiBella and managed by Keith Mills, has now won his last six bouts.

“O’Shaquie was sensational in round eight,” DiBella told RingTV.com later in the evening. “It was a really good performance.”

Hanna Gabriels, who resides in nearby Alajuela, won a hard-fought unanimous decision over Abril Vidal of Argentina.

Scores were 97-93 twice and 96-94 for Gabriels, who improves to 20-2-1 (with 11 KOs). Gabriels, who successfully defended her WBA junior middleweight title, has now won her last two fights since losing to Claressa Shields on June 22 of last year.

Heavyweight Trey Lippe-Morrison, the son of the late former WBO heavyweight titleholder Tommy Morrison, stopped Venezuela’s Pedro Martinez (10-2, 4 KOs) in the sixth round. Lippe-Morrison, who improves to 16-0 (with 16 KOs), was fighting for the first time in over a year after recovering from a series of ailments and injuries. He is trained by Freddie Roach.

The card was co-promoted by Lou DiBella and Fercobox LLC and drew a crowd of about 4,000, the venue’s capacity.