Dillian Whyte: ‘Oscar Rivas is dangerous. He’s got it all. This is going to be a fight’ 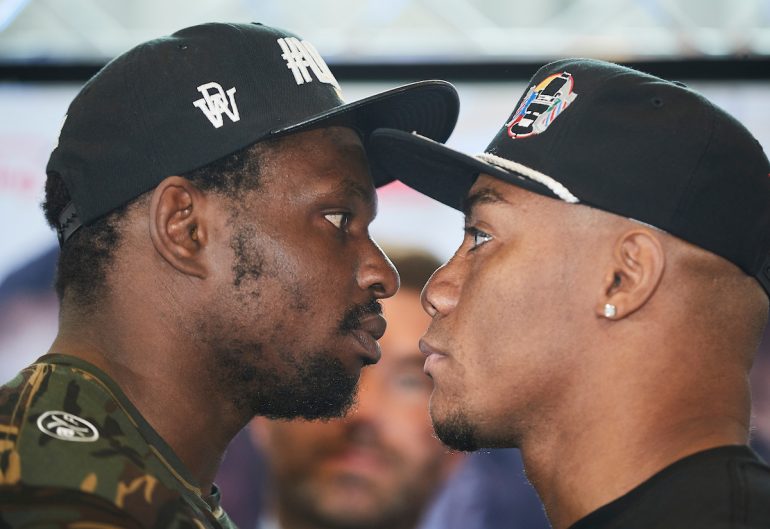 Heavyweight contender Dillian Whyte has placed himself in the underdog role ahead of his O2 Arena bout with Oscar Rivas.

Whyte headlines a DAZN/ Sky Box Office bill and this week has been packed with media obligations, but it is something he has started to take in his stride.

“It feels good,” he said of the build-up. “There’s a lot of pressure, [being] the main event but it feels good. It feels like I’ve worked for this and I’ve finally earned the position so it’s good to start to reap the rewards, you know?”

He completed dozens of interviews today, a couple of days removed from what could be the fight of his life, and he admitted that task was laborious.

“It is a struggle but without the media and without the fans you can never be a true superstar,” he said. “It doesn’t matter how great a fighter you are, if you haven’t got media coverage and the fans behind you you are done, so I see it as part of the job. The media and the fans have helped support me so I try to give back to them because it doesn’t cost me that much, a bit of time but that’s about it.”

And Whyte has gained traction with British fans, not just for his combative fighting style but for being the man who takes tough fight after tough fight. “I’ve just been myself, I showed more of myself that’s it,” he said of his increased popularity.

And regardless of what happens with Rivas, he refuses to think about gimme fights.

“I’m just cheating myself and cheating the fans,” he explained of looking for high-level opposition while staying in the WBC’s mandatory spot. “I’m not them [other fighters who meet softer opposition]. Then what happens? When they fight for a title they get banged over in a round because they haven’t done the true learning they should have done, they tried to cheat their way and go through, so I make sure I do what I need to do. And it’s cheating the fans as well. What’s the point of someone paying their hard-earned money to see a knockout of some top 50 opponent? It makes no sense. You’re top five in the world, you need to fight top guys. If the top guys aren’t available you work your way down but you shouldn’t be voluntarily picking guys like that.” 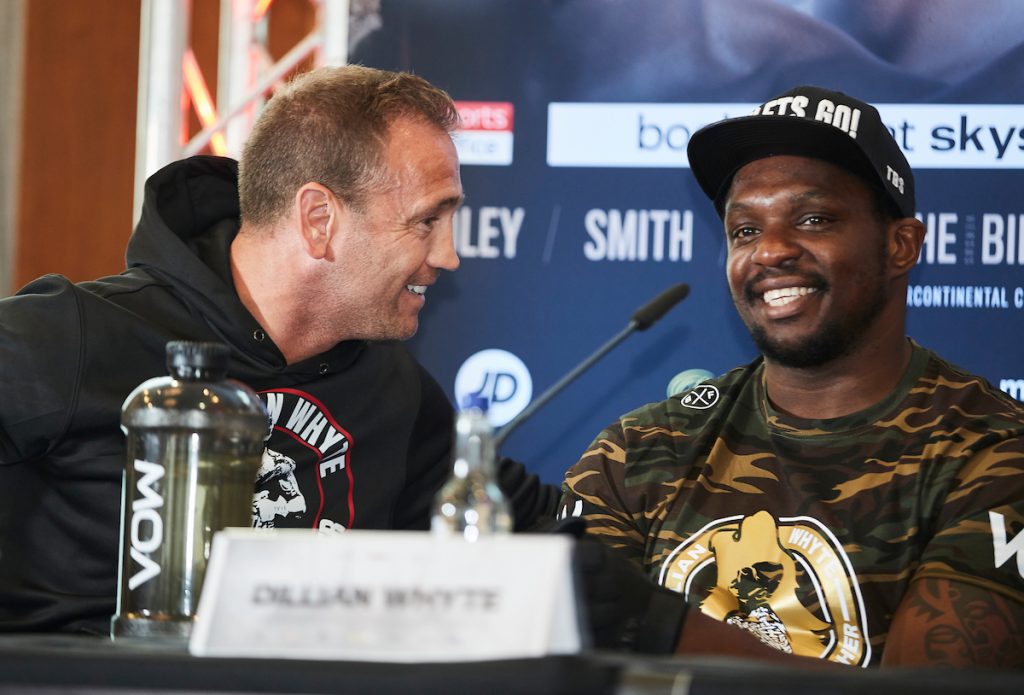 Whyte has not allowed himself to get too bogged down by the sport’s shifting political landscape. And he’s looking forward to his music hitting in London on Saturday.

“By that stage I become a different person, I become a whole different person,” he said. “By the time it kicks in I’m turning into some sort of savage man who fears no one, who wants to destroy everything in front of him. That thing lives inside of me, I just learned to control it more. It was like that when I was a child, just sheer rage and anger but I learned to control that over the years and I just use it for the right things. When I was younger it spiralled out of control and it got me into trouble.”

Now he figures highly among the world’s best heavyweights, a spot in a landscape which will likely further change by the end of the year.

“[Deontay] Wilder’s got one, no one care’s what his knockout ratio is. Now it’s a top four, top five but that’s heavyweight boxing. It changes every day. If you’re a gambling man, you can’t bet on heavyweight boxing because it changes.”

Now he puts it on the line against Colombia’s Canada-based Rivas and he knows he has plenty at stake. It’s why he insists he is not looking beyond his opponent. “I like being the underdog because the underdog is the most effective dog in the fight,” he continued. “Everyone thinks about the dog that’s on top but the dog on the bottom is where the vital organs and everything is, underneath.

“I’ve been here before many times. Once again I’m the underdog. He’s in great shape, look at him. I’ve been in the game a while and I’ve seen different styles, I’ve learned from my mistakes and I’ve adapted in different fights.

“I’m unconventional, I adapt to my situation. I find a way to defeat them, I’ve come up short once and we know what happened then [against Anthony Joshua]. I don’t overlook no one.

“The man is dangerous. He’s got it all. Look at him. This is going to be a fight, and I fight. That’s what I do. I don’t do a lot of things well but I know how to fight.”