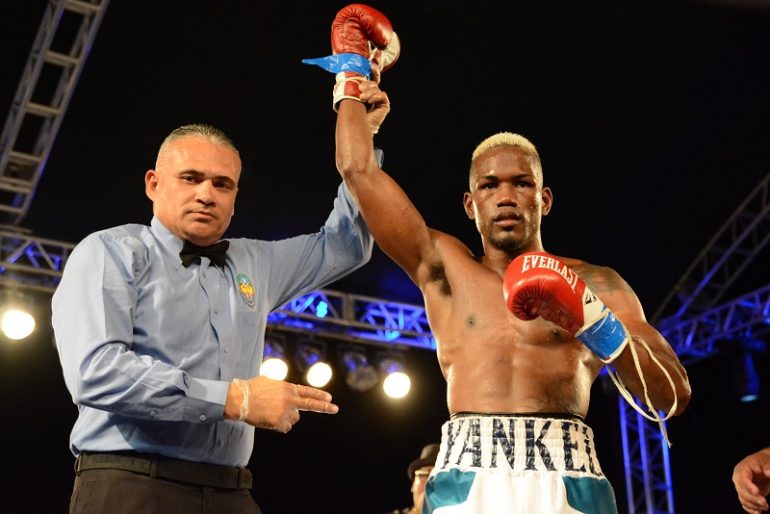 On paper, the fight looks a fan friendly fight and appears to represent a step up for both men. However, Matías (13-0, 13 knockouts) is treating it like any other fight.

“It’s just a fight for me because for all the fights I train very hard,” Matías told RingTV.com through interpreter Fernando Gaztambide. “I feel very good. I am in my best condition for this important fight that will take me to a world title. We are going to give everything in the ring. The fans will enjoy my fighting style.”

“I know he has good resources in technical boxing, good hands, power and on Friday I will show you what his weaknesses are,” Matías explained. “I have worked for any type of fight that he brings to the ring.

“I do not like to talk about my fight plan because everything changes from one second to another. I will only say that on Friday what for many will be a surprise, for us it will be the result of the great work done for this fight in the gym.”

Matías, who has trained in his hometown and nearby Guaynabo with trainers ‘Cano’ Matos, Angel ‘Indio’ Guevara and Anthony Otero, is keen to move his career forward.

“Fresh Productions has managed to take me to this opportunity,” he said. “Everything is step-by-step and now we understand that it is our moment to fight for a world title. This fight becomes, for the moment, the most important of my career.”

Juan Ivan Orengo of Fresh Productions has very high hopes for his fighter and believes Matías can one day join another of his fighters as a world champion.

“We only work with champions,” said Orengo. “With the short time we have in this business we have crowned Emmanuel Rodriguez and Subriel Matías will not be the exception.”