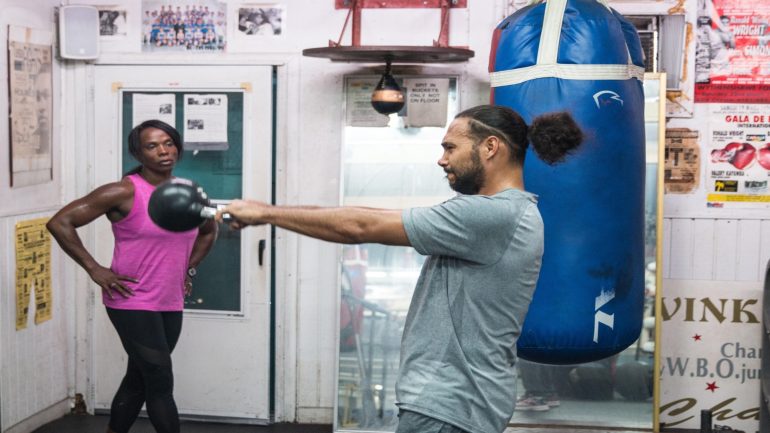 Manny Pacquiao took to his Instagram account last month and unveiled an absolutely shredded physique, with an eight pack to match his status as the only eight-division world champion in boxing history. It’s almost as if the 40-year-old boxing legend — with 70 pro fights to his legendary name — has discovered the fountain of youth.

Well prior to seeing that image, Keith Thurman already knew his upcoming bout against Pacquiao would be the biggest fight of his career. If anything, seeing a chiseled “Pacman” probably motivated the WBA “super” welterweight champion to enter the ring Saturday night at the MGM Grand in the best shape of his life as well.

Thurman touched down in Las Vegas on Monday after closing out his training camp on Sunday. One of his two strength and conditioning coaches for this camp vows Thurman has channeled the “One Time” power of old. Whether that translates to a knockout — something Thurman hasn’t been able to accomplish since July 2015 — remains to be seen.

“I will tell you right now, Keith is in the best shape that I’ve seen,” Kimberly Doehnert told Sporting News. “He’s shredded. His overall conditioning and the way he looks … Keith looks like his earlier years when he first started boxing. He’s bringing that power and youth to the ring.”

“Power and the fact that he’s 30 years old, he’s at the height of the welterweight division, height of everything in his life,” Doehnert continued. “A lot of things have changed for Keith over the years — he got married, family changes — so, there’s a different perspective.”

To the former, Thurman downplays any notion of an edge other than being the only “One Time” he knows how to be. He does admit, however, that his team accentuate his talent and skills.

“There is no edge. It’s hard work and dedication,” Thurman told SN, borrowing a line from Floyd Mayweather Jr. “Just doing what you need to do being a champion. The edge is being Keith Thurman. There’s only one Keith Thurman on this planet.

“My trainers will tell you that I push myself,” he added. “I know what work I need to do as a champion. The difference is that I surround myself with the best and people who let me be me. I know what I need to do, I have the top trainers who complement what I’m already doing and that’s why Kimberly is in my corner.”

Doehnert has been in Thurman’s corner since he was born. She’s not only one of Thurman’s coaches; she’s also his aunt.

“I’m Aunty Kim,” she said. “Everyone calls me Aunty Kim. I do have a government name (laughing).”

That government name has plenty of credentials attached to it, as Doehnert is an International Federation of BodyBuilding and Fitness figure pro and a National Academy of Sports Medicine (NASM)-certified personal trainer with 27 years in the fitness industry. She’s also a U.S. Army veteran.

This marks the fourth training camp Doehnert has been on duty for her nephew, as she has been strengthening the WBA champion’s core and flexibility with everything from weighted planks to kettlebell swings and band work. She also handles Thurman’s nutrition, as he has showed off on his IG account.

What has made this camp different than ones in the past is that Doehnert lived with Thurman in downtown St. Petersburg, Fla. for all eight weeks leading up to this mega fight.

“Training is a lot different when you have your coach living with you,” she affirmed. “There is a different dynamic.”

While things can sometimes get hairy when family works together in any capacity, Doehnert says both Thurman — and herself — being straight up with each other fuels their working relationship efficiently. And of course, having known him his entire life as his aunt helps in that regard as well.

“I just think he trusts me that if I tell him something, it doesn’t come halfway,” Doehnert said. “I don’t half-step. I’m pretty direct. But there is an element of family. You never want to hurt anyone’s feelings, especially family, but sometimes we have to go there. I think he knows he can with me.

“Working with someone who knows you,” she added, “I could tell if something needs to be addressed.”

Doehnert’s contributions immediately paid dividends, starting with Thurman’s July 2015 clash with Luis Collazo. Thurman reached out to his aunt to bolster his core entering that fight; his midsection was strong enough to sustain a punishing left hook to the body in the fifth round of that clash. Although he nearly went down due to the vicious shot, Thurman overcame that adversity and made the rugged Collazo quit on his stool before the eighth round.

“He really needed something else to add to his core training,” Doehnert remembers about being tasked to help her nephew four years ago. “He needed training for having to be strong for those type of blows. He felt like he needed different angles of strength added to his training.”

While Doehnert handles all of Thurman’s meal prep and says that she will have “special meals created at the MGM Grand for him” to immediately consume following Friday’s weigh-in, she does get an assist from her brother and Thurman’s dad, Keith Thurman Sr., in the form of a specially concocted green juice that the champ downs regularly — especially over the past few weeks.

The green juice’s ingredients include everything from Spirulina to kale, celery, a green apple, one lemon and half of a Habanero pepper to kick that extra sweat and toxins out of the champ’s body.

“My brother makes it and he either brings it to the gym, delivers it through me, or brings it directly over here,” Doehnert said of the family effort. “We’ve also made it here in the house. That green juice is one of the things that he relies on. It’s definitely powerful when it comes to hydration and also giving you the nutrition.

“I do all the cooking based on his activity level because that’s my specialty —competitive weight loss.” 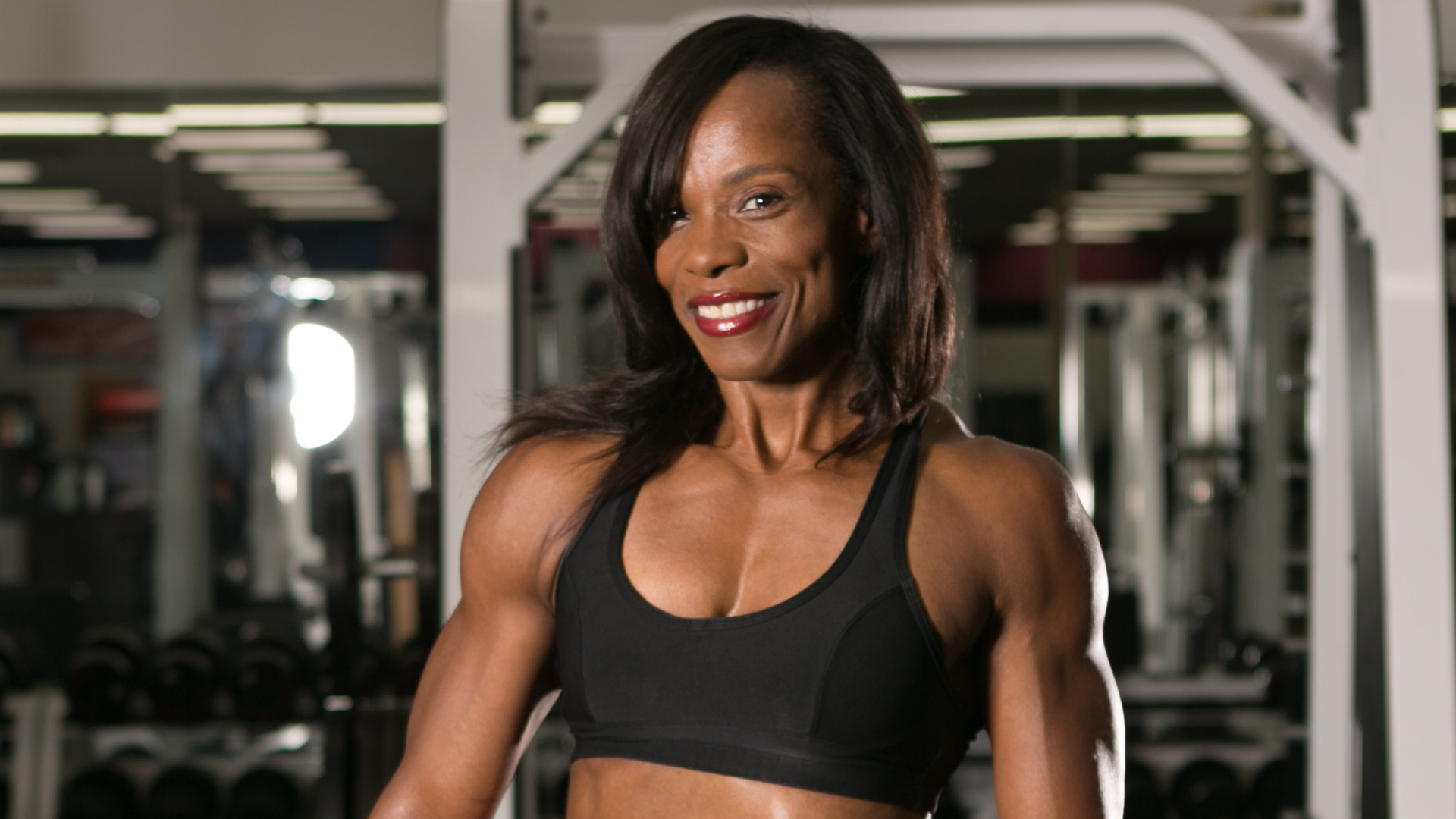 Doehnert’s vast experience as a personal trainer and pro bodybuilder only enhances that, as she compared the latter experience with what Thurman has to endure in boxing, when it comes to placating to the judges.

“You need to know what the judges are looking for,” she said. “If you are not trained for them, then you’re going to lose. I’m a strategist and Keith has me here for strategy.”

Her experience in the military has also been infused into the fight preparation.

“Being in the Army, you learn how to work as a team and get results,” she added. “That experience gave me the no-excuse mindset.”

There are no excuses for Thurman. The WBA champion had plenty of ring rust and survived a seventh round from hell before defeating a game Josesito Lopez by majority decision in January. He’s looking to prove the performance was nothing more than an aberration as a result of a 22-month layoff caused by elbow surgery and a hand injury.

And then there’s the fact Thurman has done a lot of trash talking heading into this fight, vowing to punch Paquiao into sleep mode and retire the icon — something that has fueled the legend’s motivation entering this fight.

Following the New York City news conference to formally announce the fight this past May, Thurman told SN this Pacquiao fight serves as the Mayweather fight that eluded him years ago.

“There is no more Floyd and soon there will be no more Pacquiao.”@keithfthurmanjr is ready to put Manny to bed. pic.twitter.com/mHSb6u3yni

Now, it’s time to back up all that talk. An emphatic win over Pacquiao would help cement Thurman’s fighting legacy and launch his career to new heights.

“We felt this all along since he signed that contract,” Doehnert said.

“His life is never going to be the same.”