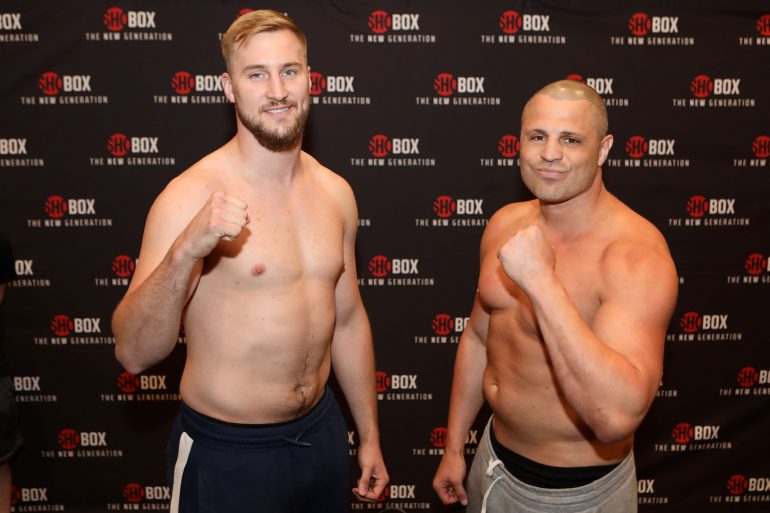 Otto Wallin’s string of bad luck on Showtime cards continued Friday night when his opponent B.J. Flores was denied a medical license for their ten round fight.

According to a press release from Salita Promotions, “the doctor appointed by the boxing commission to oversee tonight’s event reviewed medical tests and determined that B.J. Flores would not be medically cleared to compete.”

The decision to not license Flores came down from Washington State Department of Licensing spokesperson Gigi Zenk Friday afternoon. No further details were provided due to medical privacy issues.

Wallin, 28, of Sundsvall, Sweden had his U.S. debut this past April go just three minutes and end in a no contest after an accidental headbutt caused a cut on Nick Kisner that was deemed too bad to allow the fight to continue.

The 40-year-old Flores (34-4-1, 21 KOs) is a career cruiserweight but has been competing as an undersized heavyweight in recent years. His last fight was nearly a year ago when he was dropped six times against Trevor Bryan in a fourth round technical knockout loss.

Flores came in at the heaviest weight of his career at Friday’s weigh-in, weighing 234 3/4 pounds, while Wallin was 234 even.