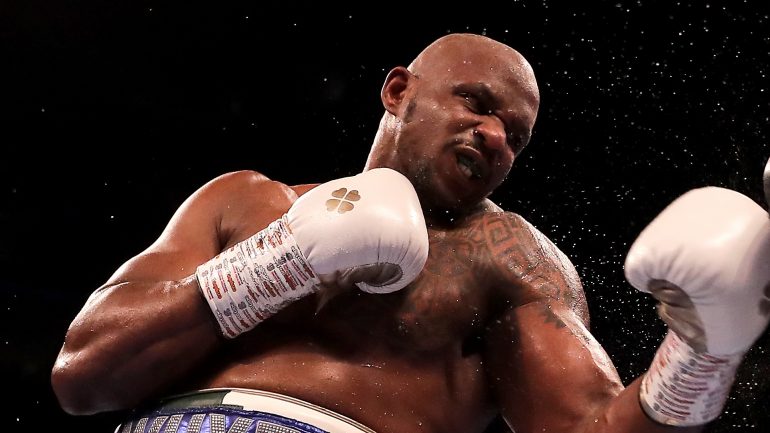 An interesting couple of weeks awaits the heavyweights of Great Britain as a number of its leading big men participate in big fights. Here, Sporting News examines those in action over the next two weekends as the division tries to make sense of itself.

The best heavyweight in Britain who isn’t named “Joshua” or “Fury,” but Dillian Whyte believes he’s every bit as great as the two men who stand above him in the current domestic rankings. Since losing to Anthony Joshua at the backend of 2015, Whyte has rebuilt himself in impressive fashion and has registered brilliant wins over Dereck Chisora, Lucas Browne and Joseph Parker. The London brawler has an interesting task coming against dangerous Colombian, Oscar Rivas, on July 20th. If victorious, he simply must nail a major opportunity before his prime passes.

Joe Joyce’s career could have a different theme attached to it if he wasn’t controversially beaten by France’s Tony Yoka at the 2016 Olympics in Brazil. Joyce, once a decorated member of Team GB, took the baton from Anthony Joshua when the Watford man turned professional in 2013 and he represented his domestic amateur vest impressively. Since turning professional in 2017, Joyce has amassed a brilliant record and has registered stoppage wins over Bermane Stiverne and Alexander Ustinov. Next up for Joyce is former world title challenger, Bryant Jennings, on July 13th, before a domestic showdown with the winner of Daniel Dubois/Nathan Gorman takes place by the end of the year.

Once considered a strong favorite to grab a heavyweight medal at the 2020 Olympics, London’s Daniel Dubois traded in the possibility of a four-year amateur journey in favor of professional experience. Signed by famed promoter, Frank Warren, and made a central part of his plans, Dubois has answered every single question posed to him since turning over in the spring of 2017. With his most serious examination imminent against fellow prospect, Nathan Gorman, another spectacular outing from Dubois could persuade his doubters that he’s very much the real deal.

The cousin of Tyson Fury, Nathan Gorman certainly has a vast array of skills like his family member, but his quiet approach has kept him out the spotlight since turning professional at the backend of 2015. Trained by Ricky Hatton in Manchester, Gorman hasn’t been showered in adulation like Britain’s other heavyweights, but he has the chance to emerge from the shadows on July 13th when he tackles the heavy-handed Daniel Dubois. Gorman may not be at the center of boxing fans’ consciousness now, but a win over Dubois should help put him there.

Extremely unfortunate to drop a points decision to then-world champion, Joseph Parker, in 2017, Hughie Fury has since lost to quality Bulgarian, Kubrat Pulev, and is currently in rebuilding mode since going down to Pulev last October. On July 12th, Fury travels to the Middle East to take on Samuel Peter in a gross mismatch against a fighter who has seen better days. His experience at the top level should see him return there soon and with the British scene currently the healthiest its been in a long time, a big fight might be close for Fury.