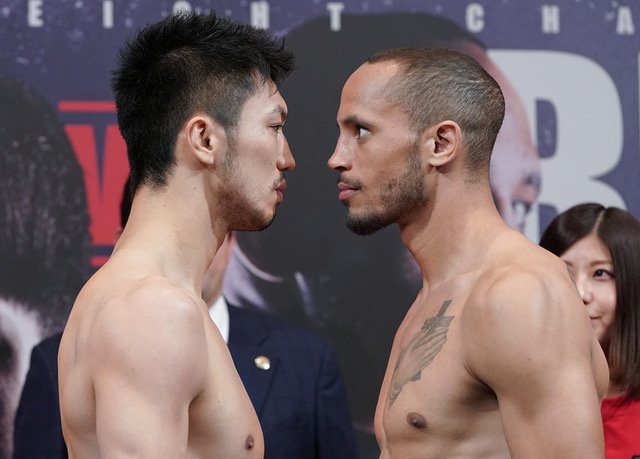 Murata and Brant engage in a staredown after weighing in for their rematch. Photo by Naoki Fukuda/Top Rank
11
Jul
by Ryan Songalia

Both Rob Brant and Ryota Murata weighed in at 159.25 pounds on Thursday ahead of their rematch in Osaka, Japan.

Brant (25-1, 17 knockouts) scored an upset victory over the 2012 Olympic gold medalist Murata (14-2, 11 KOs) in their first meeting last October, winning a wide unanimous decision in Las Vegas off the strength of his superior work rate. Brant made one defense of the WBA (regular) middleweight belt he won, stopping Khasan Baysangurov in eleven rounds this past February.

Now Murata will have homecourt advantage at the EDION Arena.

Both fights will be shown in the U.S. on ESPN+, beginning at 7 a.m. ET on Friday. 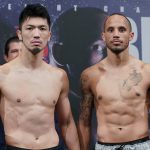 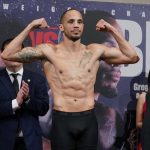 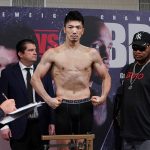 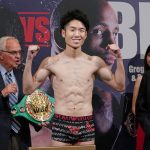 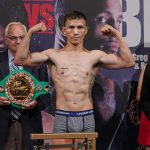 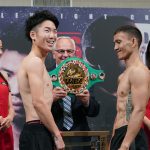