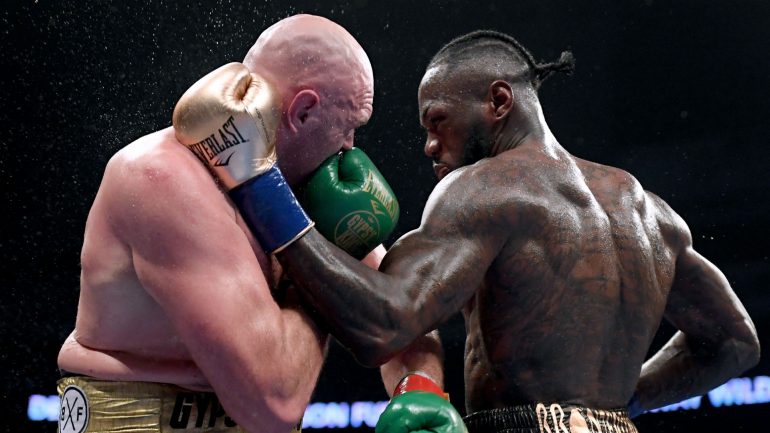 Tyson Fury has announced his rematch with Deontay Wilder will take place on Feb. 22.

WBC heavyweight champion Wilder confirmed in June that “contracts have been signed” for a repeat of their enthralling battle from last December, which ended in a controversial split-decision draw.

“The Bronze Bomber” intends to take on Luis Ortiz beforehand, while Fury said after defeating Tom Schwarz in June that he was planning another outing in New York prior to facing Wilder again.

A date for a second meeting, which is expected to take place in Las Vegas, is now scheduled in the calendar for 2020, according to Fury.

“The rematch has been confirmed and signed — February 22, it’s on,” he said.

Wilder floored Fury in the ninth and 12th rounds during their first encounter in Los Angeles, but the self-anointed lineal champion somehow got back to his feet to avoid defeat.