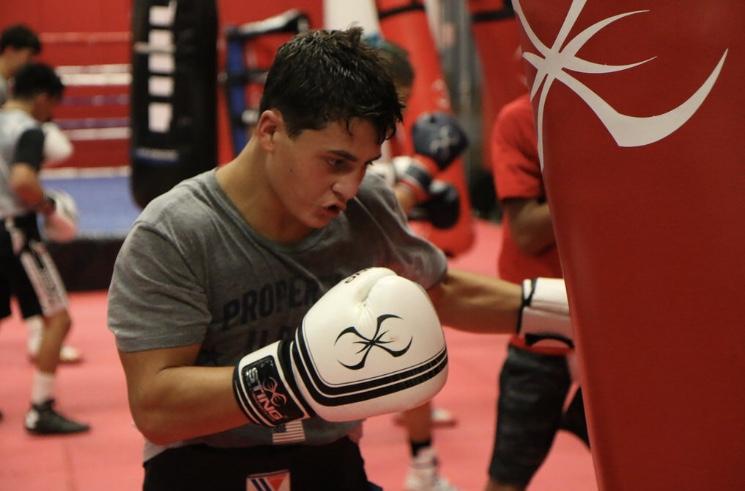 This was Mielnicki’s first foray into something he’s always wanted to do—box. It’s just that Vito had no idea it would start in a Newark church basement.

The third day was different.

“That started it,” Mielnicki recalled, laughing. “My first day, I was this suburban kid from North Jersey, and the only white kid in there. I looked around and no one looked like me. I was a kid. I started to love boxing that third day. It turned into a whole new lifestyle where I wanted to go to the gym every day. I wanted to get better.”

Mielnicki, a rangy, 5-foot-11 welterweight, will be making his pro debut on the Shakur Stevenson undercard next Saturday, July 13, at the Prudential Center in Newark, New Jersey. He’ll be making history as the youngest fighter ever to be a licensed pro in the state of New Jersey.

He’s defined as a boxer-puncher and grew up emulating Roberto Duran.

What’s more Mielnicki, who turned 17 on May 10, will be entering his senior year of high school at West Essex High, in North Jersey. 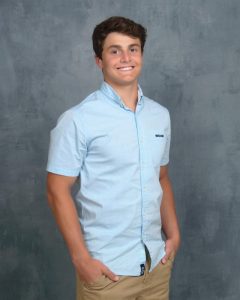 Vito Mielnicki Jr. is looking to show he’s more than just a pretty face in the ring.

Mielnicki, who is trained by Dwyke Flemmings and Muhammad Salaam, can look back and laugh at his intro into boxing. His father, Vito Mielnicki Sr., signed his son up for a month—and regardless of all of his crying, Vito Jr. was going to stick it out.

“I laugh at it, and then again, I look at as everything happens for a reason and my father told me I had to finish out the 30 days,” said Vito Jr., who amassed a 147-22 amateur record and was a four-time Junior National Golden Gloves champion (2011, 2012, 2014 and 2015), named Most Outstanding Boxer in 2011. “I felt I was getting better as the days went on. I started to feel more comfortable at the gym, and the more I was there, the more I started feeling more comfortable with everyone and everyone felt comfortable with me.

“I kept going back. I think that’s what I can take from the experience. I was crying, but I still did it. My first coach was in my face, and when I went over to my dad, he sent me back in there. My dad gave me no breaks. My coach gave me no breaks. It’s probably the best thing that happened to me.

“Seeing a white kid boxing, it’s different. Even today, I’m a white kid and people look at me as this ‘pretty boy.’ Then I fight, and that changes. People see how I fight and respect comes.”

Like the kids that would challenge Mielnicki in school. When kids hear someone is taking karate or boxing, they like to test them. A few tried that with Mielnicki. They didn’t fare very well. When he was 10, Mielnicki stopped someone who tried him. It lasted seconds. Mielnicki is actually good friends with the same kid today.

The respect in the ring came by competing in tournaments at eight. He won his first 10 fights.

There is going to be a lot of pressure on Mielnicki in his pro debut. He’s sold a healthy number of tickets for his four-round fight.

He’ll need to learn how to put the brakes on his emotions, which he admits, will be running high.

But you get the sense that Mielnicki is more than just a “pretty boy” trying to make in the mean game of boxing.

“I’ll focus on fighting my fight,” said Vito, who would have been too young to make the 2020 Olympic team and would have had to wait until 2024 for the Olympics. “I have a feeling once it starts, and I know it comes with the territory, I’ll be okay.

“I really can’t wait. My weight is right there. It’s good. I don’t know how much longer I’ll be a welterweight, because I’m still growing. Right now, I’m in a comfort zone where I am.”