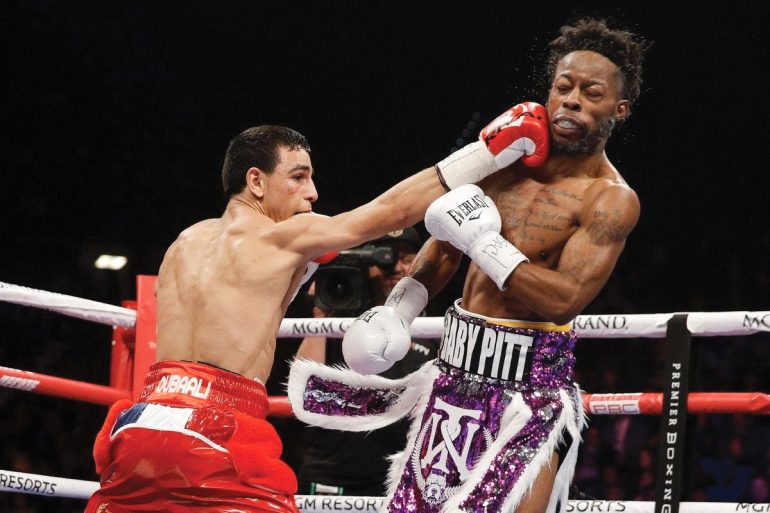 Nordine Oubaali has no shortage of confidence in his ability in the ring. Winning a world title belt has reinforced his belief that he is the best bantamweight in boxing today.

Oubaali wants to face the best fighters at 118 pounds, but will first make a voluntary defense of his WBC title Saturday when he faces Arthur Villanueva at the Barys Arena in Nur-Sultan (Astana), Kazakhstan.

Oubaali captured the vacant WBC title on Jan. 19, defeating contender Rau’shee Warren by unanimous decision in Las Vegas. Oubaali, who is of Moroccan descent, was fighting for only the second time outside his native France.

Despite personal issues, Oubaali learned more about himself as a fighter in the lead-up and during the Warren fight.

“I learned (a) couple of things, like to be more patient and stay focused on whatever could happen,” Oubaali told “There were a couple of things outside the ring that tried to make us lose our focus.”

Ranked No. 5 by The Ring, Oubaali is the favorite going into the Villanueva fight. Villanueva, who resides in Bacolod City in the Philippines, has only won twice in his last five bouts, but Oubaali is not overlooking the 30-year-old Villanueva.

“I expect my opponent will give his best and everything to try to beat me,” said the southpaw Oubaali. “I’ve studied his strengths with great detail and I can take advantage of those and exploit them.”

Oubaali holds one piece of the bantamweight championship. IBF titleholder Nonito Donaire and WBA titleholder Naoya Inoue are scheduled to fight in a unification fight and in the World Boxing Super (WBSS) tournament final later this year. Zolani Tete, who is injured, is the WBO titleholder.

Should Oubaali defeat Villanueva, he wants to face any of the world titleholders in the division and is eyeing the winner of the Donaire-Inoue fight.

“Of course I would love to face the winner of the WBSS tournament, but first I have to focus on defending my title. I don’t think people will consider me as a favorite, but it doesn’t matter because the most important (thing) is that I know I’m able to beat any of them.”

Inoue is recognized by most as the best bantamweight in boxing today. Oubaali, who has been fighting as a pro since March of 2014, is quick to point out he has faced the most adversity thus far.

With his awkward style and punching prowess, Oubaali believes he is the best fighter at 118 pounds.

“My belief is that I’m the best bantamweight in boxing. I’m also powerful. I can adapt myself to any style. I’m also the smartest in the division.”