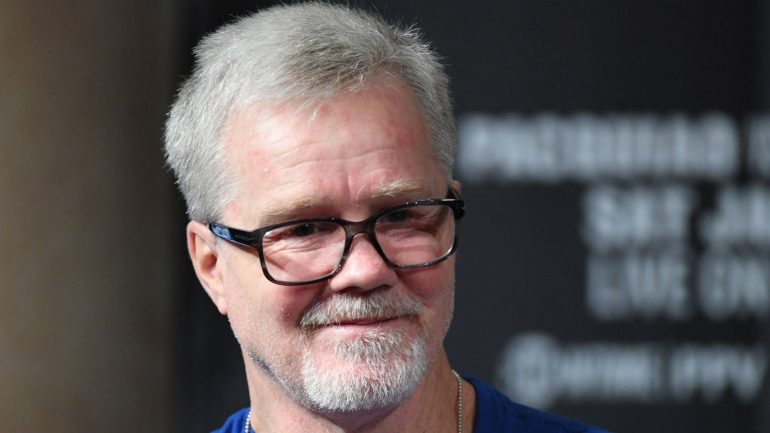 You can do your beach, your chilling and grilling, maybe watch the tanks roll into DC, marvel at the bombs bursting in air.

Freddie Roach, he’s going to be doing his thing, living the ring life at his Wild Card Gym in LA, and yes, he tells us, his man, Senator Manny Pacquiao, will be there going through his paces, continuing to ready himself for a July 20 PPV clash in Vegas against Keith Thurman.

Or, as Roach likes to put it, and did in a Wednesday phoner, “One Time versus All Time.” Or, alternately, as “that dud from Florida,” stated in the context of us discussing July 4th plans. Dud, as in fireworks… Get it?

Manny spars 12 rounds today (Thursday), then they go down to eight, six and four. There are four days of sparring left, for the record. And what, you expect Freddie to tell me that Manny isn’t looking amazing? Sorry, seekers of verbal curveballs from “Dedham” Freddie. “Manny is a little angry, that makes him more aggressive, and I like when he comes forward, he was showing signs of that in his last fight,” the Hall of Fame tutor said, referring to Manny’s handling of Adrien Broner. 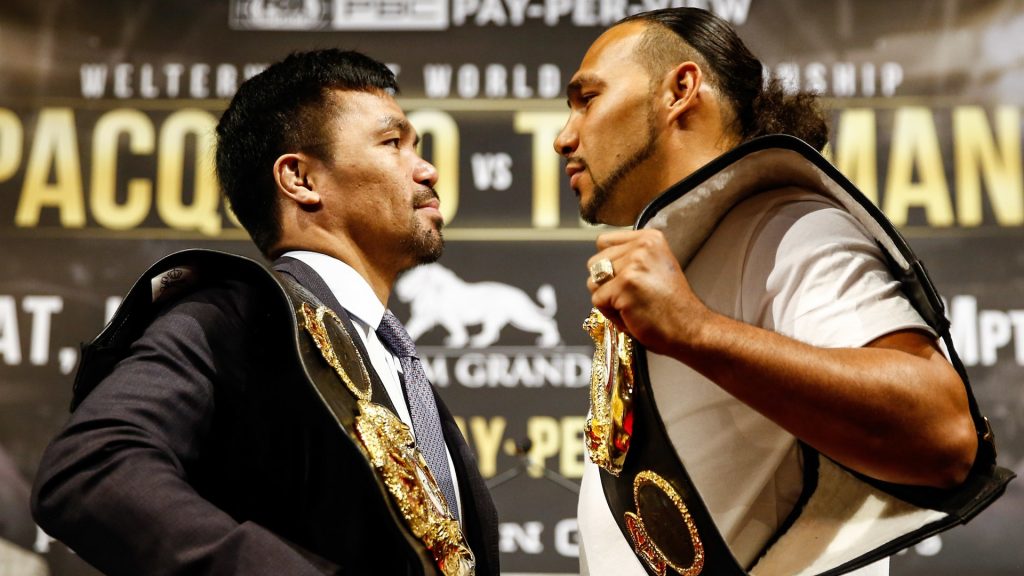 Manny Pacquiao and Keith Thurman stare each other down during the kick-off presser for their July 20 crossroads welterweight title bout.

We can expect Manny’s gas tank to be as per usual solid; he does road work on flat land on sparring days, and runs those hills in savage fashion on non-sparring days. Two hours and 10 minutes of running those hills last time out, said the trainer, and he’d like that cut back some, so the veteran retains freshness in those legs. And with regard to those legs, does Roach expect Manny to be using them in excess, in trying to track down Thurman, who in recent years is more mover than brain shaker?

“Keith is a good fighter but his last three fights, he’s looked worse and worse,” said Roach, before lightly mocking Thurman’s running barefoot in the sand. No, he didn’t call him a hippy-dippy freak, but yes, he thinks Keith’s best days are behind him; that injuries have sapped zest from “One Time.” They will still be ready for an attacking Thurman, should he follow his stated intent to try and drop, stop and retire Manny, or if he fights how I expect him to; potshot, slip and slide, use the younger legs to his advantage.

No, Manny isn’t thinking that Thurman’s past his prime and an easy mark, Freddie said. The Senator wants to work every damn day, but Freddie pulled him back, asking him to take more time off. He doesn’t seem even slightly worried, saying that Manny will be able to see Thurman’s launches, and that the over-hand right comes with ample warning before it’s unleashed.

“But we don’t expect an easy fight,” Freddie continued.

But yes, a win is expected… And then? Let’s for argument’s sake posit that Pacman beats “One Time” July 20. Next would be what, ideally? “Manny and me want that (Floyd) Mayweather rematch, though Floyd doesn’t seem to want to get back into the game. So, (Terence) Crawford, (Errol) Spence, we wouldn’t say no to those young guns. The winner of a Danny Garcia versus Mikey Garcia fight if that got made. We’re not here, Manny’s not here to just compete. He’s there to be the best.”

So, Freddie, any last words? “Yeah, shoutout to everyone in Dedham, Mass., the holiday is always great there. There will be fireworks, I’m sure. Unlike from that dud down in Florida!”