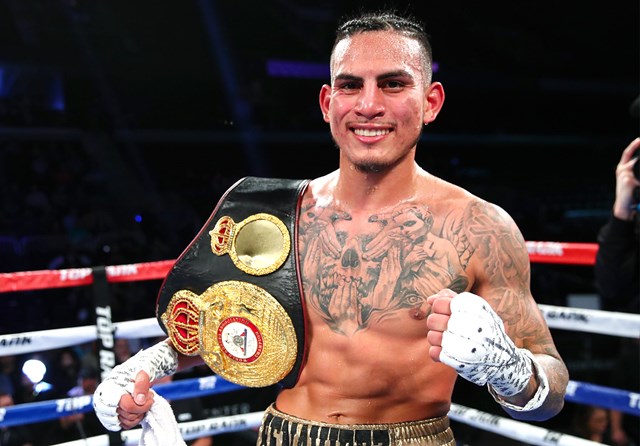 The 10-round bout will take place at the Banc of California Stadium in Los Angeles. The venue is home to Major League Soccer’s Los Angeles Football Club (LAFC).

ESPN and ESPN Deportes will broadcast the fight live.

The clash between Benavidez and Collazo is a crossroads fight where a loss could severely hinder any attempt for the loser to ever fight for a world title belt.

“(It is) safe to say the winner ensures his career will move forward,” Moretti told The Ring. “The loser will need to re-evaluate what exactly is next.”

Benavidez (27-1, 18 knockouts), who lives and trains in Phoenix, hasn’t fought since losing by knockout to WBO welterweight titleholder Terence Crawford on Oct. 13. It was his first attempt at a world title belt.

In August 2016, Benavidez, who made his pro debut at the age of 17, was shot in the right knee as he jogged through a Phoenix neighborhood. The 27-year-old was told by doctors that he would never fight again but made a remarkable recovery. He returned to the ring on Feb. 3 of last year, stopped Matthew Strode, then knocked out Venezuela’s Frank Rojas four months later.

Collazo (39-7, 20 KOs), who resides in the Queens borough of New York City, has found success in recent fights. In his last bout on Mar. 17, Collazo defeated fringe contender Samuel Vargas by split decision.

The 38-year-old Collazo, who earlier this year signed a promotional deal with Top Rank, has won his last three bouts since losing by knockout to Keith Thurman in May 2015.

Collazo, who is currently ranked No. 10 by the WBO, held the WBA welterweight title before losing a controversial decision to Ricky Hatton in May 2006.

There is no word yet on the televised supporting bouts for Benavidez-Collazo.