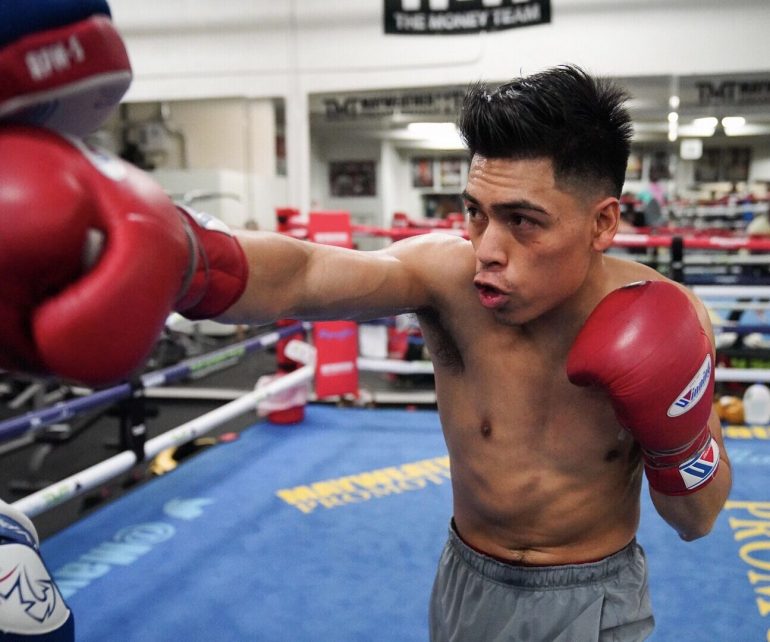 Angelo Leo is quickly becoming a force to be reckoned with in the junior featherweight division.

The unbeaten Leo was victorious again Friday night, defeating veteran Mark John Yap of the Philippines at the Sam’s Town Hotel and Gambling Hall in Leo’s hometown of Las Vegas.

Leo was impressive in his last bout on Apr. 5, which also took place at the Sam’s Town and Gambling Hall. Leo was dominant over 10 one-sided rounds, defeating Neil John Tabanao by decision, a fight which aired on Showtime’s ’ShoBox’ series.

The 25-year-old Leo was the more-effective fighter throughout the fight. Yap attempted to mount an offense, but Leo quickly put him on the defensive by throwing and landing two-three punch combinations.

Yap, who is originally from the Philippines and now resides in Osaka, Japan, drops to 30-14 (15 KOs).

Hunter was coming off an upset victory over former amateur standout Sanjarbek Rakhmanov on Apr. 5. A victory over the more-experienced and ring-savvy Krael would solidify his standing as a prospect to watch.

The 26-year-old Hunter used his three-inch height advantage and reach to keep Krael at the end of his punches. Hunter mixed his attack to the head and body of Krael, who began letting his hands go during the middle rounds.

Hunter began to tire by the seventh round, but seemed to get a second wind by round nine, even though he was mostly throwing arm punches and was stunned by a Krael right cross. Hunter was deliberate with his attack and always kept his hands moving during the final round.

Junior lightweight prospect and Las Vegas resident Andres Cortes knocked out veteran Sergio Lopez of Mexico in the third round.

The 22-year-old Cortes (12-0, 7 KOs) broke Lopez down in each round, mixing his attack and landing combinations onto Lopez, whose punch out dropped with each passing minute. Cortes stunned Lopez with a barrage of punches late in round, following up and landing at will before Lopez took a knee. Referee Kenny Bayless counted Lopez out at 2:53.

Lopez, who is originally from Ensenada, Mexico and now resides in the Los Angeles suburb of West Covina, falls to 22-15-1, 15 KOs.

Newman dropped Aguiniga with a right uppercut to the chin about a minute into round four. Aguinaga beat the count, but was dropped again by a barrage of punches from Newman again the ropes. Referee Robert Byrd administered an eight-count, but waved the fight off at 1:19.

Aguinaga, who is originally from San Luis Potosi, Mexico and now resides in the San Diego suburb of Chula Vista, drops to 13-3, 9 KOs. Aguinaga has lost his last three bouts.