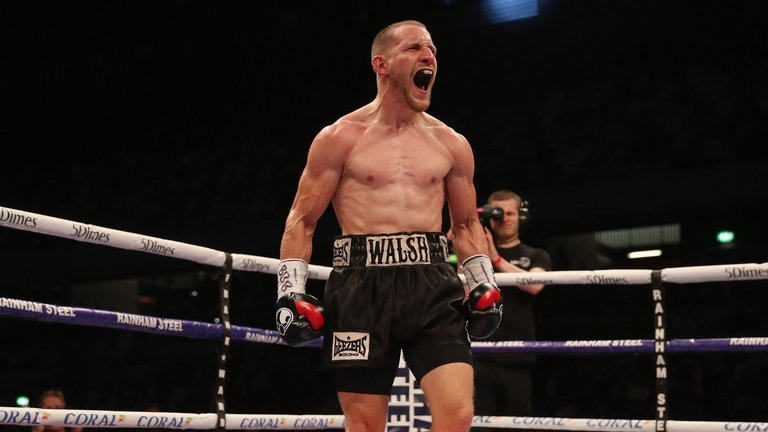 Ryan Walsh retained his British featherweight title for the sixth time by posting a 12-round split decision over Scotland’s Lewis Paulin at the York Hall arena in London on Friday. One judge scored the bout 115-113 for Paulin but was overruled by cards of 117-111 and 115-114 for the champion.

Walsh, from Norfolk in England, had the better punch variety and snap, but Paulin’s southpaw jab and movement kept him in the game. Ultimately, however, it was Walsh’s extra class and experience at this level that was decisive.

After controlling the early rounds with some sharp outside work and an effective body attack, Walsh’s pace dropped and he was outworked by the game Scotsman in the fourth and fifth. However, displaying his quality, Walsh (24-2-2, 11 knockouts) regrouped and began banking rounds with the more eye-catching punches. He also switched stance frequently and the lead right uppercut from the southpaw position was memorable.

A solid series of power shots dazed Paulin at the end of the ninth and the bell to end that session was timely. However, the Edinburgh-based southpaw battled back to have a good 10th and also scored a few nice shots in the final round when Walsh was distracted by a serious cut over his right eye.

At junior welterweight, Ohara Davies won a 10-round decision over former IBF 135-pound titleholder Miguel Vazquez. The lone score from referee Ian John-Lewis was 97-94, a scorecard which flattered the winner.

The bout was one-paced, boring and lacked any worthwhile action. Davies appeared to suffer a rib injury around the midway point, which hindered his performance, and Vazquez touched the target more than he punched at it.