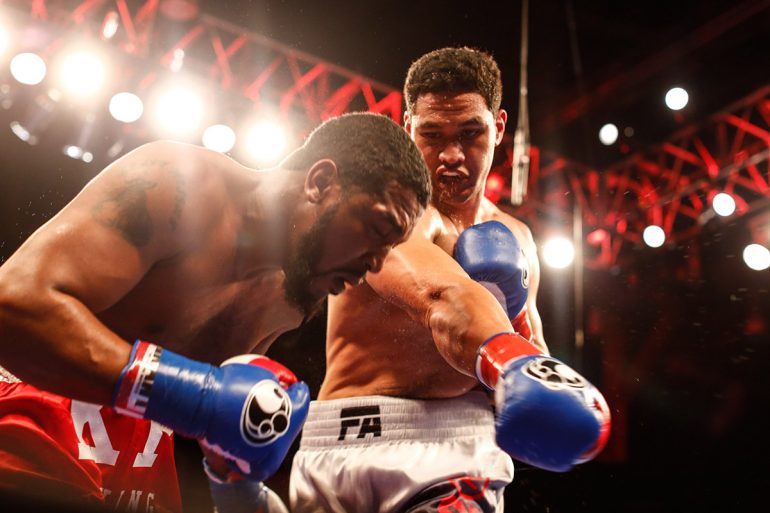 Just looking at Junior Fa reveals that he has plenty of upside: he’s a 6’5”, 250-pound heavyweight with an undefeated record and youth on his size. But to mold those assets into a heavyweight contender takes guidance, and requires moving a career along against “opponents”, the type of fighters who will test him in increments as he progresses.

Though Dominick Guinn, who faces Fa this Friday at the Pechanga Resorta in Temecula, Calif., is 15 years his senior at age 44, he’s perhaps the right guy for the moment with Fa.

“Honestly, I feel fortunate that we were able to get Dominick Guinn…Yeah he’s an old guy but he’s a good opponent for what’s out there,” said promoter Lou DiBella, who laments the “crazy marketplace” where “anyone with a pulse” at heavyweight is looking for six-figure paydays.

Guinn, a heavyweight prospect from the early 2000s, hasn’t had a significant win in over a decade. What he does bring is a solid chin (he’s never been stopped in 50 previous fights) and the experience of fighting solid opposition for close to two decades as a pro.

After seeing off his last two opponents in the first round, the New Zealander Fa (17-0, 10 knockouts) is looking forward to the challenge of going rounds with someone who knows how to go the distance.

The ten-round fight, which will take place underneath the IBF lightweight title fight between Richard Commey and Ray Beltran, will be televised by ESPN+, and will give Fa a chance to show against a durable fighter that he’s better than he was the last time he’d gone rounds in the States, when he looked so-so in an eight round majority decision win over Craig Lewis on a ShoBox card in March of 2018.

Fa had been dealing with anemia, which had caused a drop in energy. New Zealand outlet NewsHub also reported that he underwent “minor gastric surgery”, but now with his energy levels back to where they should be, Fa wants to leave a better impression on fans.

“We’ve got that basically sorted out now and I feel great, also with those two performances where my performance wasn’t so great, I got to work on the things that I could have done better which I feel I have definitely improved on,” said Fa.

November 10 2017Cleveland, OhioMy thought in this fight was "keep punching until his face falls on the canvas" The ref had to physically stop me ???#mindset #savage #beast #killer #hurtbusiness #round1 #67seconds #TKO #outonhisfeet #CKB #teamfa

Fa, 29, first picked up the sport at age 16 when his father, who had also boxed, brought him to a gym for the first time. He has an athlete’s frame, but other sports never really clicked with him. He tried basketball, but it wasn’t his thing, and he never had a passion for rugby, New Zealand’s national sport.

“The reason I didn’t like rugby is that it’s a very, very physical game, whereas boxing I see it as a more technical game, it’s more of the sweet science. Rugby, it’s just basically ramming yourself into another human being,” said Fa.

“Growing up I was more of a thinker, and I take boxing in sort of the same approach.”

That also manifested in the boxers he looked up to. While he supported David Tua, New Zealand’s modern boxing star, he enjoyed watching the cerebral Lennox Lewis as well, and his ring approach bears more likeness to that of “the pugilist specialist” than the “Tuaman.”

Aside from boxing, his other passion was for sketching, and he spent much of his time drawing Dragon Ball Z characters and dreaming of becoming a cartoonist. His achievements in the ring soon began to eclipse those on the sketchpad.

The highlight of his amateur career, he says, was earning bronze at the 2010 Commonwealth Games in India. He also had a pair of silver medals and a gold between 2008-2012 in the Oceanian Championships, while competing in Olympic qualifiers in 2008 and 2012. 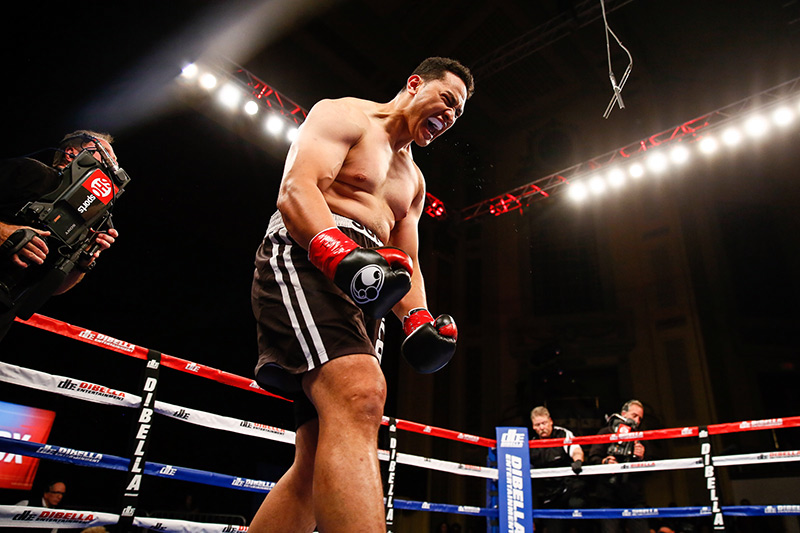 His formative years coincided with those of another domestic star, Joseph Parker. Fa is 2-2 in four matchups with the former WBO heavyweight titleholder, and DiBella feels a tiebreaker in the pros would be a “mega fight” in New Zealand.

“I’m not really obsessed about it, but it’s something I feel like will be a very, very good fight back at home. It’ll be good to bring the people some sort of excitement into boxing because it’s such a rugby driven nation there,” said Fa.

“Parker’s not really in my sights, I’m just trying to get to the top, trying to shoot for the belts anyway that I can. If I pass him on the way, sweet.”

Both of Fa’s parents are from Tonga and moved to New Zealand before he was born. He represented the Polynesian island nation as an amateur but says he doesn’t speak the language and grew up with little of the culture in their household.

Despite his amateur credentials, Fa estimates that he only had about 30-something amateur fights. He picked up some exposure to the upper echelon of competition in the World Series of Boxing, where he fought Olympic gold medalist Aleksandr Usyk and silver medalist Clemente Russo. Training at his home gym, City Kickboxing in Auckland, there are a couple of heavyweights to spar with, but much of his work is done with smaller guys – what he calls “technical sparring” – which isn’t the full-force work he might get against fighters his own size.

He didn’t have to worry about holding back when he was called in to spar with WBC heavyweight titleholder Deontay Wilder for Wilder’s last two camps for fights against Dominic Breazeale and Tyson Fury.

“Sparring with Deontay has definitely put on a lot of confidence within myself and my trainer [Doug Viney]. I get to see how he trains, and back at home we do things quite similar as well. It has given me a lot of confidence in my own ability and the actual training we’re doing,” said Fa.

Fa is content to take his time before stepping up to the championship level, saying he’s anywhere from “four to eight” fights from taking on a champion.

“Do I think he has a chance to win a heavyweight title? Absolutely,” said DiBella. “He needs to step up a little more in the next couple of fights, and he’s gonna have to probably win the proving ground kind of fight that gets him to that next level.

“If you would have said Andy Ruiz would be a future multi-belt world champion, I don’t think many people would have signed on that dotted line.”

Fights against the likes of Guinn are a step, not a leap, in that direction. It’s a fight he should win, and where he is at in his development – and how high his ceiling is – could be evident in the matter with which he gets the job done.

“It’s a good fight for where I’m at right now,” said Fa. “It’s either gonna be a good ten rounds for me under my belt, or hopefully I can stop him and that means I’m the first one to do so.”