Patrick Day ahead of Carlos Adames fight: ‘I love humbling these undefeated guys’ 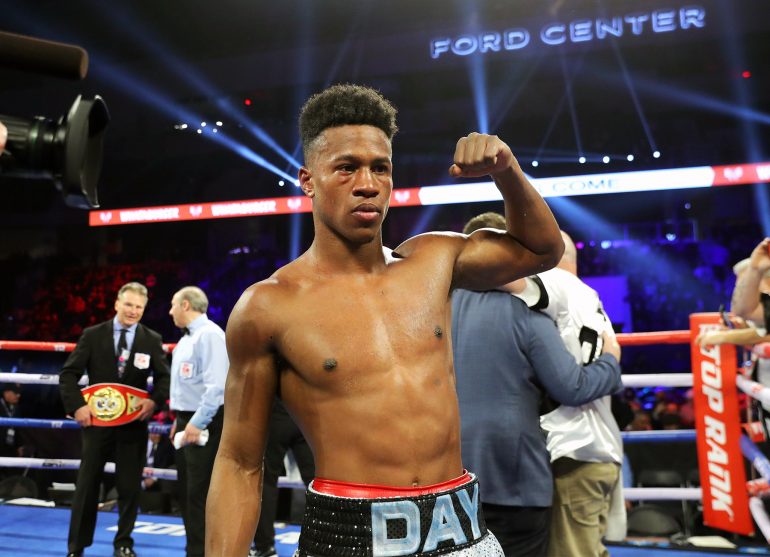 Patrick Day was in Tokyo, Japan serving as a sparring partner for Olympic gold medalist Ryota Murata when he got the call for the fight with Carlos Adames. That kind of assignment against an unbeaten knockout puncher who is rated in the top ten by all four major sanctioning bodies usually is seen as a dead end for a fighter on the “B-side”, but that’s the niche that Day has carved for himself over his last few fights.

“I got what I asked for with this fight being made,” said Day (17-2-1, 6 knockouts), who faces Adames (17-0, 14 KOs) in a ten-round junior middleweight fight this Friday in the co-feature slot beneath Richard Commey vs. Ray Beltran (ESPN, 10PM ET).

“Top Rank is really big on him, they think he’s the next superstar in boxing which is great for me because I get to prove who I am in this fight.”

The fight, which takes place at the Pechanga Resort and Casino in Temecula, Calif., will be Day’s third against an undefeated fighter over the past two years, and the latest test as he tries to pull himself out of boxing’s version of purgatory. The 26-year-old from Freeport, N.Y. turned pro as a celebrated prospect in 2013 after winning a N.Y. Golden Gloves title and U.S. National title the year prior, but his stock tumbled in 2015 when he lost a majority decision to Alantez Fox, and then suffered a first round stoppage loss to a journeyman with a losing record.

The road back has been hard, but it has helped build character in Day.

“I used to dream of easy matchups and easy fights and an easy road to the top when I was just starting out. But I quickly learned that life does not work that way. Boxing is like life, and life is not supposed to be easy, whether you’re a millionaire or just a middle class or a poor guy, you’re gonna have adversity in life,” said Day, who is managed and trained by Joe Higgins at the Freeport PAL.

“I’m battle-tested, I’ve proven that I can come up from the bottom. I started out a prospect, then I suffered two losses in a year, then I moved to the B-side as an opponent. Now I’m ranked in the top 15 of three of the organizations, there’s not many people out there that are doing that.” 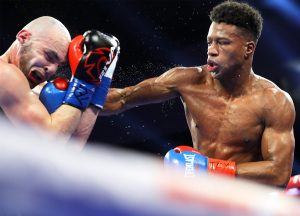 After wins over the likes of Virgilijus Stapulionis (27-3-1), Eric Walker (15-0), Kyrone Davis (13-1), and in his last fight, Ismail Iliev (11-0-1), he’s risen back through the rankings, and is in the top 15 with three of the organizations. The irony is that, had he not had those losses, other prospects wouldn’t have risked their records against him, and Day likely wouldn’t be in the spot he’s at now.

Promoter Lou DiBella believes that a win over Adames would enter him onto the shortlist of imminent title challengers in a hot division that includes Tony Harrison, Jermell Charlo, Jarrett Hurd and Julian Williams.

“A lot of people think Adames is a beast but [Day and Higgins] asked for the fight and I think it’s a really good fight between two top guys,” said DiBella.

“If he beats this guy after the wins he’s already had lately, he should absolutely get a title fight in his next fight. There are enough names at 154 and they keep on recycling the opposition, if he beats Adames he deserves a title fight next.”

Adames, 25, has become a frequent presence on Top Rank cards, building up his career in his native Dominican Republic before fighting his last four fights stateside. His biggest name opponent was former IBF junior middleweight titleholder Carlos Molina, whom Adames shutout in July of 2017. Day believes Adames is better than a lot of the other ranked fighters, but also feels he has an edge in opposition and experience.

“I believe his power is good, he’s a great puncher. I’m not taking anything away from him, the guy’s a good fighter. He’s skilled, he’s strong, but the competition that he’s been in with has been extremely limited. He’s never been tested yet as a pro, he has not had any adversity yet,” said Day.

“He fought a washed up Carlos Molina, that’s great, the guy’s a former world champion. Aside from that name, there’s nobody else from his resume’ that stands out as a challenge. A win over this guy will definitely ensure that I’m getting a title shot.”

Friday is another night in which he’ll enter as an “opponent”, but that’s nothing new to Day. He’s comfortable in the role, and, given his recent results, has begun to thrive in it.

“I love when they underestimate me and see me as easy work. The look on their face when I beat them, when I freakin’ pound them into defeat, it’s just so amusing every time. They look so humbled, they look so shocked,” said Day.

“I love doing that to these prospects, I love humbling these undefeated guys with the big egos who think they’re invincible. In life nobody is invincible.”