Manny Robles is walking on Cloud 10 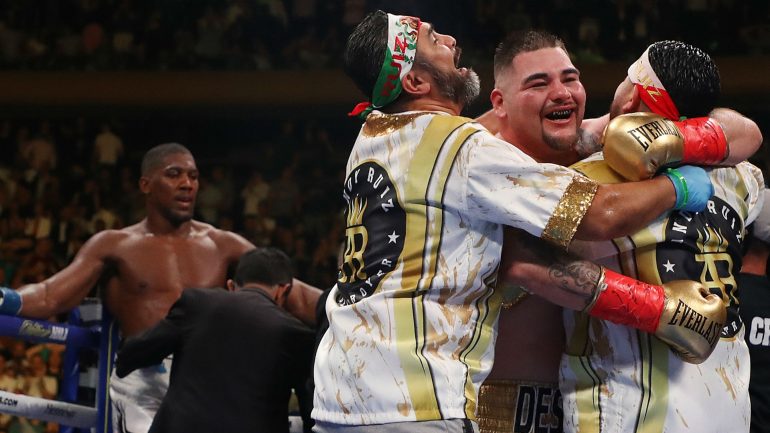 “Cloud 10” is the better description for it rather than Cloud Nine because it has been that sweet all due to Andy Ruiz achieving the unexpected.

Ruiz had an inkling – and you know his trainer Manny Robles believed in him – but even Manny had to know. We’d have to see how it would play out on June 1, at Madison Square Garden, against the now-former IBF/WBA/WBO heavyweight titlist Anthony Joshua.

There can be a large gap between intention and execution…and this is the theater of the unexpected. However it would still have to play out…

So it did. Ruiz’s victory tour continues; he’d met the President of Mexico, Andrés Manuel López Obrador, and is getting keys to all sorts of cities. I put it to Robles on Tuesday: Has it been ultra-sweet, this victory lap?

“Absolutely. I’m extremely happy, of course. You know how this business is in boxing, being on top one day and the next day, you’re not…We, as coaches, take all the heat when things don’t go our way. It comes with the territory, of course,” the trainer said. “I understand what I signed up for. In this particular situation, obviously we’re on cloud nine right now. We’re extremely happy!”

“There’s good chemistry between Andy and I: maybe that was what he was looking for,” said the tutor, whose dad was an A-grade coach, out of Mexico. “He’s got that obligation; he’s a world champion now. He’s gotta work harder than he ever has before in the past.” 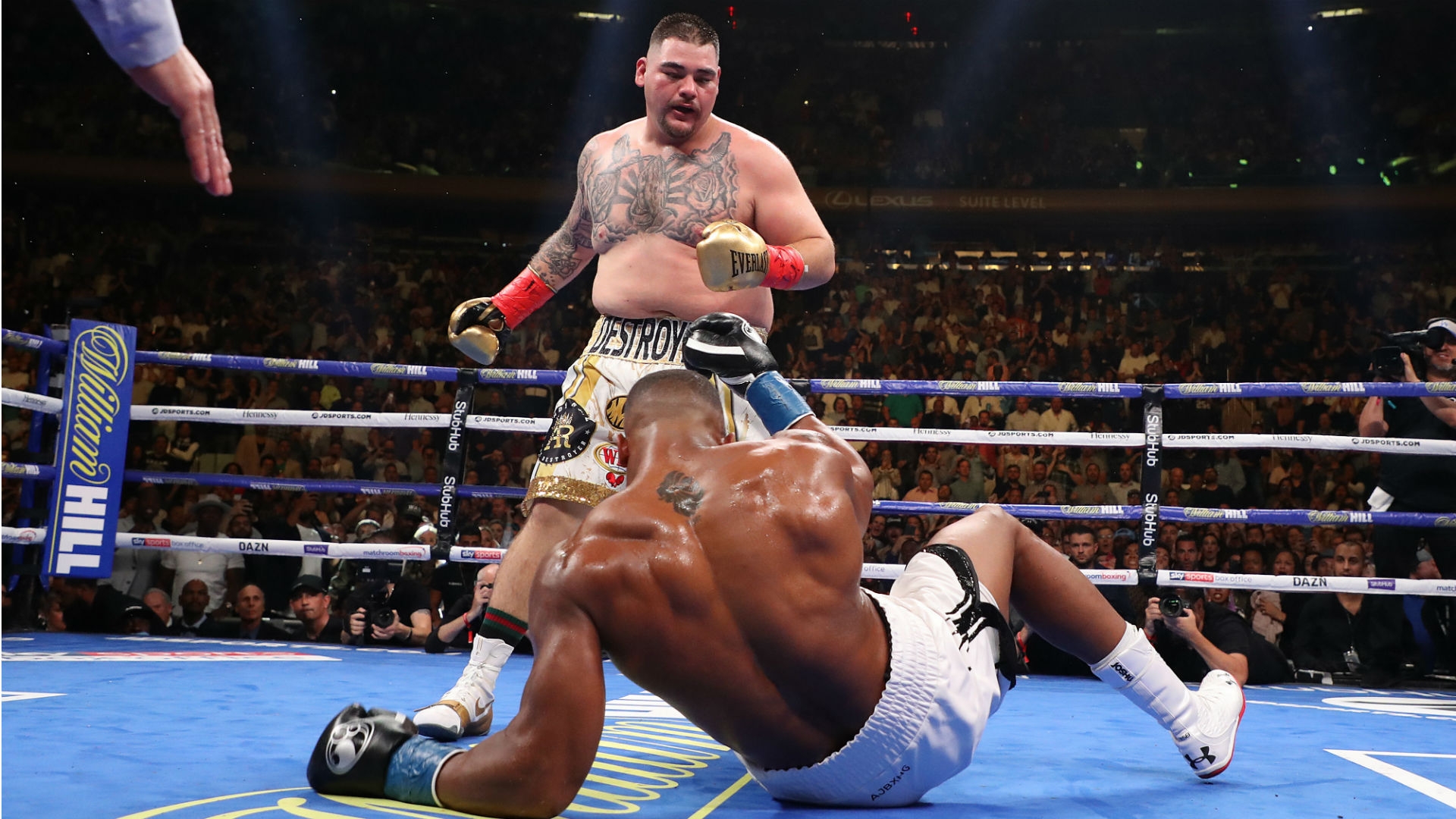 Indeed; all that time spent on Cloud Nine and 10, it is great to smell those roses…but there will come a time to stop and snap back to attention. Robles told us he wants Ruiz to get back to the gym pretty damn soon. However he told the kid to have fun, till the end of June, because they were in the gym for 16 weeks and they fought in April and then June 1. He’s worked his tail off and “deserves to take this time off,” but then it will be back to the grind, said Robles. “We made a deal that we’d get him back in the gym in early July…I believe that you’ll see a better Ruiz than in the first fight with Joshua.”

And when will that be? Robles said he isn’t sure where they are with a Joshua rematch or what will come next. He tries to stay in his lane and help Ruiz get ready. If there is an interim bout, great. He knows there are no such things as “tune-up” fights.

Robles also shared that, no, he’s not “AJ’s” trainer. However if he were, he’d be unafraid to have Joshua sit for a long spell. No need, maybe, to hop right back into it with Ruiz, who just took his lunch money and the extra brown bag lunch he had on him. Rest…recharge…maybe get a win or two…then circle back and try again with that foe who slaughtered you.

Robles shared that he fought, starting out in 1980, and his dad too was a pro boxer. He learned from “Chato” Robles, then Dad passed away in 2007. Manny has had a long client list and, yes, there are those ups and downs. You get hot, when your guys get Ws…and cool down, when some Ls occur. “My son Manny Robles III is a boxer, 18-0,” he said and, yes, he thinks the son fights better than his dad ever did. “He’s in the top-10 in the world and hopefully we’ll get a crack at the world title this year or early next year.”

We went back to the Ruiz story. We spoke about ethnic and cultural identity and how Ruiz sees himself as a proud “Mexican.” He lives in America but his parents came from Mexico. Robles said it is so meaningful to be a Mexican fighter. “It’s part of our culture,” he explained. “Of course he’s Mexican. The day you forget where you came from, you have no direction in life.” Robles says yes, he’s American but Mexican too. Integrity and loyalty have been and are important to him and, right now, about 20 pros are working with him.

And the trainer life is roller-coastery; Manny is hot now but a loss will come and naysayers gather again. He gets it; he knows what he signed up for and seems properly attuned to those ups and downs. Right now is a hell of an “up.”