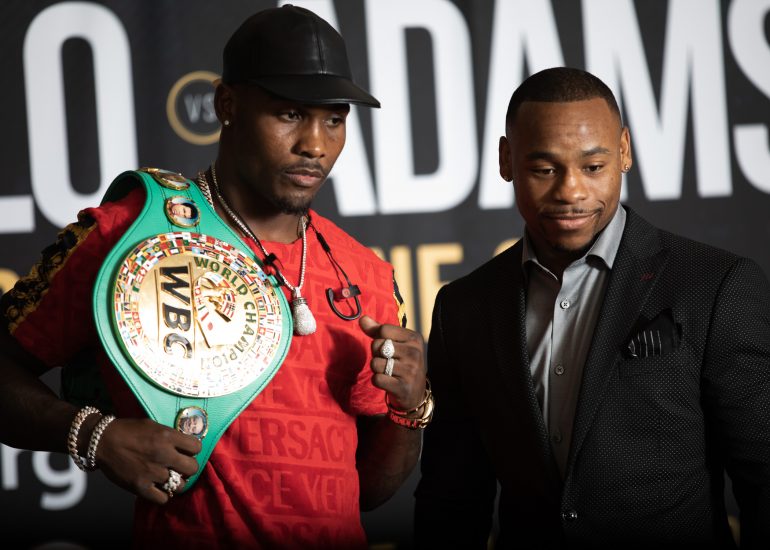 Jermall Charlo has lived in Houston, Texas, for quite a while. He trains in Houston, is “Houston Proud,” but until Saturday, Charlo will be doing something he’s never done before in his hometown: He’ll be headlining when he fights Brandon Adams at the NRG Arena in a 12-round middleweight main event on Showtime (9PM ET/6PM PT).

“This is a legacy fight to me and this is the best I’ve felt in a long time,” said Charlo, who will be fighting for the third time in Houston. “I am where I need to be. I can’t let anybody down. Anyone who’s doubted me or on my side makes me want to fight even harder. It’s one of those things that I have to go through.

“I hope everyone is prepared. I’ll be damned if someone comes to my hometown and takes something from me.”

“Brandon is a very confident young man, and we know he is, and we look at him as the biggest challenge we’ll ever have,” Shields said. “Brandon is a good puncher. We always work and train hard.”

Adams, The Contender champion, had been off for three years. The Contender brought him back to relevance. Adams beat Tyrone Brunson, Ievgen Khytrov, and Eric Walker and then, in the finals, beat Shane Mosley Jr. last November.

None of those fighters, however, compare to Charlo, who’s stopped five of his last seven opponents.

“It would definitely build my confidence higher than what it is to beat someone like Charlo,” Adams said. “But I was always confident from Day One.”

The undercard will consist of super welterweight Erickson “Hammer” Lubin facing Zakaria Attou in a 12-round WBC title elimination bout in the co-main event. Featherweight southpaw Eduardo Ramirez and Claudio Marrero will open the Showtime telecast.