Richard Commey readies himself for Ray Beltran challenge: ‘I’m not in this division to make up the numbers’

Hard-punching lightweight Richard Commey will look to make the first defense of his IBF title against former beltholder Ray Beltran at the Pechanga Resort & Casino in Temecula, California on Friday.

Commey, who is rated No. 1 by The Ring at 135 pounds behind champion Vasiliy Lomachenko, expects a tough challenge from the rugged veteran.

“I am really excited to be facing such a well-known and experienced fighter as Ray Beltran,” Commey (28-2, 25 knockouts) told The Ring. “I remember watching him against Ricky Burns, who I sparred with some time ago, and to be honest I thought he won that fight.

“It’s an absolute honor to be headlining a Top Rank show against him and it will give me the platform I need to show the American public that I’m not in this division to make up the numbers.”

The 32-year-old Ghanaian knows he has to be on top of his game against a dangerous opponent.

“He does everything well, he’s an intelligent boxer who I do believe has been very underrated,” Commey explained. “He lost to [Jose] Pedraza on a split decision, then Pedraza took Lomachenko all the way so there is something to compare his form to. I will be studying him closely and I’m sure my trainer Andre Rozier will come up with a strategy to make [me] victorious on the night.”

Beltran turned professional in 1999. He learned his trade on the way up and became best known as one of Manny Pacquiao’s sparring partners. However, to his credit, Beltran used that experience to move his own career forward and after some hard luck loses was able to win a WBO title before losing to Pedraza. The Mexican immigrant who is 36-8-1 (22 KOs) also gained notoriety with his battle to secure a green card last year.

Commey won the IBF belt in February with an impressive second-round stoppage of Isa Chaniev. That was understandably a huge and significant moment in his life.

“[It meant] everything, it’s been a very difficult road for me,” Commey said. “Coming from Ghana, if you are not too good you are wanted just as an opponent, then you lose and you’re forgotten about. But if you’re too good you are avoided and opportunities are very hard to come by.

“Even when I was with a big promoter I didn’t get the marquee fights I craved until I faced Robert Easter Jr. as the ‘B’ side and we all know what happened there. So to be able to say now that I am world champion means the world to me and I have to thank my manager, Michael Amoo-Bediako, for sticking with me and making the right choices at the right times for my career.” 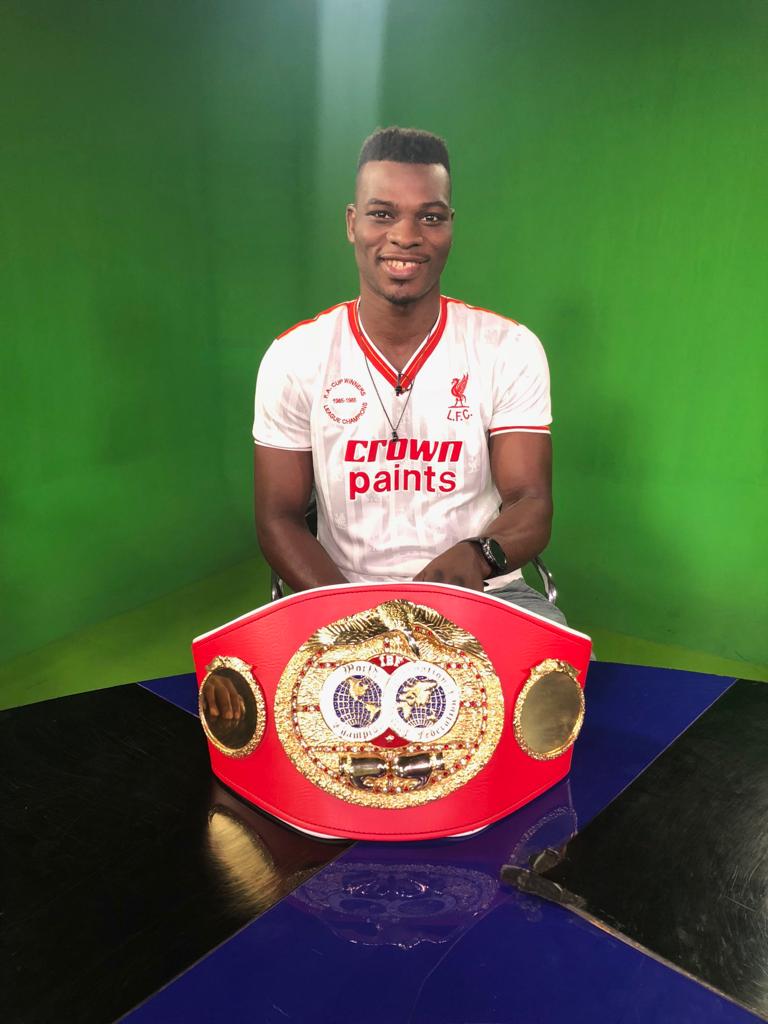 Commey’s world title victory should have set him up for a unification bout against Lomachenko, holder of the WBA and WBO titles, in early-April. However, the Ghanaian injured his right hand against Chaniev and those plans were cancelled.

“It was bittersweet, but I’m a firm believer in God and maybe he decided that it wasn’t the right time,” said Commey.

“The hand is fine. I had it checked by a doctor in New York before I went back to Ghana and had a scan. It showed I had a tendon injury so I would have to rest for six to eight weeks, but I would not need surgery.

“I got the all clear from my doctor in Ghana to start training again at the beginning of April so I got the first plane back to the States. I wanted to defend my title as soon as possible, but we had another specialist check my hand as a precaution. He gave me the all clear so we targeted late-June, early-July for my first defense and here we are. I can’t wait.”

While back in his homeland Commey celebrated his title win with his countrymen.

“The reception when I got home was unbelievable,” he said proudly. “I was greeted at the airport by hundreds of people who whisked me off to Bukom, my hometown, where thousands of people lined the streets to cheer me home.

“It was very emotional and humbling to think I made so many people happy and that was inspiring. I also got to meet the President which was very exciting and a huge honor.”

Commey’s manager, Michael Amoo-Bediako, has a working idea on what it will take to unify the division in 2020.

“The plan is obviously for Richard to have a voluntary, which is Beltran,” said Amoo-Bediako. “Then I believe Teofimo Lopez is fighting [Masayoshi] Nakatani from Japan for the mandatory position for Richard’s title. Whoever wins that fight, I believe, will be Richard’s next opponent.

“Then if Richard comes through both of those bouts, which I’m confident he will, then we’ll face Lomachenko to unify the division.”