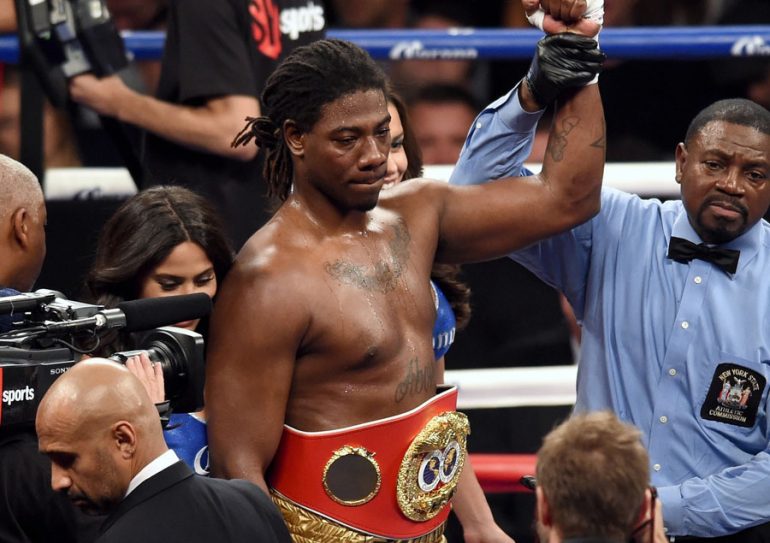 Former IBF heavyweight titleholder Charles Martin continues his path toward another title opportunity as he squares off against Daniel Martz on July 13.

The 10-round bout will take place at the Armory in Minneapolis, Minnesota, and will precede the main event bout between welterweight contender Jamal James and Antonio DeMarco. Both fights will air live on FS1 (8 p.m. ET/ 5 p.m. PT).

Martin (26-2-1, 23 knockouts) was victorious in his most recent fight, on March 16, on the undercard of the Errol Spence Jr.-Mikey Garcia welterweight title fight in Arlington, Texas, after opponent Gregory Corbin was disqualified for repeatedly landing low blows. The fight came almost six months after Martin lost a close unanimous decision to unbeaten contender Adam Kownacki in Brooklyn, New York.

The 33-year-old Martin, who is originally from Saint Louis, Missouri, and now resides in the Los Angeles suburb of Carson, won the vacant IBF title in January of 2016, winning by technical knockout, after Vyacheslav Glazkow suffered an injury to his right knee in round three.

Martin is currently not ranked by any of the four major sanctioning bodies.

Martz (18-6-1, 15 KOs) has not fought since stopping Rubin Williams on November 21. The Clarksburg, West Virginia, resident has won two bouts since losing by knockout to Luis Ortiz in December of 2017

Another heavyweight clash will also take place as contender Robert Helenius (28-2, 17 KOs) and Gerald Washington (19-3-1, 12 KOs) of Vallejo, California, will square off in a 10-round bout. Helenius, who is originally from Sweden and now resides in Helsinki, Finland, knocked out Erkan Teper in his most recent bout, on September 29, while Washington has lost three of his last four bouts.

Francisco A. Salazar has written for RingTV.com since October of 2013 and has covered boxing in Southern California and abroad since 2000. Francisco also covers boxing for the Ventura County (California) Star newspaper, BoxingsScene.com and FightNights.com. He can be reached by email at [email protected] or on Twitter @FSalazarBoxing.