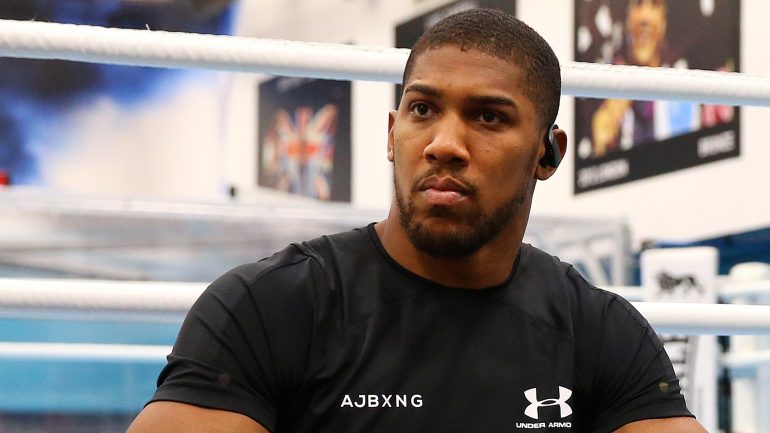 Andy Ruiz Jr. shocked the boxing world in a seventh-round stoppage of Anthony Joshua in June, becoming the IBF, WBA (super) and WBO heavyweight champion in the process.

Opinions on how Joshua has felt since the fight have ranged from devastation to relief. The latter sentiment comes from the 29-year-old’s promoter at Matchroom Boxing, Eddie Hearn. He recently said on his podcast that “Anthony has this massive pressure on his shoulders all the time. He is the first megastar of boxing in (the United Kingdom), and it was almost like a relief to him.

“He will never admit that but the fact that I am the challenger now, I am not this champion who has four belts and who everyone expects me to win all the time. It’s kind of like the pressure is off.”

Joshua, seeing the comments made by Hearn and others, seemed to respond to those statements during an Instagram Live session.

‍♂️ Anthony Joshua hits back at people who have suggested he’s been happy and relieved since losing to Andy Ruiz Jr. pic.twitter.com/1lXcmNGmlc

Joshua, of course, has exercised his rematch clause to run it back with Ruiz. The bout is expected to take place later this year at a venue yet to be determined.

Joshua insists it takes place in the United States, in Madison Square Garden. Because he lost his belts there, “AJ” wants to exercise the demons and regain them at “The World’s Most Famous Arena.” Hearn would prefer the fight to take place in Joshua’s backyard of the United Kingdom, while Ruiz would like it to occur in his native Mexico. As stated in a provision in the contract from their first fight, Joshua holds the option on where the rematch takes place.