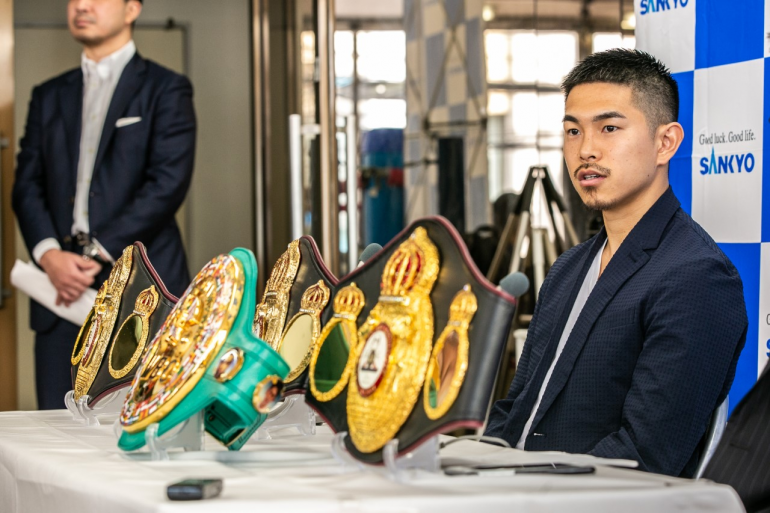 Skilled boxer-puncher Kazuto Ioka will bid to become a four-weight world titleholder when he faces Aston Palicte for the vacant WBO junior bantamweight title at the Makuhari Messe in Chiba City, Japan on Wednesday.

Ioka, who is rated No. 5 by The Ring at 115 pounds, fought Donnie Nietes for the same title on Dec. 31 in Macau and dropped a split decision. He therefore knows how important this opportunity is.

“I consider this to be the final chance,” Ioka (23-2, 13 knockouts) told The Ring through Taku Nagashima after going nine rounds with three different sparring partners. “It is a very important fight for my career.”

The 30-year-old who has held world titles at strawweight, junior flyweight and flyweight disputes the loss, but views this fight as a chance to right what he perceives to be a wrong.

Ioka is looking to join Nietes, Leo Gamez and Roman Gonzalez as the only men to win world titles from 105 to 115 pounds.

“(The Nietes fight) was a great experience for me,” he said. “It was a very strategic fight and I never felt the feeling of losing.”

Right now, however, the Japanese star is focussed solely on defeating Palicte.

“I can’t say anything in particular on weakness,” Ioka said. “I do think that his physical style of boxing is his strength.”

Palicte, 28, turned professional in 2010 and won his first 10 bouts before suffering his first loss. He rebounded to win various regional titles and move himself into the No. 1 spot with the WBO. Last September he held Nietes to a draw when they contested the vacant belt. Since then he has won an eliminator to earn himself a second opportunity. Palicte (25-2-1, 21 KOs) is currently ranked No. 8 by The Ring.

Ioka knows that victory would make history and admits it was a big reason for him to return to boxing after 17 months out of the ring.

“To become a four-weight world champion is a big reason for me to restart my boxing life,” he explained. “It would be a new record for Japanese boxing and I want to be the one to set this record.”

Highly-regarded trainer Ismael Salas, who is training his pupil in Las Vegas, has known Ioka for a number of years and has always been impressed with his ability.

“I’ve been fortunate to see Kazuto Ioka at age 12 and he already had huge talent,” said Salas. “Since then he’s become a three-division world champion which proved to me that the talent was real.

“[The] junior bantamweight division is a very hot boxing class and Kazuto’s return has made this division even more exciting to watch. Kazuto is so exciting and charming in his boxing that every time he finishes all sparring, everyone in the gym just claps. I can already see that this camp will be his best camp ever. Kazuto is very hungry and focused.”