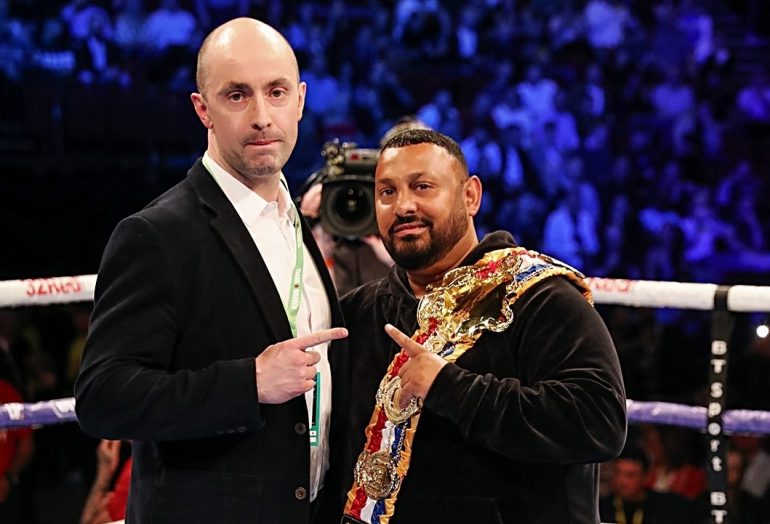 It all began in Jeddah, Saudi Arabia last September.

The World Boxing Super Series were in town for the super middleweight final between George Groves and Callum Smith and yours truly was there to cover fight week. Having been lucky enough to secure interviews with the main event participants, my next mission was to grab anyone else of interest.

Upon entering the lobby of the Radisson Blu Hotel, the first person I encountered was four-time heavyweight champion Evander Holyfield. It doesn’t get much better than that. We’d spoken before, but this was the first time I’d met him face to face. Holyfield was “The Real Deal” indeed and very gracious with his time. As I turned to leave, I suddenly noticed former unified featherweight titleholder Prince Naseem Hamed.

This lobby was turning into a Hall of Fame ceremony:

The Ring: “Hey Naz. My name’s Tom Gray and I work for Ring Magazine. Do you have time for an interview?”

The Prince: “You work for Ring Magazine?”

The Prince: “Tell me something, can you name one fighter, other than me, who beat the champions of the WBO, the WBA, the WBC and the IBF who wasn’t awarded a Ring belt?”

The Prince: “Well I want one!”

Just a couple of things. First, there’s an asterisk beside the WBA title claim. Wilfredo Vazquez, who fell victim to Naz’s crushing power in April 1998, was stripped the moment he entered the ring for that fight. However, the individuals in charge of that sanctioning organization were so sure they’d made the right decision that they sent Naz an official belt after his victory (see below). 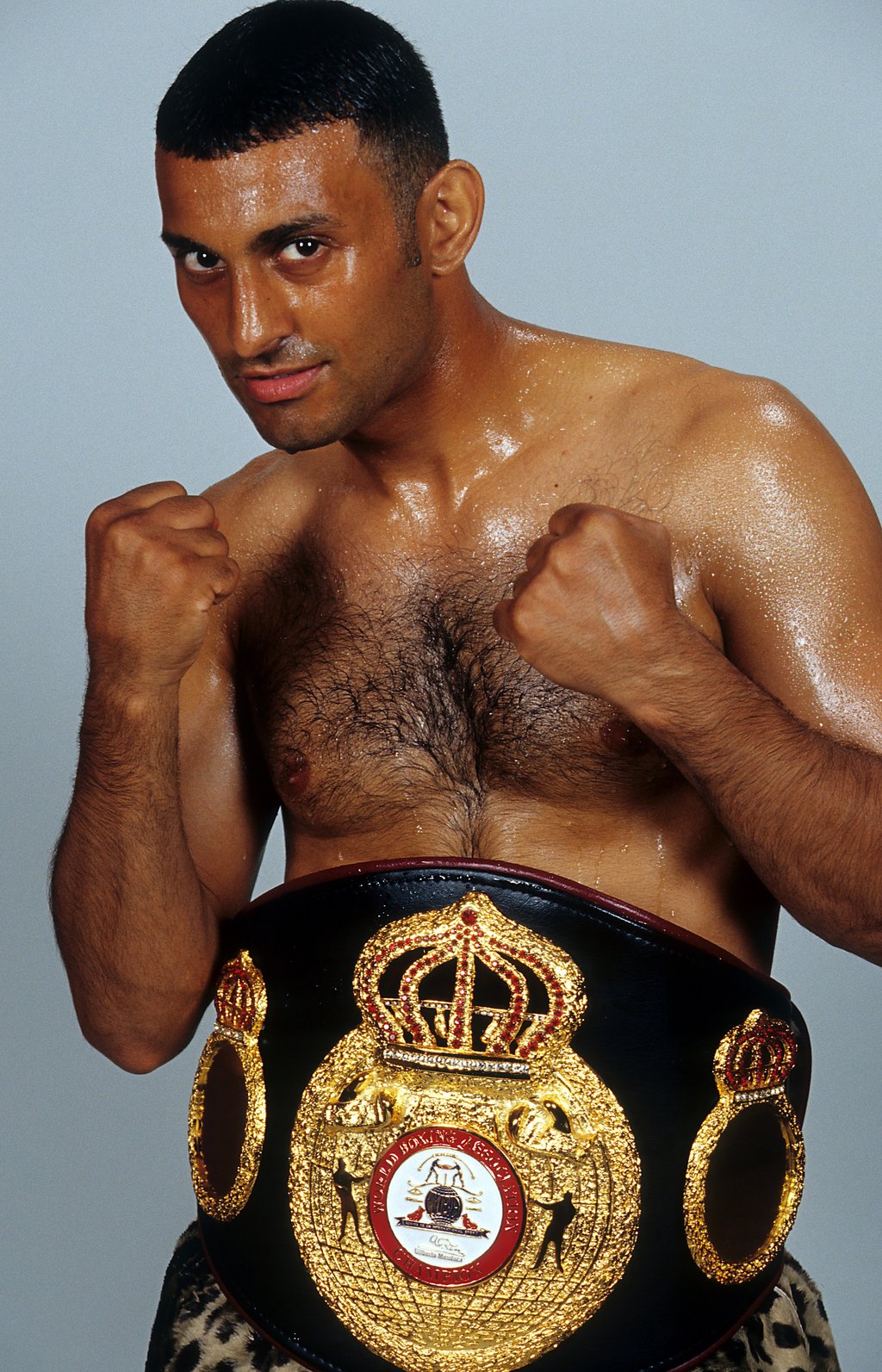 Photo by The Ring archive.

But it should also be noted that between 1989 and 2002 there was no Ring championship policy. The publication was under different ownership at that time and no fighter was awarded a divisional belt during that period. I explained this to Naz who was understandably skeptical given that his entire pro career (1992-2002) was conveniently completed within that timeframe. You couldn’t write it.

But regardless of the ins and outs, Naz made a solid argument in terms of his worthiness. He annexed the WBO title from Steve Robinson, IBF from Tom Johnson and WBC from Cesar Soto during a glittering and unforgettable career. He was also inducted into the Hall of Fame in 2015 and has been an enormous influence, not just to young British boxers, but to boxers, athletes and everyday people the world over. Naz was singular and he was a superstar.

I took his case to my friend, colleague and Editor-in-Chief Doug Fischer who agreed with all of the above and authorized the presentation. On Saturday, a custom-made belt was presented to Naz in the ring before the Josh Warrington-Kid Galahad featherweight title bout in Leeds, England. Unfortunately the moment wasn’t televised live because BT Sport were building up to a fight at that time, but we hope to source the footage at a later date.

This presentation was historical as it was as the first time ever that a former champion was awarded a Ring belt retroactively. It may happen again, but Naz will always be the first. Despite everything he achieved during his glorious career, this was a special moment for a truly great fighter.

“I honestly thought that I hadn’t fulfilled the criteria to fight for the belt during my career,” acknowledged Naz in an interview with The Ring. “I thought that because I relinquished belts at different times, or maybe because I didn’t hold all the belts at once that I didn’t qualify to fight for it.

“It was amazing for Ring Magazine to acknowledge me after all these years. To have a two-minute conversation with you lead to this, I was just made up and I still am. The Ring Magazine belt is such a big deal for me and it’s something that I always really wanted. I was very surprised, taken aback and completely overwhelmed when The Ring made this decision. I actually wanted you to get on a plane to Heathrow (airport) and let me see the belt. But I’m glad it didn’t happen like that because there are a lot of people with a lot of love for me, and it was a bonus for fans to see me receive a belt of that magnitude inside the ring before the main event on Saturday.

“This isn’t a belt that’s given to a champion or a Hall of Famer and they’re all the same. This is personalized with my name on it, with dates and achievements – that was the icing on the cake for me. I’d like to thank Doug (Fischer) and everyone at The Ring for making this happen.”

Be sure to look out for a host of excellent features on the former champion that will appear in the upcoming weeks on RingTV.com and in future issues of Ring Magazine.