Yunier Dorticos KOs Andrew Tabiti with one punch in Round 10, advances to WBSS final 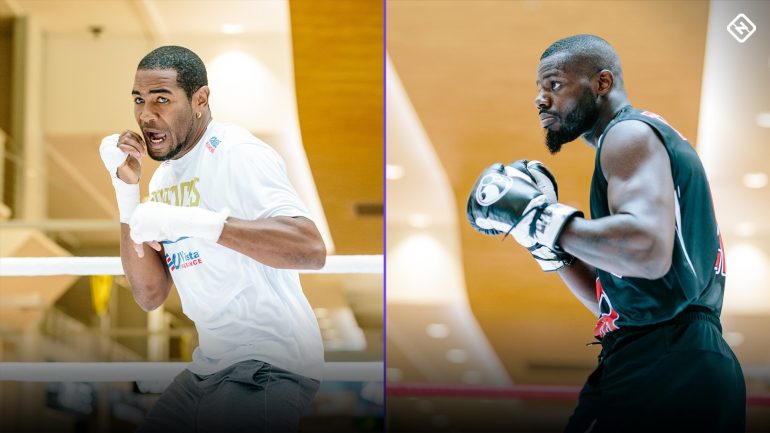 Former WBA cruiserweight beltholder Yunier Dorticos lived up to his fighting moniker “The KO Doctor” by halting Andrew Tabiti with a single right cross in the 10th round of their World Boxing Super Series semifinal on Saturday on Saturday in Riga, Latvia. The fight was broadcast live on DAZN in the U.S.

“I came ready, I came prepared, and I knew the knockout would come, not to take anything away from Tabiti, he’s a great talent,” Dorticos (24-1, 22 KOs), The Ring’s No. 3-rated cruiserweight, said during an emotional post-fight press conference.

😳 And just like that, @DorticosKO is on his way to the @WBSuperSeries Cruiserweight Final.

And the 33-year-old Cuban boxer-puncher wasn’t just being gracious with his kind words to the previously unbeaten American contender. Tabiti (17-1, 13 KOs), The Ring’s No. 6-rated cruiserweight, can box his ass off. Against Dorticos, the 29-year-old Chicagoan possessed the quicker hands, the sharper technique and the more accurate punches. However, The Money Team boxer did not let those flashy hands go enough to win rounds against Doritcos, whose only loss is 12th-round stoppage to Murat Gassiev in a fight-of-the-year candidate last February.

Dorticos, the forward-stalking aggressor and busier boxer, took command of the fight from the opening round with thudding jabs, frequent right hands and a concentrated body attack. The only drama in the fight came in Round 6, when an accidental clash of heads produced a nasty cut to Dorticos’ right eyelid and Tabiti’s constant holding resulted in the Las Vegas resident being penalized a point by referee Eddie Claudio.

Tabiti conned his way to a few minutes rest in Round 7 when he convinced Claudio that a punch to his beltline was a low blow, but he still lacked the fire power and stamina to hold off constant charge of Dorticos, whose pressure and body shots obviously wore the American down in the late rounds.

When Dorticos landed a right to Tabiti’s chin just as Tabiti was loading up with a cross of his own, that was all she wrote. Dorticos, who lost to Gassiev in last year’s WBSS cruiserweight semifinal, will now advance to the final of this year’s tournament where he will face the winner of the Mairis Briedis-Krzysztof Glowacki semifinal.