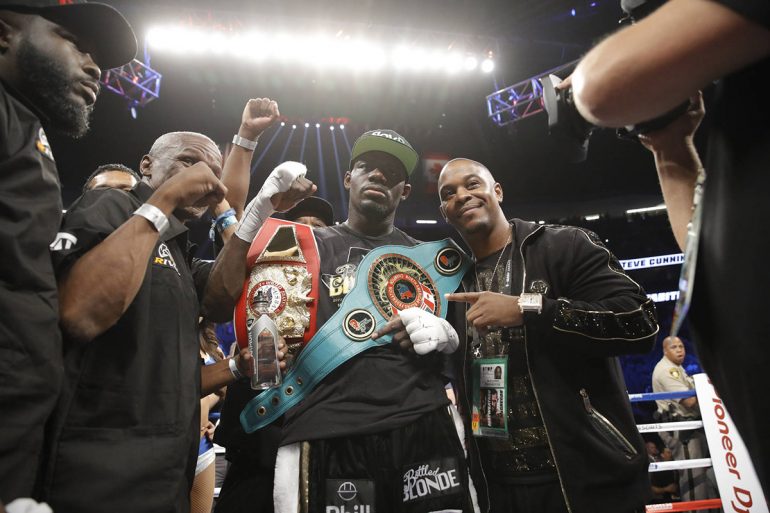 Dorticos and Tabiti, who are rated No. 3 and No. 6 by The Ring at 200 pounds respectively, square off in the semi-final of the World Boxing Super Series.

Tabiti, a disciple of Floyd Mayweather Sr., expects to capitalize on this chance and sees weaknesses in his opponent which he can exploit.

“I believe that this fight is a great opportunity for me to prove that I am one of the top cruiserweights in the world and that I belong in the ring with the top dogs in the division,” Tabiti (17-0, 13 knockouts) told The Ring.

“[Dorticos] lost his fight with [Murat] Gassiev [in last year’s WBSS tournament], so I know that he is beatable. I’ve watched his fights, I think it is fair to say that he is flat-footed. He’s one dimensional in the sense that he relies on his knockout punch, he can’t really box.”

As usual Tabiti has trained under Mayweather Sr. and Otis Pimpleton. The assistant trainer believes his fighter will put on a show for the fans in Latvia, ensuring safe passage to the final.

“Considering where we started to where we are now, I would say that this has been Andrew’s best training camp,” said Pimpleton. “He has become a more seasoned fighter.

“People seem to think that Andrew is not a big puncher, but he packs more power than a lot of people give him credit for. I believe that the audience will see a more polished and all around fighter come fight night.” 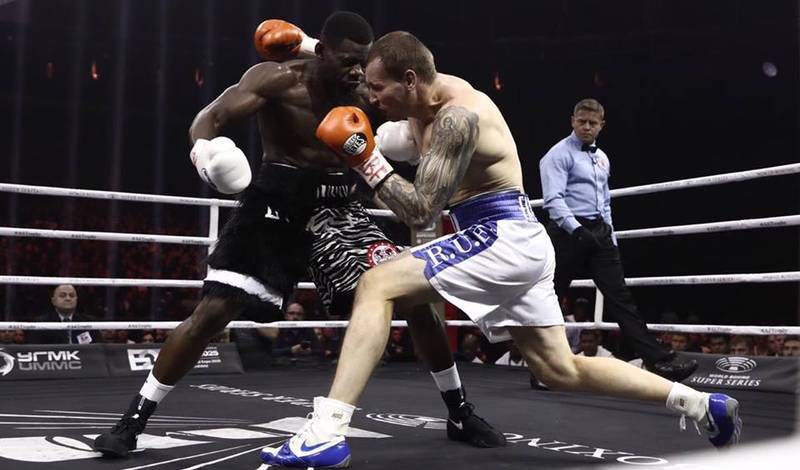 Last October, Tabiti, who hails from Chicago but trains out of Las Vegas, outpointed Ruslan Fayfer in the quarter-final in Ekaterinberg, Russia.

“It was a great experience, this was my first time fighting abroad,” he recalled. “Perhaps the hardest part was the jetlag. Thankfully I arrived in enough time before the fight to adjustment. I believe I will be more prepared this time around in Latvia because of experiences from this last fight.”

In his own quarter-final, Dorticos (23-1, 21 KOs) struggled intermittently to outpoint former European champion Matesuz Masternak. It was not a performance which caused Tabiti to lose any sleep.

“His performance was okay,” said the 29-year-old. “Masternak was not really technically sound. He fought out of his element in that fight. From what I’ve seen, Masternak is more a brawler, but against Dorticos he tried to box. No disrespect [to Masternak], but he is not in my caliber when it comes to cruiserweights.”

The winner of the Dorticos-Tabiti bout will face whoever comes through the other semi-final between Mairis Briedis and Krzysztof Glowacki which will be contested on the same card. Tabiti can see that fight going either way.

“[I’m] not really impressed with Briedis’ last two performances,” he explained. “Glowacki may give him trouble because he is a southpaw. I could see Glowacki upsetting him. However, I want to fight Briedis in the finals because he fought in a fight of the year candidate with [Oleksandr] Usyk in the last season. Beating Briedis would prove that I am in the same caliber as Usyk.”

The cruiserweight division has often been maligned but the success of last year’s WBSS tournament helped bring the division to the forefront and Pimpleton believes that his fighter has benefited hugely from his involvement.

“The World Boxing Super Series has been great not only for Andrew but the cruiserweight division in general,” said the assistant trainer. “It has been a great opportunity for Andrew to get exposure and has helped him become more mainstream. This is great because Andrew is a great person, very positive, and works very hard. He’s someone one that the kids can look up to.”