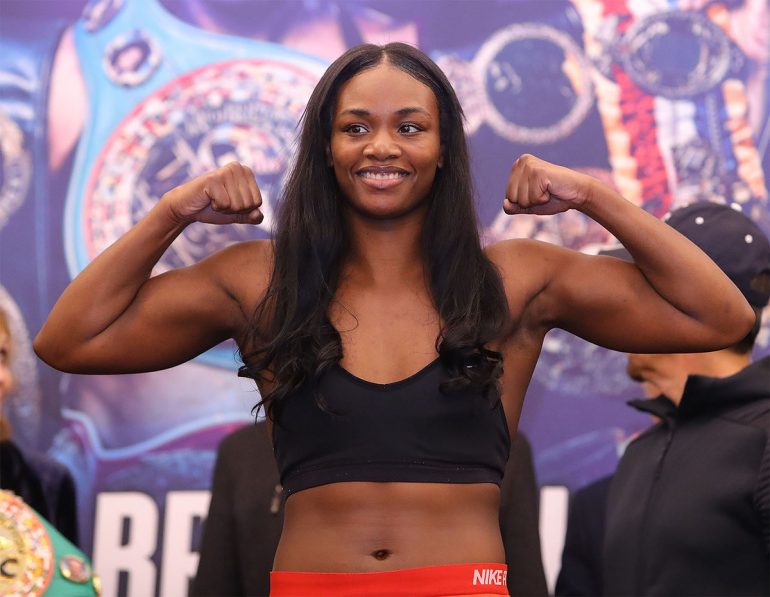 Fighters usually move up the scale after winning world titles, not down. Claressa Shields will buck that pattern on August 17 when she drops down to 154 pounds to face Ivana Habazin for the vacant WBO junior middleweight title.

The fight will take place at Dort Federal Event Center in Shields’ hometown of Flint, Michigan, and will headline a Showtime Boxing: Special Edition card.

Shields (9-0, 2 knockouts), a two-time Olympic gold medalist, had been a unified champion at super middleweight and is coming off her biggest win in April, when she defended her undisputed middleweight championship against previously unbeaten Christina Hammer.

“It’s hard to even put into words how excited I am to be returning home as undisputed champion and fighting in front of all my fans in Flint,” said Shields, who will headline a Showtime card for the sixth time.

“And having the opportunity to become world champion in a third weight division faster than any man or woman in boxing history will make August 17 a night I will cherish forever. It’s another big step forward in lifting women’s boxing on the road to equality.”

Habazin (20-3, 7 KOs) of Zagreb, Croatia is five years Shields’ senior at 29 and has been fighting between welterweight and middleweight since turning pro in 2010, winning titles at 147 and 160 pounds. Habazin has lost to two of the bigger names in women’s boxing, Mikaela Lauren and Cecilia Braekhus, and avenged her first defeat to Eva Bajic in her most recent fight.

“It’s a dream come true and this is a huge chance for me to prove that I am one of boxing’s elite fighters.  I will not let this opportunity pass. I’m not just coming to the U.S. to fight, I’m coming for victory,” said Habazin, who has fought her entire career in Europe.

“I’m actually a big fan of Claressa. She made history for women’s boxing and will be a great opponent for me. She’s very confident in herself, she’s aggressive, she can move, she has speed and good defense. But I have all of this too, and I can punch. I can’t wait to see what she is made of. They said her fight against Hammer was the biggest of all time, but I think this one will be the greatest ever.”