Opinion: What about it, Wheaties? Does Andy Ruiz make the cut? 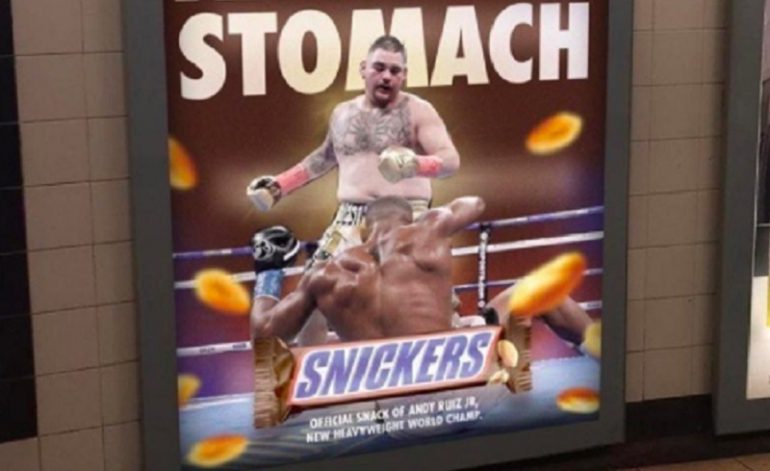 From the “Did you know?” department: In 1934, the Wheaties breakfast cereal people started putting athletes on its boxes.

You know, Wheaties, “The Breakfast of Champions”?

OK, maybe you don’t know, sugar freak. Maybe you are a Cap’n Crunch fan but, regardless, getting on the cover of the Wheaties box was a big damned deal, back in the day, and even in this age.

It was a bit like a musician getting on the cover of Rolling Stone, if not so on the nose. Because getting on the cereal box cover meant you had achieved some crossover appeal with your athletic exploits…You leapt off the sports page onto the general interest section.

We in the boxing sphere enjoy when this happens because this is but a humble niche sport. I mean, X percent of people polled on Main Street, Jonesville, USA, will tell you that Mike Tyson currently is the heavyweight champion of the world…

So when you have a situation like what Andy Ruiz enjoyed, on June 1, at Madison Square Garden in New York City, when he flipped that script, did a massive rewrite and downed the favored former IBF/WBA/WBO heavyweight titlist and Brit Anthony Joshua, we dig it. Because, hello, it means that underdogs still prevail now and again and that a guy who looks like us – and eats like us – just won the heavyweight championship.

To that end, Cynthia Conte of RingTV had a thought…

Shouldn’t Wheaties feature Ruiz on the front of the box, a practice established back in 1958? She asked the Wheaties gang on social media. Guess what? They replied. They have taken Conte’s request under advisement!

Scanning the list of athletes featured, it looks like baseball players got lots of love, as did white athletes. Bruce Jenner’s appearance, following his 1976 majestic entry at the Olympics, gave Wheaties a mega-pop. Following her buoyant outing at the 1984 Games, Mary Lou Retton was also a mega seller. In the 1980s, Wheaties became more racially inclusive and it found hockey in the early-’90s. Now and again, a push from the public has helped an athlete get on the box. Diver Greg Louganis was a recipient. Now boxing hasn’t been a fave; the list on Wikipedia says Ken Norton and Muhammad Ali, twice, have made the cut. 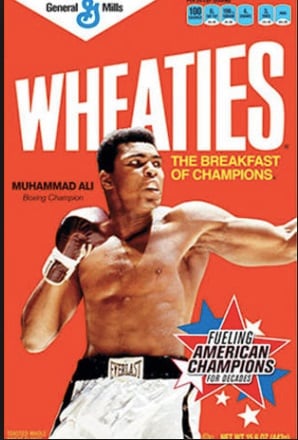 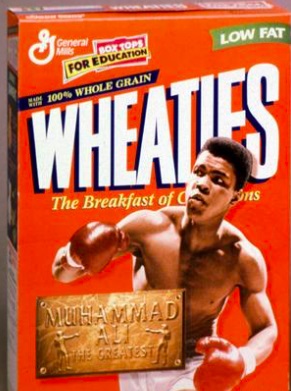 Maybe Ruiz could be the lucky third?

I reached out to Conte, to figure out how this push got started.

“I was randomly thinking about how massive of a win that was for Andy and saw that Snickers ad (below), which they later tweeted, saying it was a fake Snickers ad,” Conte told me.

“I responded ‘Boo!’ to them. Then Wheaties popped in my head, a vision of (Ruiz) jumping up and down when he won and I thought that would be a great Wheaties cover! He has a story like everyone else. He was a massive underdog and was fat-shamed and never given a chance! But he proved everyone wrong. Andy Ruiz believed in himself and proved to himself he could do this. He inspired many others’ dreams do come true but hard work, dedication and believing in yourself is part of the process. He made others believe in themselves again and gave hope. That’s what a hero is to me! I tweeted about it during fight night. His win was so much more than a win. It spoke volumes. I get the chills even texting this because I’m reliving that moment watching him beat the champ!”

My three cents: I’m with Conte, I see Ruiz as a super-smart marketing choice. Snickers, Wheaties, this is a no-brainer, folks. Sign this dude up!