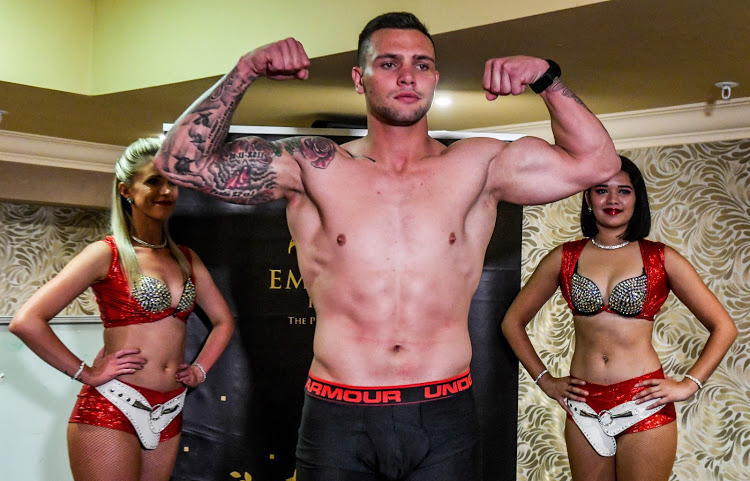 Back in May, Lerena returned from 10 months on the sidelines with an injury to stop Artur Mann and looked to continue that good form here. But Ducar, a former MMA fighter, was tough and covered up well for large parts of the fight.

It wasn’t the most impressive performance of Lerena’s career, but afterward it was revealed he has been battling a cold all week.

“All credit to Vasil Ducar and his team; he’s a helluva tough competitor,” Lerena told the crowd afterward when Hall of Famer Brian Mitchell interviewed him.

“As you can hear, I’m pretty blocked up, but no excuses. This was a hurdle to get over, and it’s onwards and upwards to the next one.”

His trainer, Peter Smith, was asked what is next and he told the fans in attendance:

“This man is going right to the top,” said Smith. “Myself and Rodney (Berman) will sit down and will discuss what the future is, but it will be overseas. We’re going to get all the belts.”

During the aftermath, Ducar stole the show then he proposed to his girlfriend, who said yes to cheers from the crowd.

After things quieted down, Berman gave further clarification on the future of his world-rated fighter.

“If you look at what this guy has achieved, he had no amateur career; the sky’s the limit,” said the promoter. “I’m in negotiations for him to fight in Germany.”

Lerena is ranked in the top 10 by three of the big four sanctioning bodies, and with Aleksandr Usyk vacating his titles and moving to heavyweight along with Murat Gassiev, the 27-year-old southpaw will be very much in the mix.

Jubalani Makhense (8-0, 4 KOs) won unanimous decision more difficult than the scores suggested over the gallant Michael Mokoena (14-3, 9 KOs) at junior welterweight. Makhense used his skills to edge matters, but Mokoena made him work for much of the fight. Makhense was awarded the decision 119-109, 117-111 and 116-112.

Talented bantamweight Ricardo Malijika (4-0, 3 KOs) impressively stopped Arnel Lubisi (3-1, 2 KOs) in the opening round in the first fight of the evening.