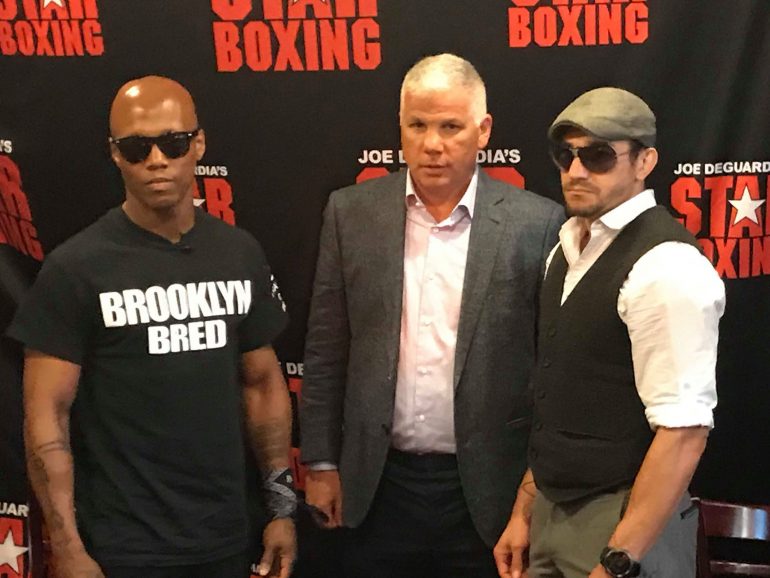 For eleven rounds it looked like Zab Judah was waiting for the perfect punch, but it just never came. And as Judah looked for his shot, Cletus Seldin never stopped throwing.

It was Seldin’s strength and youth that won out over the experience of Judah as Seldin pummeled Judah to an eleventh round technical knockout win Friday night at Turning Stone Resort & Casino in Verona, N.Y. The end came at the 1:40 mark after Seldin wobbled Judah along the ropes with right hands and fired away until referee Charlie Fitch waived off the bout.

Judah was stunned but was able to leave the ring on his own power, bolting to the dressing room as Seldin celebrated.

It was the first fight in 17 months for Judah, now 41, who was swamped in activity by Seldin, 32. When Judah (44-10, 30 knockouts) of Brooklyn, N.Y. did let his hands go, the punches lacked the accuracy that one would expect against a face-first brawler like Seldin (24-1, 19 KOs) of Long Island.

Seldin came out like a bull, working the body with both hands and being physical on the inside, using his head to keep Judah in position. The first significant moment of the fight came near the end of the third when an overhand right wobbled Judah momentarily. The punch seemed to awaken Judah, at least for a moment, as he came out in round four looking to land his famous left uppercut, but even when he did Seldin pushed forward and worked the body.

As the rounds progressed, Judah leaned more on his right hook – never his best punch in his prime – while Seldin switched stances in close to find new angles from which to land against Judah. The body work began to slow Judah’s footwork, the one asset that didn’t seem to age, and made him an easier target against the ropes for Seldin.

The win is the biggest yet for Seldin, who wins his third straight since a unanimous points loss to Yves Ulysse Jr. in 2017. For Judah, a former three-time junior welterweight titleholder and undisputed welterweight champion, the loss likely spells the end of a career that began in 1996.

In the co-featured bout, James McGirt Jr. and David Papot settled for a split-decision draw in a twelve-round middleweight fight. One judge had it wide for Papot at 117-111, while another had it 115-113 for McGirt and the third scored the fight 114-114 even.

McGirt (27-3-2, 14 KOs), whose father James “Buddy” McGirt will be inducted into the International Boxing Hall of Fame just down the road in Canastota on Sunday, got the better of the action when they were at distance with his longer right jab, while the Frenchman Paper (22-0-1, 3 KOs) did his best work pressing forward.

After a slow start, the fight heated up in the ninth and tenth rounds as both stood toe-to-toe and traded southpaw power punches.

The fight was the first for McGirt in over a year while the Saint-Nazaire, France native Papot was fighting for the first time in the United States.

McGirt wasn’t the only son of a Hall of Famer in action.

The show was promoted by Joe DeGuardia’s Star Boxing and was streamed live on an internet pay-per-view.