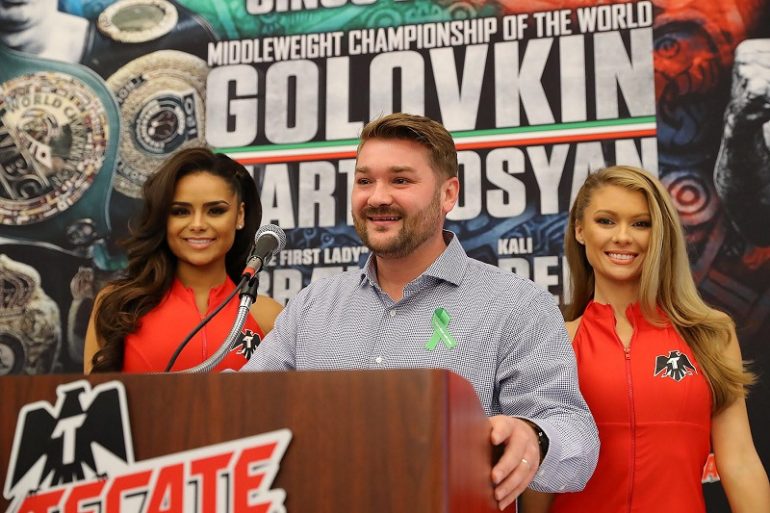 RingTV.com takes an exclusive look at a vested boxing manager whom, in his thirties, represents a new era of boxing blood that will ultimately see a changing of the guard or, at the very least, could influence the direction boxing will make over the next decade.

Tim VanNewhouse, 33, has more than just a job title. He has an ingrained love for a sport that goes beyond dollars and cents because, for him, it’s been a part of his life for as long as he can remember.

Beneath the layers of promotional propaganda, managers like VanNewhouse are busy at work in the engine room of boxing, churning out contracts, negotiating terms and signing talent, all while navigating the political waters to get their clients – the fighters – title opportunities and screen time.

From time to time, their paths cross in hotel lobbies or in the hallways backstage near their fighters’ dressing rooms. Each of their journeys is different and each of the roads that lie ahead is unique with its own strategies, vision, trials and successes, though they all end up in the same place eventually: at the fight.

The work these managers do is a mostly untold story of the boxing business that constitutes a backbone of importance beyond headlines and title belts. However their work also deserves a story or, at least from this writer, an introduction to whom these boxing mainstays are because they’re here to stay for the long run.

At only 12 years old, Tim VanNewhouse, of Cleveland, began learning the ropes at the urging of his uncle. VanNewhouse took his first fight against a Silver Gloves champion and knocked him out in the first round. “I thought boxing was going to be that simple. Boy, was I wrong,” VanNewhouse told RingTV.com. The passion from those adolescent years at Kronk Boxing Gym evolved into a lifetime affection for the Sweet Science, encouraged by watching Erik Morales, Oscar De La Hoya, Mike Tyson and Shane Mosley in the 1990s.

That affection led VanNewhouse to chase the Olympic dream, racking up more than a hundred amateur fights in his pursuit of qualifying. Turning pro shortly afterward and earning a knockout win in his debut, in October of 2007, just as he had done when he was 12, VanNewhouse did the unthinkable: He hung up his gloves afterward.

An honorable stretch in the Air Force precluded a promoting venture that kickstarted the career we see today, working with Split-T Management. Working with some of the biggest names in the sport and having his clients showcased on the biggest networks, VanNewhouse covers a lot of ground, negotiating fight contracts, sponsorship deals with Fortune 500 companies and handling public and community relations.

After meeting VanNewhouse for the first time following a fight in Los Angeles last year, RingTV.com was afforded the pleasure of getting to know him on a more personal level in the months thereafter. We picked his brain on the sport we all love and the following is only a small portion of what he shared. Be sure to keep an eye out for him in the crowd at fights from Los Angeles (home of his budding middleweight Diego Pacheco (4-0,  3 knockouts), who just celebrated a win last Saturday evening at Madison Square Garden) to New York City (where his young welterweight Brian Ceballo, 8-0, 4 KOs) will fight this Saturday night) or shake his hand if you happen to cross his path at a card. He’ll happily share some knowledge with you. 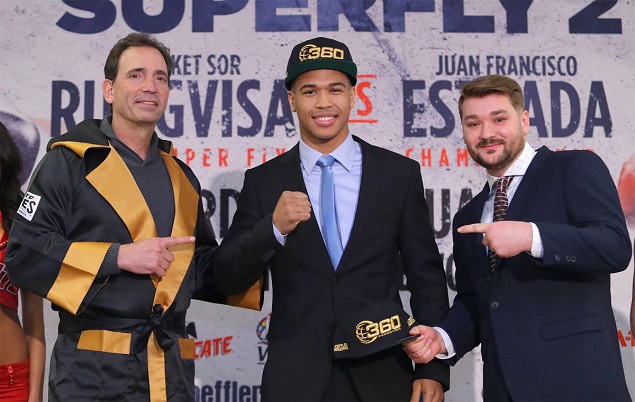 Nick Skok: What one point do you think defines both your current and future success in the industry?

Tin VanNewhouse: That’s a tough question, Nick. I don’t really define myself as successful. Despite my lifelong experiences in the sport and all my dedication to boxing, I just consider myself fortunate to be where I am today. Before I ever wore a suit, I wore a pair of boxing gloves and before I ever brokered a deal, I was being offered shitty ones. I know what it takes to be a good fighter and I know the type of manager a fighter needs. As it relates to my future, I have a big vision. I just need to keep working hard and advancing.

NS: With guys like Top Rank’s Bob Arum or Mr. Akihiko Honda of Teiken, who are the bosses of bosses and working into their 70s and 80s, how do you find the room to carve out your own path in an industry in which no one wants to quit or retire?

TV: I don’t think people want to retire when they’re the absolute best at what they do. We need more guys like them, more people that can’t see themselves anywhere else but in boxing. The type of innovation and vision that our sport needs isn’t achieved by part-timers. Look at what’s happening right now in our industry. Pay-per-view is being redefined; fighters are being overpaid and there’s a ton of valuable content being broadcasted each and every weekend. It’s the best it’s ever been during my lifetime. That’s happening from guys like Arum and the amazing teams they have behind him. 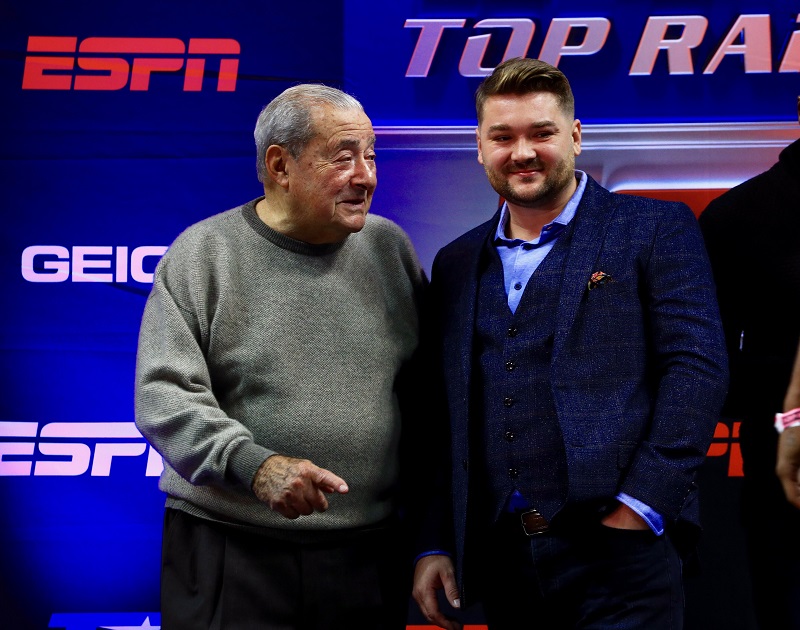 NS: What was the most recent goal you completed and what’s the next motivation?

TV: I just recently signed Abraham Nova. He’s a young junior lightweight contender from Albany, New York. His deal was a little difficult, as multiple parties were involved. However I was able to work through that and get him out of a promotional situation that he was unhappy with.

The plan is to find a good co-promoter to work collectively with Ken Casey (of Murphys Boxing), who’s doing a brilliant job in the New England Area. I have some interest from a lot of key players in the game right now and we will come up with the best plan for Nova’s future.

My motivation right now is to continue learning and improving on my craft, continue building up my roster of fighters and provide them with opportunities they otherwise wouldn’t have.

NS: Do you anticipate working in boxing forever?

TV: I don’t see myself doing anything other than boxing. I’m involved in a little bit of Real Estate but boxing is my true passion. I’m in love with the sport.

NS: Who do you most admire in the industry? 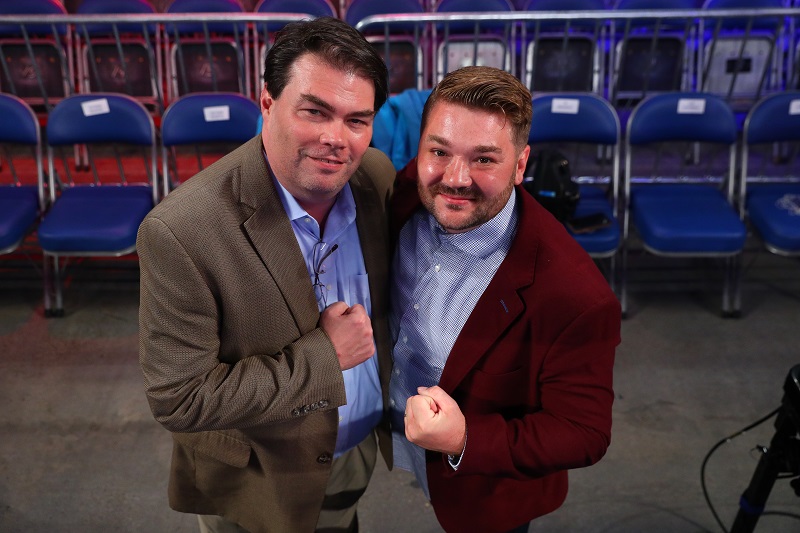 TV: That’s another tough one…We have some really good guys in our industry. I think Eric Botjer said it best in his Florida Boxing introduction Hall of Fame speech: “We are, as a whole, parts of other people that we let into our lives.” I’ve been fortunate to work with a lot of people but the few that have really spent time with me and supported me in this tough industry are the people that I admire most. Particularly Tom Loeffler, Sean Gibbons, Bruce Trampler, Joe Delguyd and David McWater. Each of those guys have skill sets, moral character and qualities I admire. 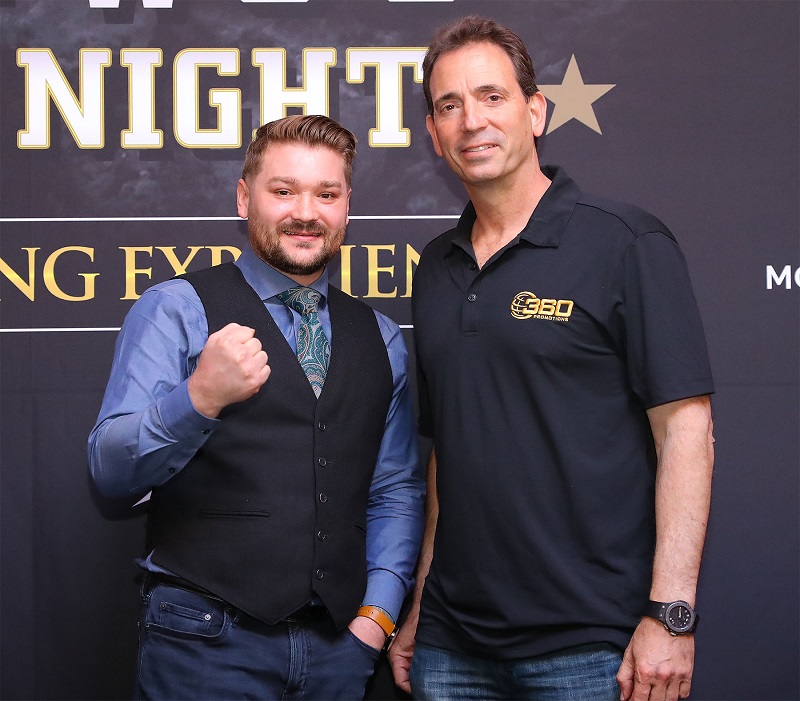 NS: Is boxing ever going to be mainstream?

TV: I thought it was mainstream. (Laughs)

NS: What would you change in the sport?

TV: I think I’d be happy if younger sports agents would try and enter the business. There could be more collaboration to promote our boxers image through endorsements, appearances and other business agreements outside of the ring. Boxing is lacking corporate endorsements. It’d be nice for agents that specialize in that arena to work more closely in boxing.

That being said, I think most hopefuls are discouraged to enter the business because of the lack of transparency extending from fight purses and long-term deals. In other major sports, deals are made public record and you can find out the length of the contract, projected salaries for that year and how much a total contract is worth. Not so much in boxing.

Thankfully through the years, I’ve had a lot of support and experience to know what is a good deal. Rarely do other managers in contract negotiation beat us out. Split-T Management takes a lot of pride in that.

NS: Who’s your next champion?

TV: It’s hard to tell. I have a lot of good guys I’m bringing up right now. I have the blueprint and the resources to help produce one really soon.