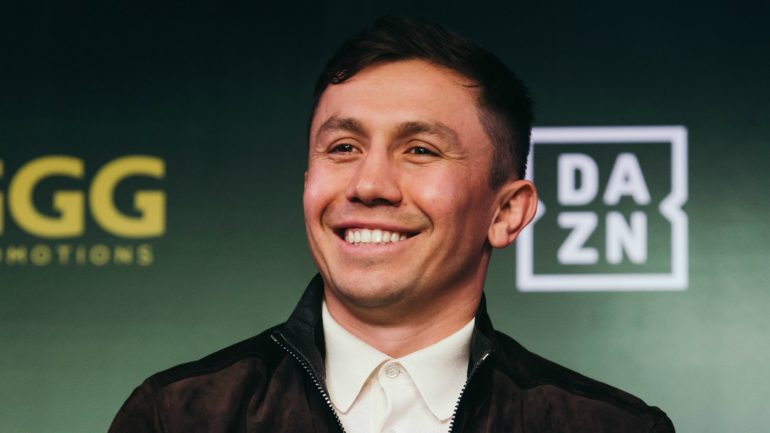 No, I don’t know how ticket sales are going but common sense tells me that the Andy Ruiz shocker win over Anthony Joshua last Saturday at Madison Square Garden has to be good for business, for this Saturday night’s card topped by Gennadiy – yes, GENNADIY. That’s part of the shift – Golovkin against unknown – even among the hardcore – Steve Rolls.

That’s because Rolls is truly known only to real completists, the ultra-hardcore, being that he’s stepped up against really only one “name” guy, Demond Nicholson. Maybe fight fans who were saying last month that if they’d chosen only one Garden event to hit in June, “AJ’s” American coronation in the big room shifted their thinking. After seeing underdog Andy Ruiz chew up AJ like a rawhide toy for the IBF/WBA and WBO heavyweight titles, maybe some of the fight fanatics reconsidered.

You know, Ruiz reminded me that shit happens, that scripts get flipped, that underdogs’ bites sometimes match their bark. What the hell; I will go to MSG to see if the Canadian can continue the momentum started by the Mexican-American…

On Wednesday, the principals gathered at MSG, for a press conference to bang the drums and help hype the attraction, portions of which will run on DAZN’s streaming platform.

And I wanted to see for myself how much “GGG” is a changed man…Spelling his name differently. Johnathan Banks subbed in for Abel Sanchez. What other changes would I see? I’m hearing we could even see some tweaks to the fighting style. Golovkin’s promoter Tom Loeffler told me that during sparring, he’s seen GGG move more and sees more explosiveness, because of a new strength-and-conditioning regimen. Would I see more of a black hat GGG? He got a bit of heat for calling the Canelo Alvarez vs. Daniel Jacobs fight a snoozer. I didn’t take issue with that; I don’t think his assessment departed from the summation offered by many folks who had high hopes for a thriller.

“Thank you Madison Square Garden; I feel like this is my second home,” said the 37-year-old, at the mic, as Banks looked on from the former “Sanchez” chair. “This is awesome. Not just for me but for sports. This is a big chance to show boxing fans my experience. You’re right; I had a long break but I feel right now I’m still smart and am coming back more strong. I feel my power and, of course, Steve Rolls, my opponent, he’s an undefeated guy. This is serious business, very dangerous sport. I believe he’s ready for Saturday night. This is real life, real fight. Please welcome to MSG this Saturday night, June 8. It’s going to be an amazing show, amazing atmosphere.”

Joshua can reiterate that sentiment, if you needed reminding. Sport can kick you in the groin and knee your teeth out while you are bent over. Joshua probably saw tens of millions – maybe more – go out the window, as his chin was checked and wrecked by a man not seen as a life-taker going in, and that super-fight flew out the window, perhaps never to return. GGG told media that, yes, he watched that bout and, yes, he recognizes that Rolls is a pro, who wants to pull a Ruiz. 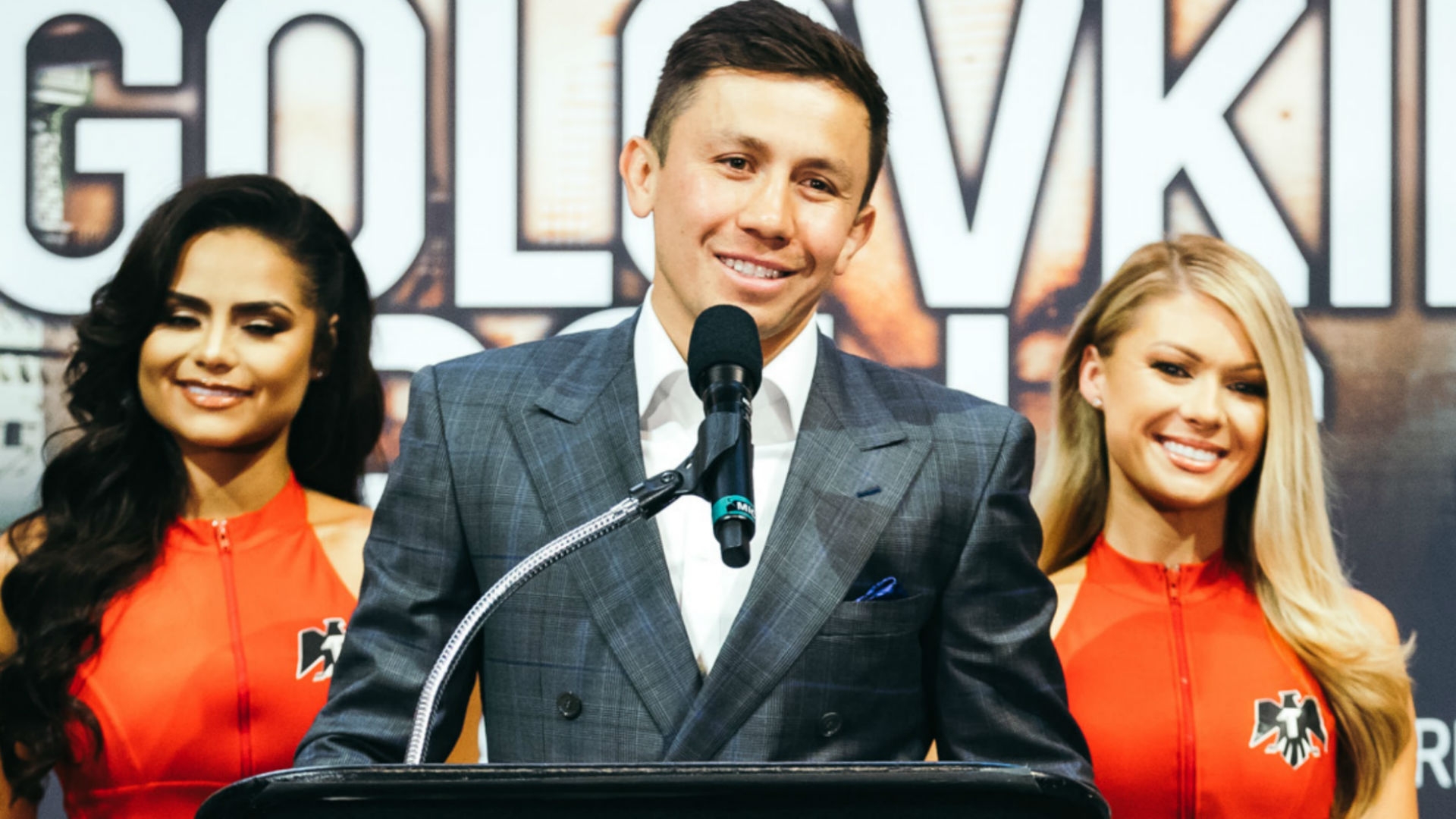 And this is why journos probably nodded their heads and muttered, “That’s wise,” under their breath, when the keyboard tappers persisted with the annoying queries about a third fight versus Canelo. No Canelo talk, GGG told us. He’s thinking Rolls.

No, he will not be accused of taking one eye off the task at hand, in the hindsight post-mortems, should “Rollsy Ruiz” make a statement for the ages, and make MSG home to the upset specialists for all-time. “I’m very cautious and very respectful of my opponent,” said GGG, entering with that new contract, trainer and a 38-1-1 mark (with 34 knockouts). I understand his situation. I always think of my opponent as a professional. It’s very serious, so I really understand it’s a dangerous situation and I’m conscious of that.”

Yep, I doubt Golovkin needed any impetus to stay on message. He strikes me as among the most focused persons in the game but if he did, Andy Ruiz probably made life tougher for Steve Rolls. “If you look at it partially, Joshua was terrible; Ruiz was great,” said the Kazakh hitter. “You can look at various elements. It will probably be a big lesson, an important lesson for Joshua to learn. And also, I know Andy Ruiz. I’m not surprised of the outcome of that fight.”

Rolls is 19-0 (with 10 KOs) and his best win comes over Demond Nicholson, in June 2017; at MSG. He seemed Canadian; sorry for the stereotyping. I mean that quite positively. He was chill, polite, well-spoken, not seeming to be a hotshot persona at all.

Now when Rolls spoke, I didn’t roll my eyes, I wouldn’t do that; I’ve been covering too long to have that reaction. Underdogs do bite now and again. “Even before I saw (Ruiz vs. Joshua), I had every plan of coming here to pull an upset,” said the boxer promoted by Lou DiBella. ‘I know exactly what I’m capable of. I understand when you get two guys in the ring, anything can happen. When you count anyone out, I just don’t get that. Anything’s possible when you get in a ring with another man.” 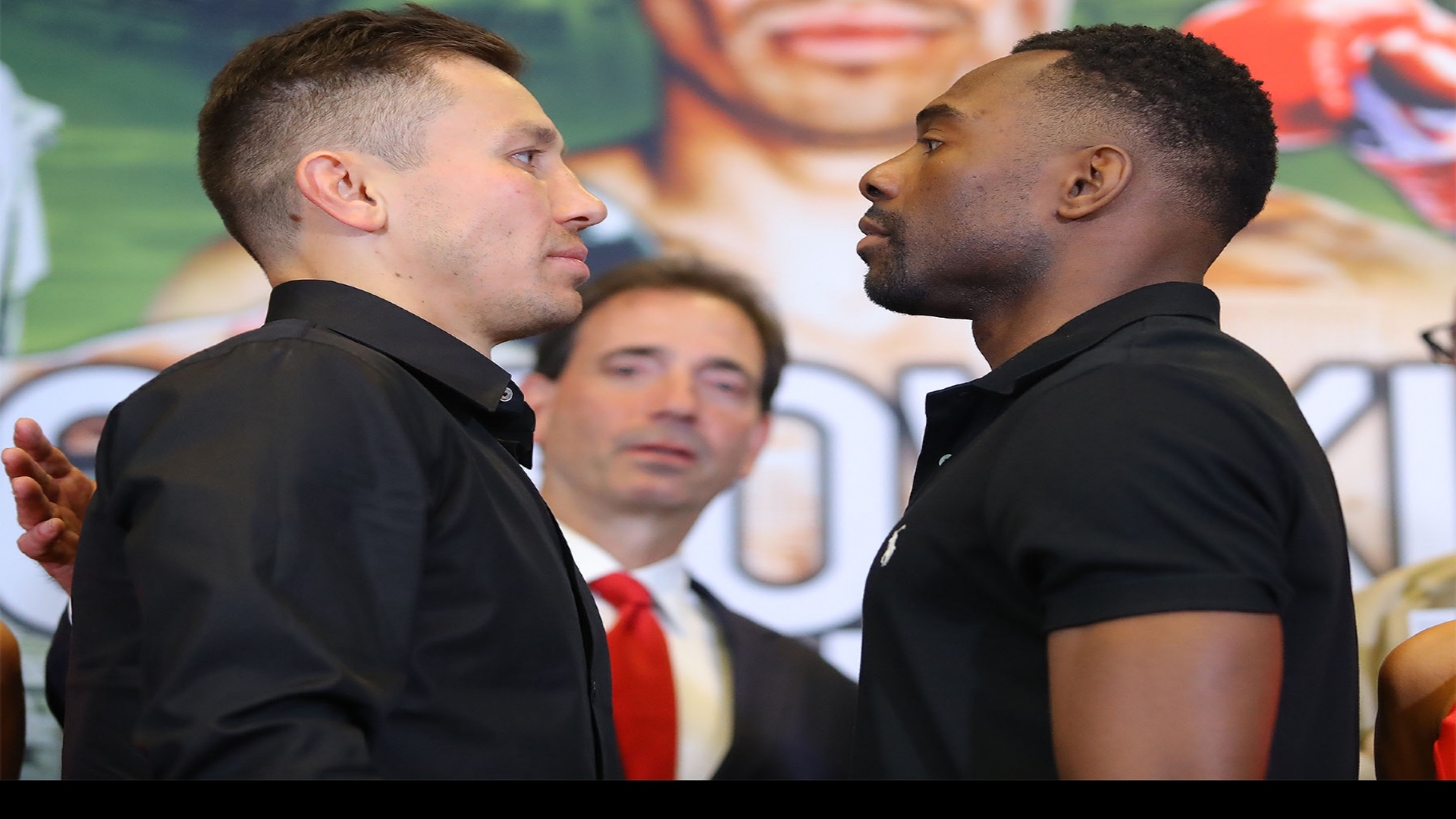 DiBella has been swimming these waters long enough to know that the river runs the way it wants to run and he is patiently watching from the shoreline. But, yes, the Ruiz win had to give him a jolt of optimism too. “Steve may not be a recognizable name but he’s a real pro and he’s never had this opportunity. But every challenge ever put in front of him he’s met. What you’re going to get in the ring is a terrific fight and people will see, win lose or draw, what kind of fighter Steve Rolls is. The people who’ve been around have already seen what kind of a man Steve Rolls is,” he said on Wednesday. “He’s as good of a man as you can find in the sport, as hard-working of a man as you can find in this sport. On Saturday night, I know the decision to give Steve Rolls the fight is going to be justified by what happens in the ring. I’m not crazy enough to predict against a (future)) Hall-of-Famer and all-time great but I am confident enough to say a real fighter will be standing across from GGG and he’s going to give 110% of what he has and that’s going to be enough to prove to the world that he’s good enough to be there.”

NOTE: The official weigh-in will be streamed live on the DAZN platform and social media channels on Friday starting at 3:00 p.m. ET.

SPEEDBAG: It’s a tidy seven-bout card at the Mecca on Saturday. Doors open at 6 p.m. ET.

– Maybe the best back story of anyone involved in the card belongs to Marcus McDaniel (15-0, 2 KOs). The Louisiana super middleweight comes in the underdog versus Ali Akhmedov (14-0, 10 KOs) but I think he won’t be too demoralized by that. The guy was shot nine months ago, almost died and was told to no longer fight. He didn’t listen and came back in February to down Brian Vera, a decent vet, by unanimous decision.

– DiBella also has Charles Conwell (9-0) on the card. The Ohio boxer meets Courtney Pennington (12-3-3, 5KOs), no slouch; he’s a solid gatekeeper, so that bout should be quite watchable. The vacant USBA junior middleweight title is up for grabs. Conwell is seeing fellow 2016 Olympians edge toward those regional title fights, so he’s asking DiBella to speed it all up.

– Brian Ceballo (8-0, 4 KOs) is in a step-up fight versus Dmitriy Salita’s bomber Bakhtiyar Eyubov (14-0-1, 12 KOs), from Kazakhstan. Eyubov’s coming off a draw, in February, so he might be extra amped to get back on the winning track. This one, too, could feature some drama, ebb and flow.

– Back in March, Israil Madrimov (2-0, 2 KOs) made a splash, looking like a shark with gloves on, as he tore his teeth into Frank Rojas. The power, the intent to smash the foe and grab victory, it resonated. I will see him in the flesh Saturday, as boxer trained by Joel Diaz clashes with Norberto Gonzalez (23-12, 13 KOs). The 24-year-old on the rise likely knows that Gonzalez has lost four straight. Or maybe he doesn’t because he doesn’t care. He’s so confident in his game-changers.

Listen to Michael Woods’ Everlast podcast if you’d like. Two episodes are available this week. Here are No. 1 and No. 2. You can also follow him on Twitter @Woodsy1069.