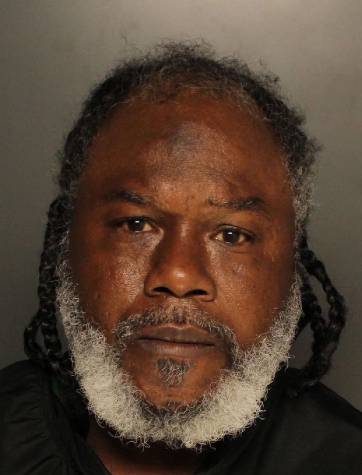 Meldrick Taylor, the two-time world champion and 1984 Olympic gold medalist, was arrested Tuesday morning at his residence in North Philadelphia after an armed standoff with police.

Officers responded to a call Monday night Taylor, 52, was taken into custody by Philadelphia police at approximately 1:30 a.m. Tuesday morning and charged with Aggravated Assault, Possession of an Instrument of Crime, Terroristic Threats and related offenses, police sources confirmed to The Ring.

According to NBC Philadelphia, a 26-year-old man claims Taylor pulled a revolver on him during a dispute while trying to evict him from an apartment. The Philly Voice reports that Taylor owns a two-story brick row home on the block where the incident took place. The man objected to Taylor’s demands, saying he needed a few days to clear the premises, instead of being ordered to leave the following morning.

When police arrived at the scene, Taylor reportedly told them “I ain’t coming out,” but surrendered 90 minutes later.

Taylor had been one of the stars of the United States’ boxing team at the Los Angeles Olympics, winning featherweight gold before turning professional later in 1984. Taylor won his first world title in 1988, stopping James “Buddy” McGirt in twelve rounds to win the IBF junior welterweight title, and making two defenses before his fateful meeting with Julio Cesar Chavez in 1990.

In that fight, Taylor dominated the early and middle rounds before being worn down by Chavez’s body blows and heavier head shots. He led 107-102 and 108-101 on two cards when he was dropped in the final seconds of the twelfth round and was stopped with two seconds remaining, resulting in his first defeat and one of the most controversial officiating decisions in boxing history.

Taylor rebounded the following year to defeat Aaron Davis for the WBA welterweight title but was clearly on the decline by his mid-20s, losing back-to-back stoppages to Terry Norris and Crisanto Espana in 1992 in punishing fashion.

Taylor finally retired for good in 2002 with a record of 38-8-1 (20 knockouts), around the time that an episode of HBO’s Legendary Nights profiling the first Chavez-Taylor suggested that Taylor’s slurred speech was attributable to punches he took during his career.

Taylor has been on the ballot for the International Boxing Hall of Fame for several years but has yet to make the top three.