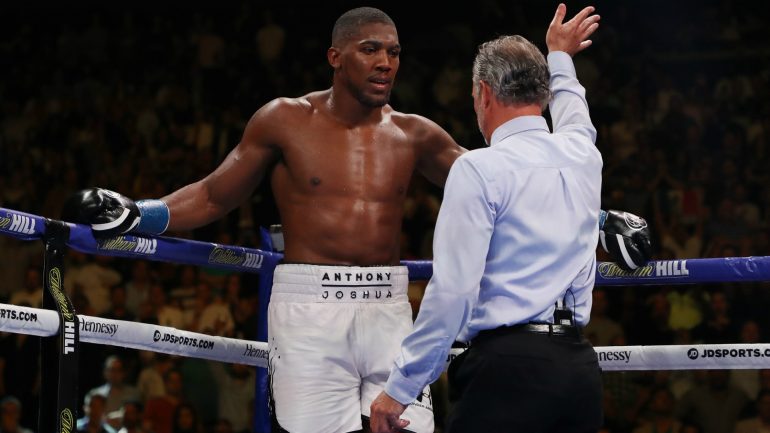 Deontay Wilder said Anthony Joshua “wasn’t a true champion” as the WBC holder hit out at the British star after he was sensationally dethroned by Andy Ruiz Jr.

Ruiz flipped the heavyweight division on its head after stripping previously undefeated champion Joshua of his WBA, IBF and WBO belts in a huge upset on Saturday.

And Wilder (41-0-1) did not hold back, the American slamming Joshua via Twitter after the bout.

He wasn’t a true champion. His whole career was consisted of lies, contradictions and gifts.
Facts and now we know who was running from who!!!!#TilThisDay

While Wilder was scathing, Tyson Fury was far more positive in his response to Joshua’s dramatic defeat.

Fury – who will face Tom Schwarz in Las Vegas on June 15 – has described Joshua as a “mediocre average heavyweight” in the past.

We have our back and Forth’s but @anthonyfjoshua changed his stars through life. heavyweight boxing, these things happen, rest up, recover, regroup and come again

Joshua has already confirmed he will exercise his rematch clause against Ruiz, with a bout set to take place in either November or December in the United Kingdom.