Josh Kelly held to a draw by Ray Robinson in U.S. debut 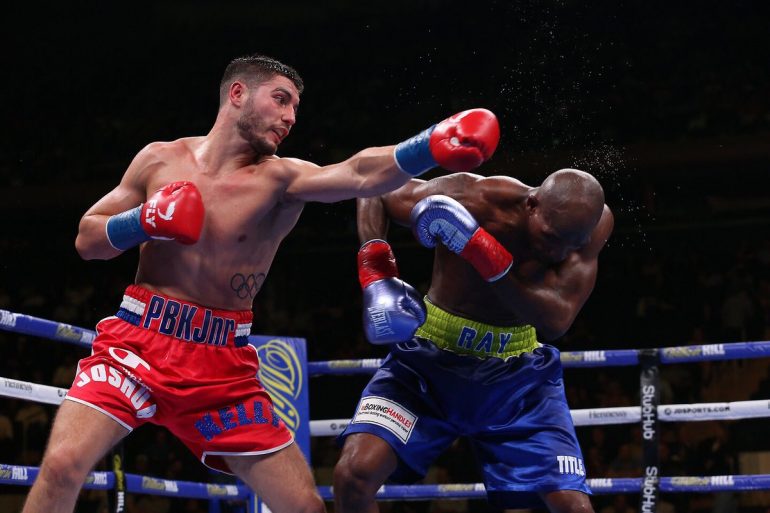 NEW YORK — Flashy British prospect Josh Kelly (9-0-1, 6 Knockouts) didn’t get the United States coming out party he was expecting on the Joshua-Ruiz undercard. The unbeaten welterweight fought to a majority draw with Philadelphia’s Ray Robinson (24-3-2, 12 KOs), winning on one card (96-95) with the other two official scores being 95-95, in a bout that was streamed live in the U.S. on DAZN.

With blood streaming from both of his eyes due to cuts in the 10th and final round, the 25-year-old Kelly couldn’t find the sense of urgency needed to escape New York City with the victory. Instead the 2016 British Olympian allowed Robinson to be the aggressor, as the American was most of the bout. Having not learned from showboating in his last bout against Przemyslaw Runowski this past April when Kelly made the bout more difficult than it needed to be, this time out he allowed a more experienced fighter to outwork him and almost snatch a close points victory. Perhaps the moral victory for Robinson was his ability to quiet the partisan crowd.

Having spent the first six rounds moving and content to simply counter the southpaw Robison, Kelly allowed himself to get close and personal with Robinson in the seventh and both men slugged it out in what was the most action in the bout.

Robinson had Kelly pinned to the corner for much of the seventh and eighth rounds with Kelly keeping his arms low and just popping one shot at a time. Robinson was never able to cut the ring off cleanly allowing Kelly to be elusive and slippery enough to make it appear Kelly was landing the cleaner shots.

By the final round Kelly had blood streaming from both eyes and moved away enough to lure Robinson into  few uppercuts coming in. While Kelly landed cleanly several times he failed to follow up with anything meaningful.

Robinson is coming off another draw against Egidjius Kavaliauskas in his most previous bout last March in Philadelphia.