Andy Ruiz: ‘I’m here to win. I’m not scared of nobody’ 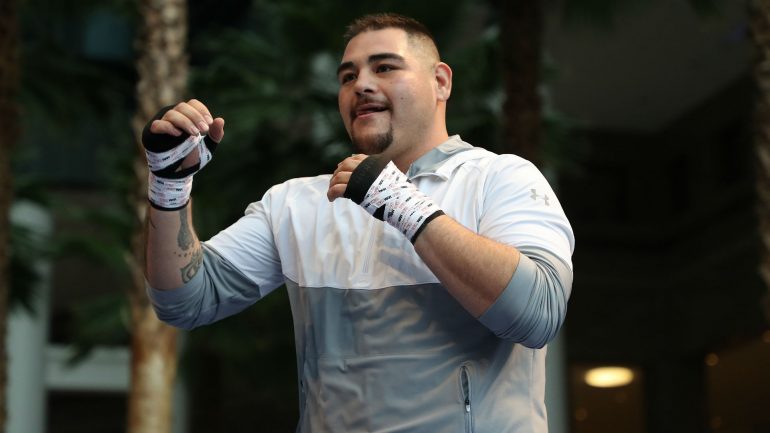 There isn’t an insult Andy Ruiz hasn’t heard over the last couple of weeks during the build-up to his challenge of IBF/WBA/WBO heayweight titlist Anthony Joshua this Saturday. As a matter of fact, he has heard them his entire life.

“Anthony Joshua is too tall for him.”

“Can’t he lose any weight?”

It would be cliche for Ruiz to say he uses the insults as motivation in preparation for the biggest fight of his career thus far. Those insults roll off of him instead of enveloping him, which he believes is good enough to win multiple world title belts on Saturday night.

Ruiz returned to the ring for the first time in over nine months on April 20, stopping Alexander Dimitrenko after the fifth round in Carson, California.

The 29-year-old Ruiz secured the Joshua fight after original opponent Jarrell Miller failed three drug tests and had to withdraw from their scheduled fight after the New York Athletic Commission denied Miller a boxing license about six weeks ago. Despite the quick turnaround, Ruiz was eager to land the fight.

“I was excited, nervous, anxious because I wanted to get the fight,” Ruiz told RingTV.com. “I was praying to God for Him to give me this opportunity. I was messaging (Matchroom Boxing Group Managing Director) Eddie Hearn as well. We’re here now. We’re not looking past Anthony Joshua. He’s big. He’s the champion. I feel I could do a lot better (than what people expect of me). I know I can win the fight.”

Ruiz, who was born and raised in the California desert city of Imperial, has won his last three fights since his majority decision loss to Joseph Parker in December of 2016. Both fighters were vying for the vacant WBO heavyweight title.

Ruiz is be the underdog and part of the reason could be based on his performance and the result in the Parker fight. Ruiz believes too much is placed on that fight, especially when there were issues with which he had dealt. 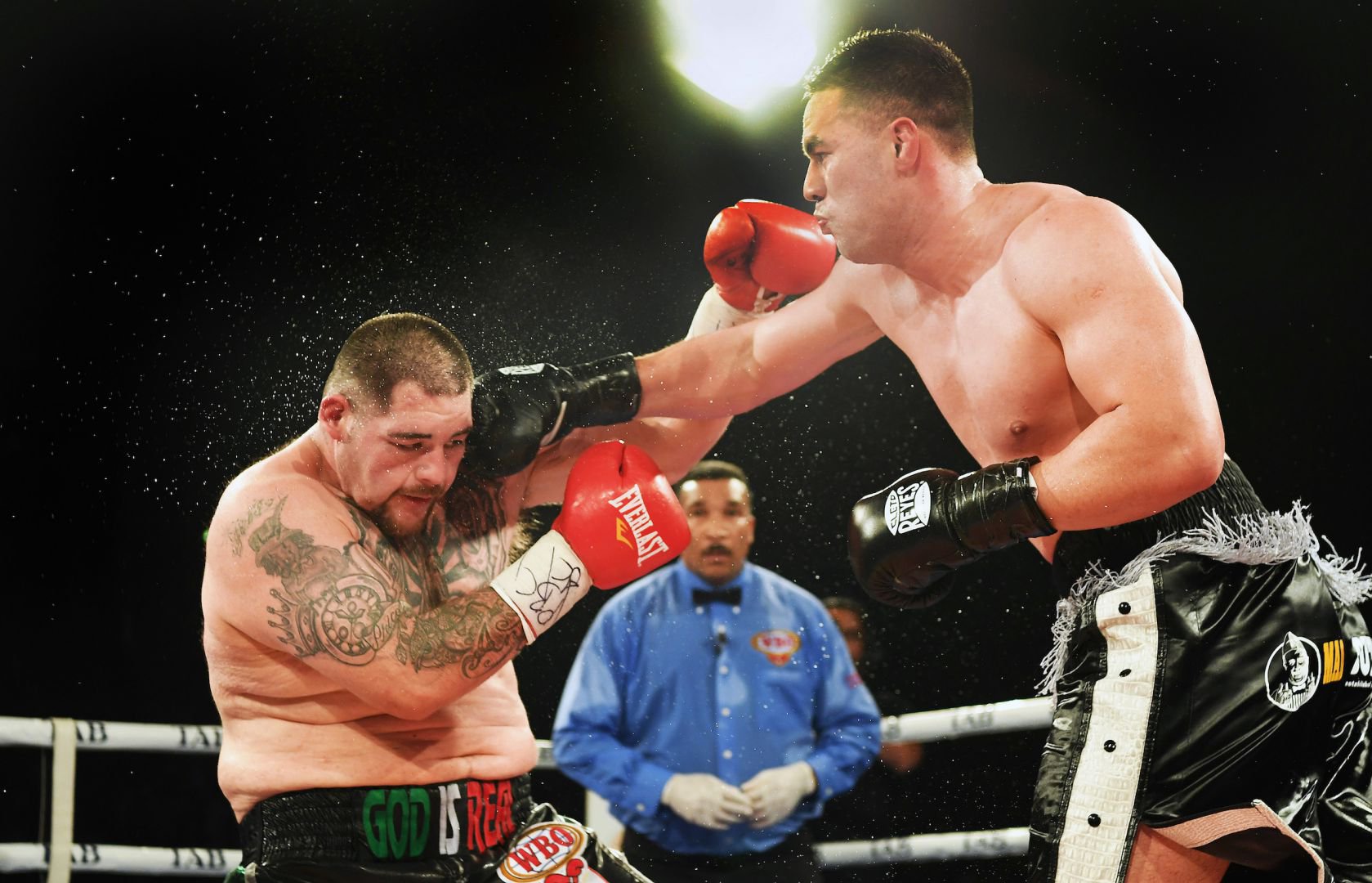 “A lot of people don’t know about the training camp that I had when I fought Joseph Parker,” said Ruiz, who is co-trained by his father Andy Sr. and Manny Robles. “I only had one month (of training) for that fight, especially since they were moving it. That it was going to be here (in the U.S.) or over there (New Zealand). There is no excuses. Things happen for a reason. I think that this time is my time and to show who Andy Ruiz really is.”

Ruiz’s outgoing personality and acceptance of his appearance have made him a quasi fan-favorite to some fans, even promoting Snickers, a popular candy bar.

The novelty with Snickers is not recent, as he has enjoyed them since he was a child, but his recent jokes about the product have led to possible sponsorship deals.

“Since I was six, seven years old, I had a lot of amateur fights. My dad would give me a Snickers to give me an extra boost and energy. I felt that kind of helped me out and I kept doing it. Luckily I didn’t do it for the Parker fight, so that kind of sucked.

“We’re working on something (with the company). We have their email. We’re working on sponsor package deals. They want to look at how many people view the (Joshua) fight. We’re negotiating but I’m pretty sure and I’m confident we’ll get a Snickers endorsement. If anything, I’m going to still keep eating them. I won’t promote it anymore but I’ll still be eating them.”

Ruiz will attempt to become the first heavyweight champion of Mexican descent. Chris Arreola failed three times in his attempt to become a world titleholder, with his most recent attempt against Deontay Wilder in July of 2016.

Manuel Ramos lost to heavyweight champion Joe Frazier after the second round in June of 1968.

Ruiz knows the odds are against him but he believes where Arreola and Ramos failed, he will instead be victorious and make fans in the process, even when his time with Top Rank ended after defeating Kevin Johnson on July 7.

“It all takes time, especially with the long layoff that I had with Top Rank. I don’t want to say bad stuff about Top Rank because they did help me out throughout my whole career.

“I think this is a new chapter. It’s a new Andy and I can’t wait to prove everyone wrong. I’m here now. June 1. It’s going to be an all-action fight. I’m here to win. I’m not scared of nobody. I’m excited and happy for this opportunity.”