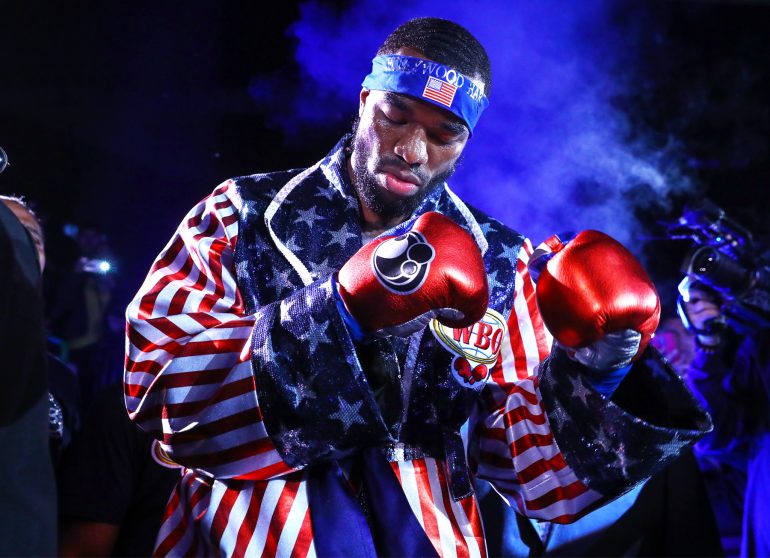 Photo by Mikey Williams/Top Rank
29
May
by Ryan Songalia

A light-heavyweight clash between Jesse Hart and Sullivan Barrera has been added to the June 15 card in Las Vegas that will be headlined by lineal heavyweight champion Tyson Fury facing off against Tom Schwarz.

The ten-round fight was announced Wednesday afternoon by Top Rank, which will promote the card at the MGM Grand Garden Arena. The card will be streamed on ESPN+ in the United States, beginning at 10 p.m. ET.

Hart-Barrera features two contenders who have only fallen short at the world title level. Hart (25-2, 21 knockouts) of Philadelphia is coming off a second close decision loss to Gilberto Ramirez for the WBO super middleweight title in December and will be stepping up to 175 pounds. The 29-year-old is currently rated no. 9 by The Ring at 168 pounds.

Barrera (22-2, 14 KOs) has only lost to Andre Ward and Dmitry Bivol, and is coming off a dominant decision over Seanie Monaghan in November and is rated no. 8 by The Ring at 175 pounds.

While both have two defeats each, Barrera, 37, has beaten the better quality of opposition, with wins over Joe Smith Jr., Vyacheslav Shabranskyy, and Karo Murat.

“On June 15, I’m coming to knock him out,” Hart was quoted as saying in the press release. “I refuse to lose. This is a legacy fight. I want the big names. I need a big name, and Barrera is the name. I don’t want to just win and coast to some boring decision. I’m coming to prove to the world that I can fight with these bigger guys. After I knock Barrera out, I’m coming for all the champions. The light heavyweights better watch out because ‘Hollywood’ Hart is here.”

“I am excited to face Jesse Hart, a great fighter who has also been in there with world champions,” Barrera said. “This is a must-win fight. Simple as that. Camp has been great for me, and I am looking forward to June 15.”