Bob Arum: ‘Tyson Fury is going to really resonate with the general public’ 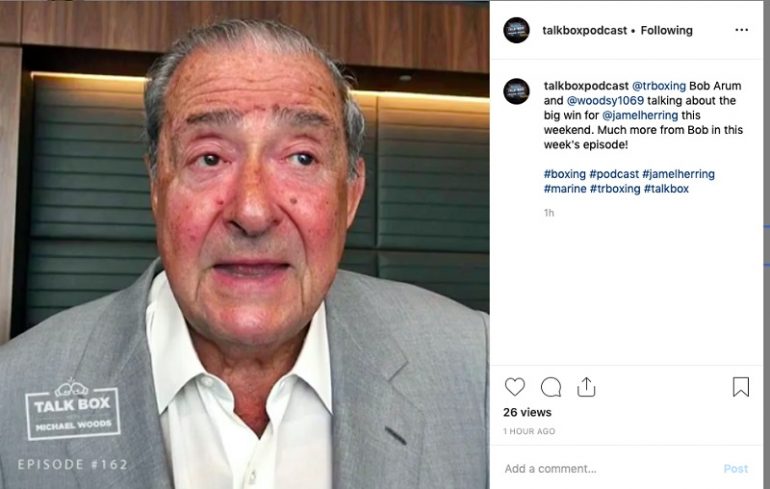 You want it now. I want it now…but they don’t. I mean, some of them may more than others but, by and large, all the principals sort of seem to be on the same page. IBF/WBA/WBO heavyweight titlist Anthony Joshua, WBC counterpart Deontay Wilder and lineal champion Tyson Fury are all somewhat in holding patterns, taking on sub-super-fights, with a possible aim toward building interest and momentum for big-picture tangos.

Promoter Bob Arum, who has Tyson Fury under his Top Rank umbrella, is certainly in that holding pattern/build-up stage. Fury fights on June 15, versus Tom Schwarz, in Las Vegas.

Arum says Fury (27-0-1, 19 knockouts), 30, is the most charismatic guy in the sport he’s seen since Muhammad Ali and a comebacking George Foreman. “You only started seeing the rollout of Tyson Fury. He’s going to be on a lot of entertainment shows like Jimmy Kimmel. He’s going to really resonate with the general public,” said the promoter. “In other words, it’s one thing for a guy to be known by the boxing fans; there’s a second level where he’s known by all sports fans and then there’s a third level, which is a great level, where the general public knows them. Now most of the fighters today are at the first level. If they’re good fighters and they’ve been promoted well, boxing fans all know them. To step up to the second level is much more difficult. With ESPN, which obviously does all sports, it’s easier but it’s still difficult. And then, the third level, the general public, that’s another step entirely…and we believe, before we’re finished, before the fight starts on June 15th, Tyson Fury will have reached the third level.”

We touched on that logjam among the heavyweight top guns. Am I right, I asked Arum, to work on my patience because those round robin fights will come…but not just yet? He and Team Wilder and Team AJ want their guys be that much better known in America, so these heavyweight face-offs can make more ripples beyond the hardcore fight fan scene.

“That is absolutely accurate,” Arum agreed, “The three guys, every boxing fan knows who the three guys are but that’s not a big enough audience, not for what everybody is (shooting for.)” Arum said all three are talented and, “We want everybody in the U.S. and around the world to be paying attention, just like I remember in the old days, when we had these major heavyweight fights with Foreman and (Joe) Frazier and Ali, the whole world watched intently.”

Interesting. No failure of imagination and positivity of possibilities there. I find it hard to see how we could go back to those old days but Arum seems to be less resigned than I am.

He said it’s like how the other sports do it; they build up with momentum. “You don’t just wanna do it for your base; you wanna do it for as big an audience as possible,” he told listeners of Everlast’s Talkbox podcast.

Arum said he has family obligations and will see a grandson graduating from high school, in Colorado, but he will tune in to watch the Anthony Joshua vs. Andy Ruiz scrap on Saturday night.

And what about Fury versus Wilder 2? “I think it probably maybe a little shorter than middle of next year, maybe earlier next year, maybe first quarter; there’s a possibility. I really believe that there’s a good chance that we’ll see all three guys in action, all three guys involved in major fights with one or another of the guys in 2020. I think everybody is going to have done their job as best as possible and they’ll be at their peak of popularity around the world and I think 2020 is when we’ll see them each fighting each other.”