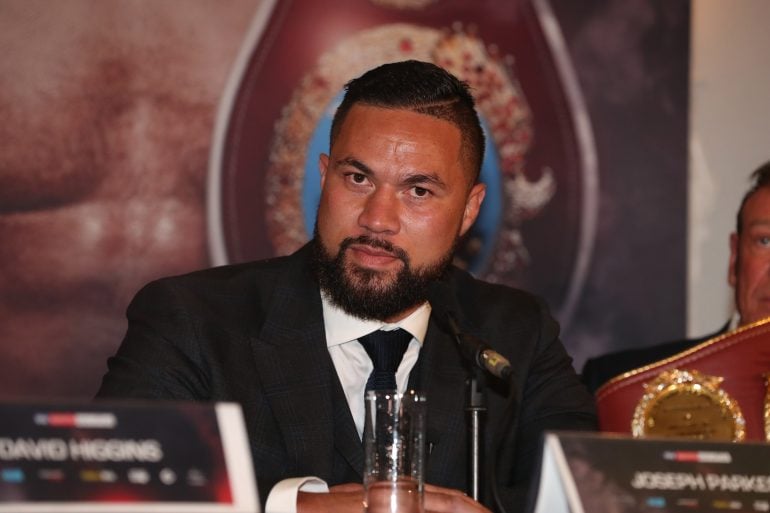 Photo by Lawrence Lustig
29
May
by Tom Gray

He’s been there and done it.

Hard-hitting Kiwi Joseph Parker is the only man to have mixed with both Anthony Joshua and Andy Ruiz Jr. in world title fights and, therefore, he knows the strengths and weaknesses of both men better than anyone.

Parker, who is rated No. 7 by The Ring at heavyweight, lifted the vacant WBO title by scoring a 12-round majority decision over the then-unbeaten Ruiz in December 2016. Highly-touted and with home advantage, Parker was the betting favorite, but the amiable New Zealander knew he was facing a tough task and dismissed his opponent’s less than aesthetically pleasing body shape as irrelevant.

“I wasn’t surprised at how Andy Ruiz performed against me,” said Parker in an interview with The Ring. “We’d sparred in Vegas and I told everyone, ‘Don’t think he’s a slob because of how he looks.’ I knew he could put the pressure on and I knew he had heart. His ability might surprise the public and some of the fans who don’t really know who he is.

“In the fight we had, he started a lot faster than I did. When he does attack, he throws a lot of combinations. He has very fast hands and he likes to mix it up; he throws to the head, he throws to the body and he put the pressure on throughout the fight. The pressure was just more intense in the first half and towards the middle I picked it up. I was able to work my combinations, get the better of him and he faded a bit.”

Two title defenses and 15 months later, Parker faced off against Joshua, the IBF and WBA titleholder, in a money-spinning unification showdown at the Principality Stadium in Cardiff, Wales. Despite claiming a wide 12-round unanimous decision, Joshua was taken the distance for the first time in his career, and the Englishman’s vaunted power rarely troubled the visitor.

“I started good in that fight and by the midway point it was still pretty close,” recalled Parker. “But the thing I like about Joshua is that he seemed to change his style and adapt to what I was doing. He controlled the distance very good and I didn’t expect that from him. If you watch his previous fights, he was going in for the kill and knocking people out. My plan was to avoid that and counter, but he can adjust in a fight and that’s impressive.

“With my movement allowing me to avoid the big punches, he never really troubled me (with his power). If he’d caught me with one, it would probably have been a different story, but I’m thankful that my movement helped me.” 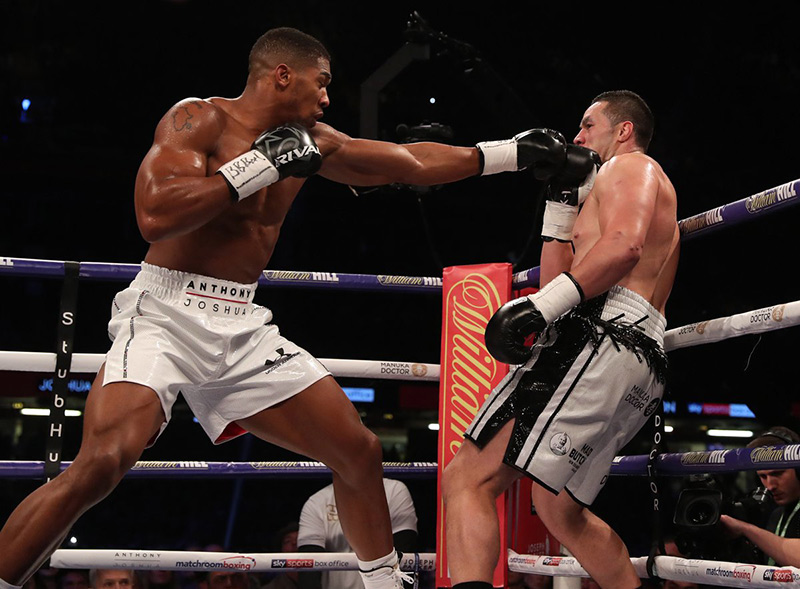 So can Ruiz pull a miracle? The Mexican-American contender accepted the Joshua fight at a month’s notice following the ignominious PED debacle surrounding original opponent Jarrell Miller. Ruiz had shaken off some ring rust on April 20, stopping Alexander Dimitrenko in five rounds, but he’s still a whopping 12-1 against in a two-horse race.

“Andy Ruiz is gonna come out strong, he’s got nothing to lose,” stated Parker. “He’s gonna come out and throw hands and he’ll take a punch to give a punch; that’s his style. He’s gonna be in the firing zone, and he’ll get caught a lot more than I did. The thing is, if it was a little hard for Andy to get to me and I’m 6-foot-4, we have to remember that Joshua is 6-foot-6. Joshua is smart in the ring and he knows how to avoid the shorter fighter.

“I think AJ will overcome Andy Ruiz and show what he can do in the ring. Ruiz has never been dropped and he’s never been knocked out. One part of me thinks he can go 12 rounds, but another part of me thinks if Joshua lands the big right hand or the uppercut, then Andy might go down for the first time in his career. I’m on the fence in terms of the fight going the distance or ending in a knockout.”

And what next for Parker? After suffering back-to-back defeats to Joshua and Dillian Whyte, the 27-year-old boxer puncher got back in the win column with a brutal third-round knockout of Alexander Flores in December.

“I’m in Las Vegas training hard right now,” said Parker (25-2, 19 knockouts). “I started sparring last week and we’ll have an announcement coming up. I’ve signed a new contract and we’ll be announcing the fight I’m having next. I’m excited and looking forward to the second phase of my career.

“I want to be champion again. I would like to fight (Tyson) Fury, I respect Fury a lot. I’d like to fight Joshua, (Deontay) Wilder, any of them. But at the moment, I’m in the position where I have to build myself up again. Even though I want to fight these guys, I know where I stand at the moment and we need to progress in order to get to these guys in the ring.”