20
May
by Kurt Emhoff

The Ring is proud to present “The Boxing Esq. Podcast with Kurt Emhoff.” Emhoff, an attorney based in New York City, is a top boxing manager who has represented over 10 world titleholders in his 20-plus years in the sport. 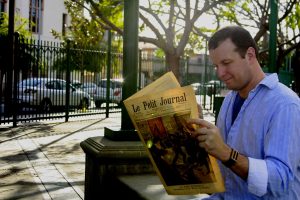 His guest on this podcast is MMA and boxing writer John Nash. They spoke about the rumors of a possible sale of the Premier Boxing Champions (PBC) organization, currently headed by Al Haymon, to Endeavor, the company that owns the UFC. They also spoke about rumors of a possible sale of Top Rank to Endeavor and what an Endeavor boxing promotional company would look like.

Additionally, John talked about the latest news in MMA, including ESPN’s acquisition of the PPV broadcast rights of the UFC, and Bellator’s DAZN deal.

On what he’s heard regarding the potential purchase of the PBC by Endeavor:

“People that I know that are pretty, pretty plugged in, they tell me this is true. That those two camps, Endeavor and Waddell Reed/PBC, have been in talks. It’s been in talks for months. A couple of them were pretty confident. They think a deal will be made and Endeavor will purchase the PBC. I don’t know if it’s really the PBC. This is where the confusion comes in. What exactly would they be purchasing if they got it? I still haven’t quite deciphered what that is. But the people I talk to, they expect Haymon to stay on whatever it is. So, my guess would be they would be purchasing Waddell Reed shares of Haymon Sports, their investment in it. Because Waddell Reed just don’t see getting their investment back. Because the whole pitch to them was basically we’re going to turn the PBC into the UFC of boxing. Well, it doesn’t look like that’s happened the way ESPN, Top Rank and DAZN are going. So, if they’re not going to be the UFC of boxing, they’re not gonna get the returns they expected. So, they’re kind of, I think, looking to cut their losses.”

On Dana White’s desire to get into boxing: 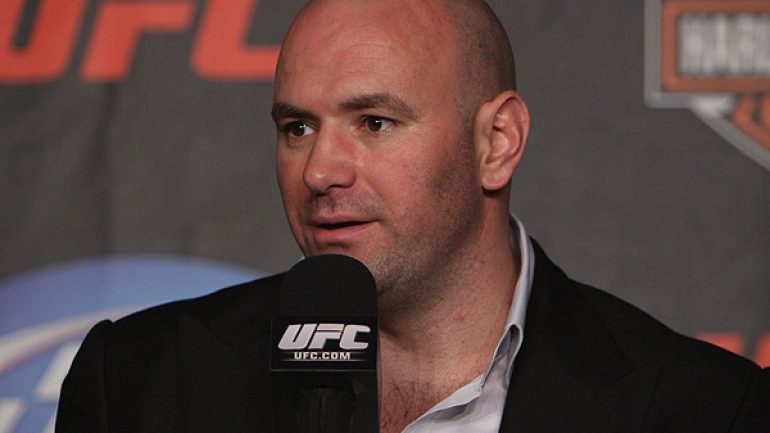 “I know from a lot of people that are familiar with the UFC that Dana White’s been talking about wanting to get into boxing for probably close to a decade now. With Zuffa and the Fertittas (the company and family that previous owned the UFC), I guess, they might’ve thought “maybe”, but always kicked the can down the road. But Zuffa, and now Endeavor, I guess, for a long time have thought about entering the boxing sphere. Probably because you grow MMA as big as you can and in North America there’s really not much more growth for the sport on the horizon that I see. So, expand your market, go into another sport. Boxing is the most obvious. That’s the way you can increase value. But he’s been wanting to get into it but some of the same people I talked to told me that for awhile Endeavor/UFC/Zuffa whatever you want to call those holdings were also in talks with – you know, to put out feelers and talks to – Top Rank and Golden Boy. So, they’ve been looking to get a major promotion for awhile.”

On the downside of Endeavor getting into boxing:

“What always gets me worried is when you hear the little things that the UFC’s said. First of all, (Dana) said that they’re gonna make a big move at the end of summer in boxing. So that might give us a timeframe when some news comes out. He also said they’re not going to work with sanctioning organizations and he also doesn’t apparently want to work with other promoters. So, if that’s the case, it’s almost a worst-case scenario because without working with the sanction organizations, what are they gonna do with their titles? And that’s one of the only ways you can get promoters to work together is mandatory bouts.”

On Endeavor’s interest in Top Rank: 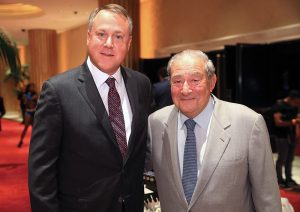 “The only rumor I heard was that (Endeavor) was interested in (Top Rank). I’m thinking it was one of their first choices because it makes more sense because it’s on ESPN. It gives you more leverage with ESPN because now you own both combat sports properties that get any sort of ratings on ESPN and that are driving a lot of subscriptions to ESPN+. So, it gives them more leverage in that sense. It would make more sense for Top Rank. But all I heard was that they made that offer to get Top Rank’s film vault and that in the past they were making the discussions with Top Rank to possibly purchase them. And people gotta remember this isn’t the UFC purchasing Top Rank, this is Endeavor getting Top Rank, you know, the parent company. Because I don’t think Bob Arum would sell to do UFC directly. I just personally don’t. I mean Bob has some pride in the brand that he’s built over the years. But they would take probably a major investment. I can imagine them selling a large share to Endeavor and Endeavor keeping the management around because the management’s done a great job. ”

The difference between the value of boxing promotional entities vs. UFC:

“What’s weird about boxing is honestly no promotional entity in boxing itself is that valuable. It’s not like UFC – which UFC is the sport, owns the brand, controls the fighters and the titles. The profit margins are so immense that you’re making a huge return. The UFC is worth something. In my opinion, most boxing promotions are going to be worth a fraction, a small fraction, of what the UFC is because the margins are small.”

On the dilemmas Endeavor would have reconciling the pay model in MMA with that in boxing. 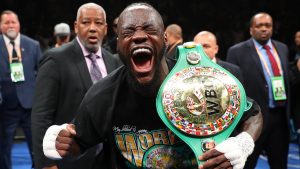 “If they try to pay like the pay structure of MMA in boxing, you’re just going to lose all the top boxers. They’re just not going to go there. And I guess maybe you could make up your own league and just pretend that your guys are the best and they’re signed to like iron clad contracts and then maybe the fans wouldn’t catch on, because they’re not fighting other guys outside the promotion, that they’re not the best. I don’t think that would happen. That’s one. The other thing is you’d imagine the UFC fighters who have been relatively quiet about the pay structure would be up in arms if they saw, you know, they signed PBC and then there’s, you know, you’re looking at a McGregor sells a 2 million pay per view buys with him and Khabib in a rematch and McGregor gets $20, $25 million and Khabib gets $5 (million). And then Wilder’s fighting someone and he just got 50 million on the same sales amount, you know, you think those guys would go, ‘Wait a minute, there’s something really wrong here that Wilder and Joshua both got $50-to-100 million based on an event that sold the same amount as what we did.’”